I am sure there are times when you just want to eat something sweet, be it chocolate, sweet, or whatever.

So, let's start with what sugar cravings are.

‘Sweet is the first taste which humans prefer from birth’ says Dr. Christine Gerbstadt of the American Diabetic Association.

This statement seems to explain our hardwired desire to consume high amounts of sweet, sugary foods which is characteristic of sugar cravings.

The consumption of carbohydrates which are rich in sugars results in the release of a neurotransmitter, serotonin which contributes to the development of well-being and happiness.

The problem with sugar cravings is that excessive consumption of sugars results in various disorders and diseases including diabetes and obesity.

It becomes very important to ensure that our diet is a balanced one and does not contain excessive sugars.

However, due to sugar cravings, it becomes very difficult to restrict the consumption of sugars.

One of the easy ways to control sugar cravings is the consumption of cinnamon which is easily available and tastes slightly sweet as well!

The cinnamon tree is native to South America and South East Asia.

It has been widely used as a herb and a spice for centuries and in recent times, scientists are attempting to elucidate the other medicinal benefits of cinnamon.

How does cinnamon help to control sugar cravings?

There are numerous causes of sugar cravings including a yeast or fungal infection, irritability and hormonal changes.

Cinnamon has the ability to influence or improve all these conditions to a certain degree and can thus help to reduce sugar cravings. 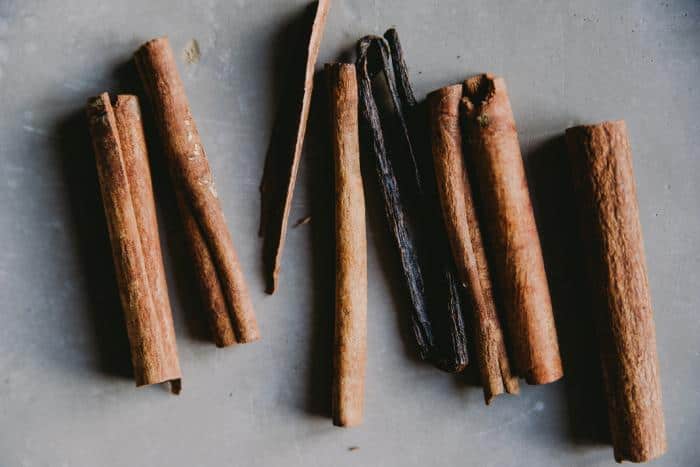 A tremendous amount of research work has been carried out to study the effects of cinnamon consumption on the blood sugar levels.

One such study carried out by the American Diabetic Association involving 60 patients of Type 2 diabetes.

They showed that a dose of cinnamon ranging from 1-6g for 40 days helped to lower the blood glucose level by 18-29%.

A study in 2006 showed that the consumption of 3g of cinnamon extracts can help to significantly lower plasma glucose levels.

This was carried out in patients of Type 2 diabetes.

Another group in 2011 carried out meta-analyses and showed that cinnamon and its extracts are effective in lowering the fasting blood glucose levels significantly.

An exhaustive clinical trial involving 311 patients was carried out and it reported a significant reduction of fasting blood glucose levels upon consumption of cinnamon.

It also stated that cinnamon could be used as a good anti-hyperglycemic drug.

In the case of sugar cravings, the presence of high levels of glucose in the blood can result in the development of diabetes, cardiovascular and metabolic disorders as well as obesity.

What it means: Since cinnamon can effectively reduce the levels of glucose, it can be used to treat sugar cravings.

One of the major causes of sugar cravings is the presence of yeast such as Candida.

These yeast species feed on the sugar present in the body and result in the development of sugar cravings.

The presence of sugars also helps in enhancing the rate of growth of the fungus and it may become virulent.

As soon as the sugars get used up, the yeast sends signals to the brain triggering the further release of sugar and enhancing the cravings.

Thus, a vicious cycle is initiated and may result in the over-consumption of sugar.

Cinnamon contains an ingredient known as o-methoxycinnamaldehyde. This is the ingredient which is responsible for its antifungal activity. It is known to inhibit various fungal species at a concentration as low as 100-200 μg/ml.

A study published in 2009 has shown that cinnamon oil is the most effective essential oil in inhibiting the growth of three Candida strains.

Large zones of inhibition were observed when treatment with cinnamon oil was given.

Another study showed that cinnamon oil is a natural anti-candidal agent. In this study, they tested the efficacy of cinnamon oil against two cultures of Cadida- Candida pasapsilosis and Candida orthopsilosis.

What it means: Thus, the consumption of cinnamon will help to inhibit the growth of various fungal species in the body at very low concentrations.

The gut of all human beings is rich in numerous species of bacteria which are collectively known as gut bacteria.

These bacteria thrive on the sugar present in the digested food and consume it for their own growth and proliferation.

Thus, it results in the development of sugar cravings.

Cinnamon is known to be a powerful anti-microbial and anti-bacterial agent.

In a study performed in 2008, the essential oils of cinnamon were tested for their efficacy in inhibiting the growth of microbial strains.

The oils were effective against Listeria monocytogenes.

What it means: Thus, cinnamon consumption can help to inhibit the growth of the gut bacteria and thus, reduce sugar cravings.

A study at Yale University has determined that sugar is highly addictive and it alters that part of the brain which is involved in impulse control.

Sugar cravings are developed due to this lack of self- control and these sets in motion a vicious, addictive cycle.

Due to a phenomenon known as ‘adrenal overload’, people feel irritable and in turn crave sugars.

The adrenal overload results in an excessive release of a stress hormone known as the adrenaline from our adrenal glands.

In a stressed condition, these glands do not function properly and we begin to crave sugar to feel energetic.

A study at the Wheeling Jesuit University has indicated that cinnamon may help to enhance alertness and decrease frustration and irritability.

What it means: Cinnamon can prove beneficial in reducing stress and irritability and ensuring proper release of the stress hormones. In turn, the body will not turn to sugar as a source of instant energy, reducing the sugar cravings.

5. Cinnamon helps to improve the digestion of food

The breakdown product of digestion is glucose which is assimilated by all the cells of our body to meet all the energy requirements.

As cinnamon helps to improve digestion, it would ensure better absorption and assimilation of nutrients.

Moreover, the presence of undigested food promotes the further growth of yeast and this in turn results in the development of sugar cravings.

6. Cinnamon can serve as a sugar substitute

Since cinnamon itself tastes slightly sweet, it can be used instead of sugar in tea, coffee, and other preparations.

Thus, the consumption of sugar itself would decline and reduce the craving for sugar.

Read the recipe of cinnamon tea>

There are two variants of cinnamon which are available in the market-Cassia cinnamon and Ceylon cinnamon.

Ceylon cinnamon is the true cinnamon whereas Cassia cinnamon contains coumarin, a toxic compound which can cause liver and kidney damage.

Thus, it is necessary to ensure that you are consuming the right type of cinnamon.

Also, the daily dose of cinnamon should not exceed 4-6g and should not be consumed for a long period of time.

Always make sure to consult a physician before you consume cinnamon as a medicine or health aid as it may interfere with some medication or other drugs.

Sugar craving is a condition in which the body has the natural urge to consume excessive sugar.

This may result in obesity, diabetes, and other disorders. The sweet tasting cinnamon can act as a natural method to control sugar cravings.

Cinnamon reduces blood glucose levels, it reduces irritability and it is an excellent anti-fungal and anti-microbial agent. In addition to this, it also improves digestion and can be used as a sugar substitute.

Thus, through its numerous actions, cinnamon can help to cure sugar cravings.

READ THIS NEXT -
Is Coconut Oil Good for Massage?
3 Science Backed Benefits of Coconut Oil in Dermatitis
Cinnamon Oil For Cavities
Is Aloe Vera Shampoo Better than Your Usual Shampoo?
How Spirulina Boosts Your Immune System
Cinnamon and Honey