Cavities are structural damage to our teeth caused usually by tooth decay.

It is a very common disorder that occurs in people of all ages and causes tooth loss, especially in children.

Bacteria present in our mouth combines with saliva, food debris and acid to form plaque. Plaque is sticky and holds fast to teeth.

When it is not regularly removed it dissolves tooth enamel and causes cavities.

These start off as small holes which grow bigger and become painful when they affect a nerve.

Symptoms include pain after consuming hot, cold or sweet food and beverages.

Treatment depends on the size of the cavity and could involve fillings, crowns or root canals.

This includes brushing teeth at least twice and after eating sticky foods and gargling. 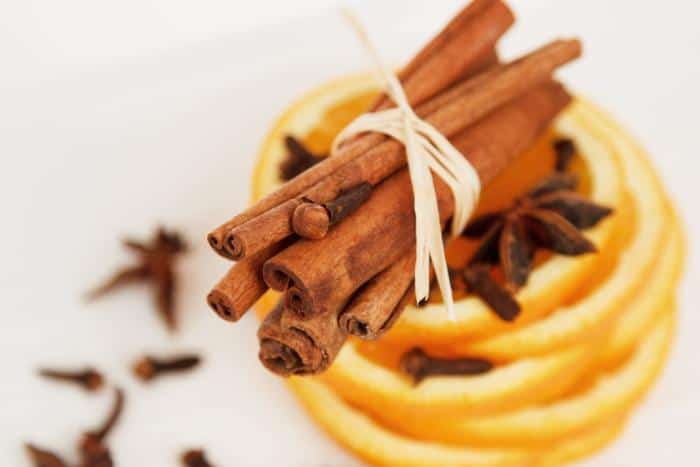 Cinnamon is got from the evergreen cinnamon plant.

The bark or powder is commonly used as a spice to flavor foods.

Cinnamon oil which is derived from the bark or leaves is used in aromatherapy.

The two most commonly used cinnamon varieties are Ceylon cinnamon or true cinnamon and Cassia or Chinese cinnamon.

Our grandmothers and their ancestors probably used a toothpick soaked in cinnamon or clove oil to treat many kinds of aches and pains including a toothache.

The cinnamon essential oil can be used like clove oil to kill bacteria that cause periodontal disease and ease a toothache.

Historical recordings show that dentists used cinnamon oil in cavity treatment since it was tasty.

They used to clean out a cavity of all debris and then pack it with a paste made from cinnamon or clove oil, carbolic acid, and morphine.

Modern dental practices do not use these methods.

Studies have been conducted which found that certain bacteria were sensitive in their reaction to eugenol and clove oil.

Hence these two oils are used to make pastes due to their antibacterial properties.

In one study, the antimicrobial activity of cinnamon oils – cinnamaldehyde, benzaldehyde and cinnamyl acetate were examined.

They were studied to find out their effect against 4 Candida species and 21 strains of bacteria.

This study demonstrates that cinnamon oil can be used for therapeutic purposes to treat infections and diseases caused by such bacteria.

Since cavities are caused by plaque which is caused by bacteria, cinnamon could be used to treat cavities too.

It has been suggested that cinnamon leaf oil may provide quick relief from pain due to inflammation caused by cavities rather than cinnamon bark oil.

This is because it has antiseptic qualities and can dull pain.

For a simple home remedy for cavities, try this mouthwash.

Combine together 1 tbsp vodka; ¾ cup distilled water and one drop each of cinnamon, clove, and myrrh essential oil.

After brushing your teeth, rinse your mouth with just one tablespoon of this mixture which has a very distinctive flavor.

It will leave your mouth feeling fresh and free from bacteria. This mixture can be stored for up to six weeks in room temperature.

Excess use of cinnamon oil – toothpaste, mouthwash or chewing gum-based products – could cause inflammation and irritation of the mucous membranes of the mouth, tongue, and lips.

If you wish to use cinnamon oil for gargling, always dilute it.

If inflammation persists, then discontinue use until the symptoms disappear.

Cinnamon in food does not cause side effects.

High doses could cause indigestion or diarrhea. Pregnant women, diabetics, those with liver problems are advised to avoid cinnamon products.

READ THIS NEXT -
5 Benefits of Argan Oil in Thrombosis
Can Cinnamon and Honey be Used for Detox?
4 Benefits Of Manuka Honey In Food Poisoning
Can Cocoa Benefit In Influenza?