We have always heard about the benefits of honey in weight loss, cough, bacterial infections, etc. But have we ever heard about a honey that helps in the healing of wounds?

Yes, it is true! It is not just topical creams and leaving the wound open to air that hasten its healing process. New studies have investigated, as we will go through in this article, the importance of honey in wound healing. The studies will clear all your doubts, concerning not just wound healing, but many other properties that can be used, concerning honey.

The studies will clear all your doubts, concerning not just wound healing, but many other properties that can be used, concerning honey.

We would take into account two honeys, Manuka honey and Buckwheat honey. No, as the name suggests, the latter one does not come from “wheat”! We will get into every detail to put an end to your curiosity!

What is Manuka Honey?

Manuka honey is from New Zealand. It is called so because of the flowers it is derived from, which grow on the “Manuka” tree. It can be in the form of a tree or a bush. These bushes have flowers from which bees derive the nectar and make honey.

This honey has uses that nobody could imagine. Could you ever guess, that a simple substance such as honey could help with conditions such as ulcers, inflammation and pain, or could have wound healing, pathogen-inhibiting properties? Manuka honey does.

Manuka honey is made by the bees from the nectar of the flowers of Leptospermum scorparium, which is the scientific name for the “Manuka plant”. The trees from which Manuka honey is derived are around 1800 meters above sea level. Manuka trees are found in rich, dry hillsides and also in wetlands. It belongs to the family “Myrtaceae”.

What is Buckwheat Honey?

About Buckwheat honey, it comes from the flower of buckwheat grain. Buckwheat (Scientific name: Fagopyrum esculentum) is not in any way related to wheat.

It is called so because it has seeds (that look like grains) and are full of complex carbohydrates. It belongs to the family “Polygonaceae”.

It is found in southwest, central and northeastern parts of Illinois, United states. It was, in the Middle Ages, introduced from Central Asia into Europe and finally into the United States.

The plant grows in irregularly mowed lawns, along roads and also in waste areas. It prefers disturbed habitats to grow. It also requires a well-drained soil.

Manuka Honey vs. Buckwheat Honey: Which Is Better?

So, how are the two honey different? Do they consist of different ingredients? Do they work differently? Let’s jump into it!

The antibacterial activity of Manuka honey was compared to that of buckwheat honey. The bacteria chosen were E. coli and B. subtilis.

It was observed that the bactericidal activity of the honey depended upon the concentration of honey as well as presence of hydrogen peroxide. The buckwheat honey was found to be a useful agent in the killing of bacteria, having more efficacy than that of Manuka honey.

Buckwheat honey is darker in colour. Buckwheat honey was found to be a more active honey. It was required in lesser amounts than Manuka honey in order to inhibit the growth of pathogenic bacteria.

For the healing of wounds, the efficacy of Manuka and Buckwheat honey was tested. It was observed that Buckwheat honey had the potential of acting on a wider number of genes related to the proliferation of keratinocytes (skin cells) and also regulated some genes that helped in the repair of wounds.

In a study published in “Burns Trauma”, 2013, it was reported that honeys have the ability to heal wounds by increasing the activity of fibroblasts (cells that produce collagen, help in healing of wounds). The honey did show wound healing activities, however, the efficacy was different for Manuka and Buckwheat honey. Buckwheat honey specifically helped in increasing the secretion of substances such as interleukin-4,

Buckwheat honey specifically helped in increasing the secretion of substances such as interleukin-4, interleukin-6 and interleukin-8. These are the substances that help in the closure of wounds. Hence it’s efficacy was more as compared to that of Manuka honey. 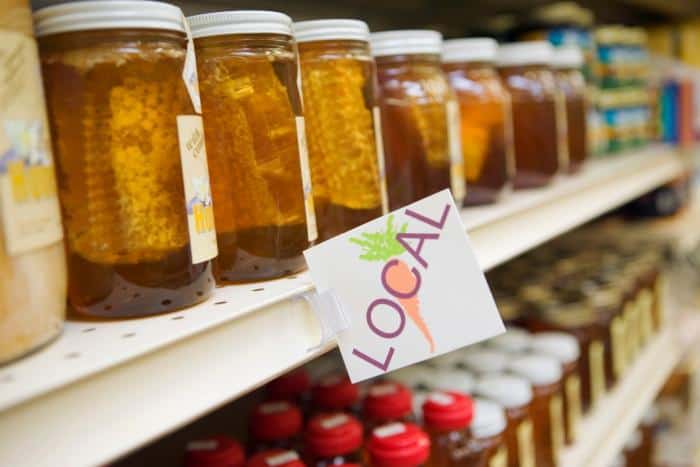 UMF (Unique Manuka Factor) is a measure of antibacterial activity that is present in Manuka honey. This activity keeps the honey working against bacteria even when the normal properties of the honey are destroyed.

A potent Manuka honey would be that of a UMF 10. A study was conducted and suggested that a UMF of 20 is safe for the consumption of healthy individuals.

Manuka honey also contains substances known as “polyphenols” which give anti-oxidant properties to the honey . The polyphenols work by inhibiting or reducing the oxidation that occurs and damage the body tissues due to their oxidation.

Manuka honey is famous for its high content of “methylglyoxal” that makes Manuka honey antibacterial in nature. Manuka honey has been found to be efficient in inhibiting growth of bacteria such as E.coli and S.aureus.

However, in case of Buckwheat honey, the main active component was found to be hydrogen peroxide. It works as agent that steals electrons from the bacteria- it could be the cell membrane, or the DNA, completely disrupting them.

What are the health benefits of Buckwheat honey?

Here are some of the health benefits of Buckwheat honey proven by research:

What are the health benefits of Manuka Honey?

Here are the top proven health benefits of manuka honey:

It is recommended that one takes a teaspoon or two of Manuka honey before a meal so that it coats the walls of the gastrointestinal tract and protect us against infections and damage.

Buckwheat honey can be taken 30 minutes before bedtime to prevent cough. A teaspoon would be enough.

However, due to high sugar content, diabetics should be careful with the quantity of honey they ingest.

A patch test can be conducted if one is interested in the topical application of the honey, just in case, as an allergic reaction may occur.

As we saw, both the honey have great uses of their own. One may be better than the other for one condition or more. We cannot “pick the better one”.

While Buckwheat honey can be good for nocturnal cough or wound healing, Manuka honey can be used against ulcers or pathogens inhabiting the gastrointestinal tract.

If mother nature gave rise to pathogens, it also gave rise to the cure of the diseases they caused. In this case- it is honey! It is only up to us how we use it and when we use it!

1 thought on “Manuka Honey vs. Buckwheat Honey: Which Should You Choose?”