Arthritis is a serious and chronic condition of joint disorder with severe pain which may even lead to disability if not treated. The patients also present with symptoms like swelling and stiffness of the joint. What happens in this disorder is more likely explained to be the inflammation of the synovial joint for over a long period of time which eventually leads to the erosion of the cartilage joining them (called the articular cartilage).

The disease is more common in females with a calculated ale female ratio of the disease as 1:3. Present solution for the condition is treatment with drugs like non-steroidal anti-inflammatory drugs (NSAIDs) and disease modifying antirheumatic drugs (DMARDs) but with several side effects that may even worsen the patient’s condition like the person becomes susceptible to various infections, suffers from heartburn, ulcers, bleeding and osteoporosis. But there is still one solution same as these drugs but without any side-effect or disadvantage i.e. coconut oil. Its antioxidant and anti-inflammatory properties are known to be responsible for the cure of the condition. With the condition worsening, the person may become disabled within 20 years.

How and why coconut oil helps in arthritis? 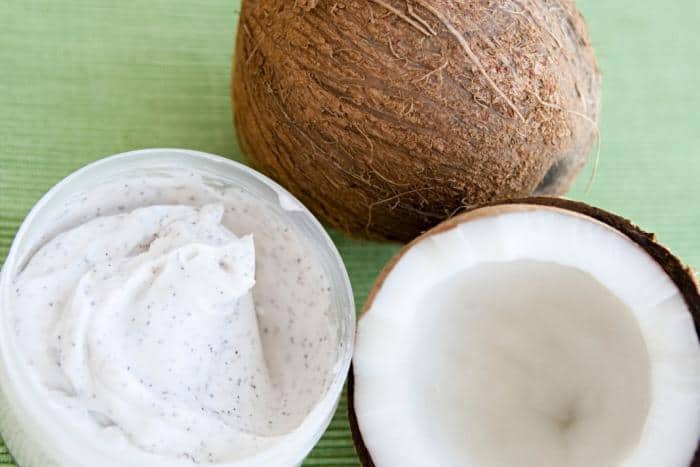 Antioxidant and anti-inflammatory properties present in the coconut oil is a well known fact. Besides that, coconut oil massage is also known to help in case of patients with arthritis. The oil lubricates the joint and reduces the stiffness of the joint. It helps in improving the circulation on the affected area and loosens the joints. This helps in improving the mobility of the patient. Coconut oil relieves the pain of the patient too by increasing the blood circulation. Oil massage also provides the person with a warming effect. The oil provides the bone and the joint with enough strength thus preventing it from further deterioration.

A study was conducted by the researchers of St. Thomas College, Government Medical College, Government Ayurveda College and MSM College, Kerala, India that was aimed at investigating the antioxidant and anti-inflammatory properties of the polyphenols present in the virgin coconut oil. It was a 21 days study. The study chose arthritis induced rats for the same. The rats were induced with the disease by an intradermal injection of Freud’s adjuvant. It is an adjuvant most popularly used in research. It is an emulsion of water and any non-metabolizable oil that happens to be an immunopotentiator or booster.

The researchers evaluated and estimated the actions of all the enzymes involved against inflammation, oxidation and lipid peroxidation. The rats were provided with coconut oil at a dose of 80 mg/kg. it was observed that there was significant inhibition of edema and decrease in inflammatory cells and genes including interleukins and tumor necrosis factor. The results were non toxic.

Coconut oil contains medium chain triglycerides (MCFAs) like lauric acid, capric acid, caprylic acid, caproic acid and many more. MCFAs are unique type of fatty acids which undergo a very different kind of metabolism. They bypass the bile metabolism which is aided by bile salts and acids. Instead, they undergo direct metabolism in the liver and is used as an immediate source of energy. This energy liberated from the oil is prolonged and the MCFAs are circulated throughout the body for a long time in order to allow effective healing of the damaged tissues due to its anti-inflammatory action. This action gives a soothing effect and relieves pain.

Authors of the same study mentioned before stated that the antioxidant property of coconut oil helps in reducing inflammation of the joints caused in arthritis. A research conducted by Michigan State University, Michigan, was done to investigate antioxidant properties of various fatty acids present in food. Various saturated fatty acids were tested with cyclooxygenase enzymes to reveal their antioxidant properties. Out of all the saturated fatty acids, lauric acid was one of the most effective and inhibitory. Lauric acid is an important constituent of coconut oil (40%) which is well known for its antimicrobial properties too.

Coconut oil also helps in the effective absorption of various minerals including calcium. As concrete is to a building, calcium is to a bone. It is the most important requirement for a bone’s health. Efficient absorption of the mineral helps in strengthening the bones thus preventing and helps in curing osteoarthritis. Moreover, usually microorganisms responsible for the inflammation of the joints are usually present deep in their membranes where the antibiotics cannot reach thus making the organisms immune to the antibiotics. Coconut oil is different in this case. The MCFAs present in the oil penetrate deeply and destroy the microorganisms present within the joint membrane.

Found out through various English publications between 1979 and 1995, omega 3 fatty acids are highly beneficial for those suffering from painful arthritis and prove to be an alternative for NSAIDS. These omega 3 fatty acids, though not present in coconut oil, are better used by the body with consumption of coconut oil.

Recommended dosage in therapeutic range is about 20 grams of MCT for daily consumption. 20 grams equal to about 2-4 tablespoons. 2-4 tablespoons of coconut oil is known to ward off any chronic infection according to various research studies.