We never get enough of these weight loss pills! They have a common principle of working, still there are so many versions of them.

Weight loss supplements work in either of the ways:

5-HTP works according to the first principle.

It is a compound that is generally used to treat depression or any condition when your brain’s happy chemical like serotonin goes down.

Now, why exactly would a hormone that makes you feel happy to make you eat less? If you have read our article Appetite suppressants for weight loss then you must have understood that appetite is in the mind!

Therefore any imbalance in this circuitry like low levels of serotonin can hamper our eating behaviour.

This gives rise to binge eating and or eating under stress like behavior.

5-HTP rectifies serotonin levels in the body and reduces appetite in turn leading to weight loss.

5-HTP is not present in our regular foods but tryptophan can be obtained from natural foods.

5-HTP is made from the seeds of an African plant called Griffonia simplicifolia.

5-HTP is generally studied for its effect on brain disorders like depression and anxiety but some research studies investigate its effect on appetite and weight loss. 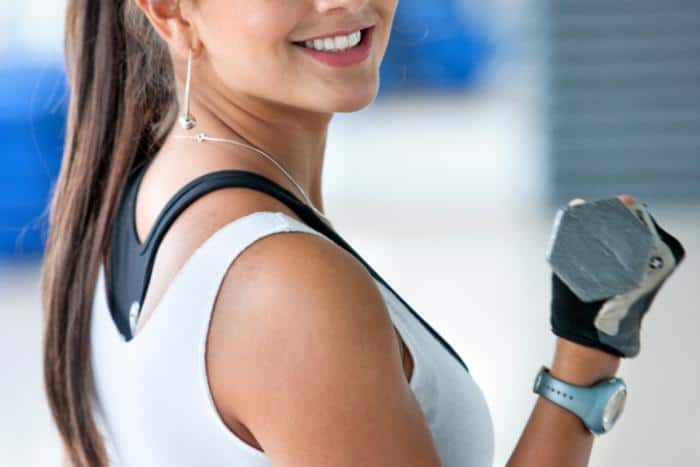 A clinical trial was conducted to assess the effect of a dietary supplement containing 5-HTP obtained from a natural extract in healthy overweight women.

A significant decrease in BMI and body fatness was found in the treatment group.

It was concluded that 5-HTP obtained from Griffonia extract, when administered as a spray to overweight females, was effective in promoting satiety and reducing BMI.

An additional study also proved that this is a safety measure to control appetite.

A study evaluated the effect of 5-HTP in obese individuals on mood state and appetite. This study lasted for 5 weeks.

So you can’t comment much on the results obtained.

What does this mean? 5-HTP, whether produced chemically or extracted naturally, lowers body weight by reducing appetite.

It reduces sweet and fat cravings

Canganio and his fellow researchers proposed a theory that diabetes is characterized by depressed brain serotonin levels, uncontrolled appetite, and carbohydrate craving so 5-HTP supplementation should normalize serotonin levels and eating behaviour.

They conducted an experiment on overweight diabetic patients where these individuals received 750mg of 5-HTP per day or placebo.

The same researchers have proven these findings in obese individuals.

The study lasted for 2 consecutive 6 week periods. For the first week no diet restrictions were placed but the subsequent week a diet of 5040kJ per day was prescribed.

Not only was overall energy intake reduced but specific macronutrient intake was also affected.

These graphs are indicative of the changing trend in food intake in study subjects.

Overall energy intake in 5-HTP treated patients reduced by 5636 kJ per day in first week and then by the end of the second week the intake was around 5326kJ per day.

Carbohydrate intake was reduced by 50% in the treatment group during the first week and reduced further in the second week.

A similar trend was observed in fat intake. These findings show that 5-HTP not only reduces appetite but lowers intake of fattening nutrients.

Therefore it is hypothesized that 5-HTP intake in humans can suppress food consumption occurring as a result of stress like binge eating.

What does this mean?   In addition to controlling appetite research proves that 5-HTP reduces cravings for sugary and fatty food items.

It has a synergistic effect with other appetite suppressants

The drugs used to treat obesity work by controlling appetite. Doctors prescribe a combination of these drugs.

A survey showed that 20% of the obesity specialists (linked with the American Society of Bariatric Physicians ) advise phentermine and 5-HTP/carbidopa.

As per the study 22 subjects lost 16% weight with phentermine in 6 months and an additional 1% with 5-HTP/carbidopa. 1 individual lost 24.4% of his initial weight over 6 months with –HTP/carbidopa treatment.

What does this mean? 5-HTP increases appetite suppressing activity of other medications. 5-HTP works well with carbidopa, but the duo can have side effects.

50mg of 5-HTP is recommended once or thrice a day.

At high doses, it can be toxic so it is advisable to consult a doctor for the right dose.

Certain gastrointestinal symptoms such as nausea, heartburn, the feeling of fullness are side effects caused by 5-HTP.

In case oa f few conditions you should avoid 5-HTP:

FDA banned all tryptophan supplements in 1989 as it was reported to cause liver and brain toxicity as well as other fatal condition called eosinophilic myalgia syndrome.

So it is best to consult a physician before starting on 5-HTP.

But this medication influences serotonin and affects brain’s mechanism.

So unless you actually suffer from a condition that requires serotonin boost and it is recommended by a doctor, we would not advise you to take it.