The idea of fat burners seems to be an answer to the prayers of food addicts and dieters but the concept is too good to be true.

Can we pop pills to burn fat and remain slim all year round?

The answer to the first technically is a yes but the latter part is the problem. Even if it is proven in lab and animal studies will it work on humans?

Yohimbe is an evergreen tree native to Africa and its bark contains compounds which are used to treat erectile dysfunction.

Yohimbine is one such active component present in the bark of the tree that has fat burning activity.

Its standardized extract is available as Yohimbine HCL and it is being developed as a commercial fat burner.

Fat tissue is not just a passive tissue that stores fat.

It secretes hormones and inflammatory chemicals and is now considered as an active organ. Something called adrenergic receptors is present in fat cells.

They are proteins that bind to hormones like catecholamines which induce flight or fight response: widening the pupils of the eye, mobilizing energy, ready for a flight response etc.

There are two types of adrenergic receptors: Beta and alpha.

Alpha units, on the other hand, suppress fat loss by doing the exact opposite.

Research proves that Yohimbe can block alpha adrenergic receptors and cause the loss of stubborn abdominal fat.

Scientific research on Yohimbe's fat burning effect is limited but nevertheless, we will check out what the researchers have to say.

Yohimbe was administered orally to the subjects at a dose of 2mg/kg. An increase in fatty acid levels was observed in the blood.

Also, an increase in norepinephrine levels was seen.

The fat breakdown effect was attributed to increased norepinephrine levels and a decrease in alpha 2 adrenoreceptors stimulation in fat cells.

Another study also reports similar findings and proves that Yohimbe's lipid mobilizing effect is prevalent in both obese and non-obese individuals.

What does this mean? Yohimbine moves fat deposits from fat cells and breaks them down to fatty acids. This is observed in human studies where increased levels of fatty acids in blood were seen as a result of yohimbine administration.

It is proven to control appetite in animals

Appetite suppression was seen in lean mice too but at a higher dose.

Researchers concluded that genetically obese mice were sensitive to this effect.

What does this mean? Appetite is function of neurological and gastric processes. By means of its interaction with the brain yohimbine is proven to reduce appetite in animal studies. 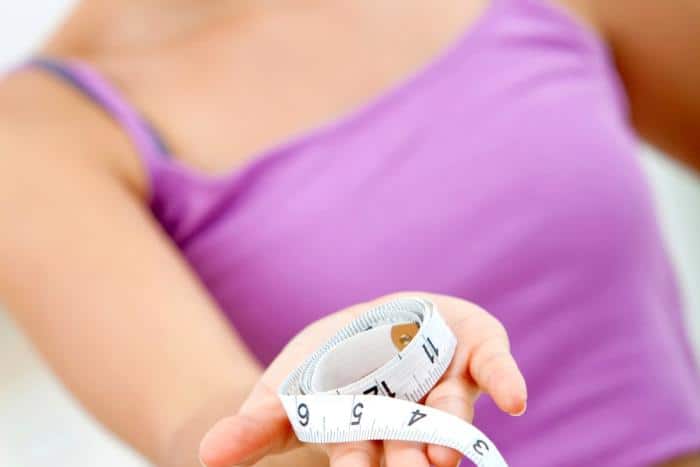 Ketogenesis is a state in which ketone bodies are produced by breaking down fats.

This is the principle behind very low carbohydrate diets that push the body into a ketogenic state.

In absence of carbohydrates, the body starts making ketones by breaking down fats which are utilized as an energy source by the brain.

Blocking of alpha receptors can increase the effect of norepinephrine in inducing a state of ketogenesis and as we know Yohimbe burns fat by blocking alpha subunits.

What does this mean? Yohimbine potentiates the state of ketogenesis where ketones are produced from fats in absence of carbohydrates and this causes weight loss.

It causes fat loss in humans

A popular study quoted in reference to yohimbe’s anti-obesity effect is ‘Does yohimbine act as a slimming drug?’

In this study, obese individuals were kept on a low-calorie diet and received either placebo or 5mg yohimbine 4 times a day for 3 weeks.

The weight loss in the yohimbine treated group was 3.55 kg while the result in placebo group was 2.21kg.

But no significant effect on lipolysis (fat breakdown) or on gastric emptying was observed.

Researchers claim that yohimbine, when taken prior to exercise, can increase lipolysis and levels of free fatty acids in the blood during and after exercise thereby potentiating the weight loss effect of exercise.

. The subjects received either yohimbine 20 mg per day or placebo for 21 days.

Body fat decreased by 9.3% in the yohimbine group and 7.1% in placebo-treated group. No effect on exercise performance or muscle mass was observed.

Scientists concluded that yohimbine combined with resistance training had no significant effect on body composition or exercise performance in athletes but they felt it was a suitable ‘fat loss strategy’.

It is formulated as a transdermal fat reducing agent

Cosmetic formulations are being developed that can reduce stubborn trunk fat when applied topically.

A study was conducted on the premise that inhibition of alpha 2 adrenergic receptors (we have explained this in above sections in case you have missed it) in fat cells can lead to loss of fat.

Obese women were kept on a hypocaloric diet and also given topical fat reduction creams. Yohimbine was used in one of these formulations.

The result was positive.

Another similar study reported that all the other topical fat reducing agents caused reduced girth of the thighs except for yohimbine ointment.

What does this mean? Yohimbine is used in preparation of topical fat reducing agent but research regarding its effectiveness produces inconclusive results.

A study reported that 18mg of yohimbine a day along with a hypocaloric diet had no effect on body composition or lipolysis in humans for 8 weeks.

Another study was designed where 47 obese men received a high dose of yohimbine: 43mg per day for 6 months. Only 33 individuals completed the study.

No changes in body weight, body fat distribution or cholesterol levels were observed.

Waluga et. al conducted a study to assess the effect of caffeine and yohimbine on heart functioning and weight loss in obese individuals.

So differences in results were not significant and the inclusion of a hypocaloric diet made it difficult to attribute the weight loss effect to yohimbine.

Additionally, the scientists noted that yohimbine and caffeine have a negative effect on heart function which indicates that the supplement has to be used with caution.

Another concern about yohimbine is that some studies prove that yohimbe administration can reinforce food seeking or addictive behaviour that generally thwarts you from following a diet.

This is due to the interactions yohimbe has with the brain.

What does this mean? Few researchers have found that yohimbine supplementation has no effect on fat composition and does not cause fat loss. In addition they have found that it can have negative effects on heart health and it also reinforces food addiction.

No specific dose of yohimbine for fat loss has been established.

The dose of 0.2mg/kg body weight is useful for fat burning.

Some studies suggest doses of 20mg per day for fat loss.

Yohimbine has a bioavailability of 20-30% orally and a half-life of 15-50 minutes only.

In addition, it is advised to take yohimbine in a fasted state- like not before meals but around 2 hours after meals.

Ingestion of food reduces the fat burning effect of yohimbine.

Yohimbine’s fat burning ability has been proven in animal and cell culture studies. As far as human studies are concerned the data is pretty confusing and inconclusive.

Also, the fact that it can induce anxiety-like symptoms makes me a little cautious about this supplement. We would not advise taking yohimbine supplement orally to burn fat.