Diet pill industry is booming and despite its repeated failures in devising the miracle drug for weight loss, everyone still hopes for the next gen drug to work better.

Among the varied attempts, glucomannan emerges as a hope.

Glucomannan is a soluble fibre obtained from plant sources. Its primary source is Konjac plant or elephant yam found in Japan.

It is obtained from the roots of the plant. It is used as a food additive or thickening agent.

It is available in different forms:

It acts as a bulk-forming laxative and is used primarily to treat constipation. FDA does not approve any health product or supplement containing glucomannan.

Dietary fibre is a term that describes plant materials that are resistant to digestion.

It consists of polysaccharides (multiple units that make makeup which have unique physical and chemical properties.

Fruits, vegetables, legumes, grain products and nuts are rich sources of fibre. The recommended daily intake of fibre is 25-30g per day.

Dietary fibre aids in weight loss primarily by inducing satiety and curbing appetite. Here are the different ways by which it works :

What does this mean?
Dietary fibre is an essential part of our daily diet since it improves digestion and promotes satiety thereby reducing energy intake. Research  proves that an average of 14g of fibre consumption each day for more the 2 days a week can result in a weight loss of 1.9 kg in 3.8 months.

How does glucomannan help in weight loss?

Glucomannan is a water soluble, fermentable dietary fibre. It is a polysaccharide- it is a long chain of simple sugar molecules.

The link between such molecules (it has a name-beta 1-4 linkages) which cannot be broken by human digestive enzymes and hence passes almost unchanged in the colon where it is fermented by the bacteria.

It can absorb 50 times its weight of water and is one of the most viscous dietary fibres.

Its weight reducing effect is a result of the number of mechanisms. It induces satiety by absorbing water and expanding in the gastrointestinal tract.

It displaces energy of other nutrients and reduces the energy density of the food consumed.

It facilitates faecal excretion of cholesterol and fat.  It slows down gastric emptying which inhibits appetite.

What does this mean?
Glucomannan is a highly viscous fibre which absorbs 50 times its weight of water. It swells in the stomach thereby fooling the body to believe that it is full. It promotes excretion of fats and slows down gastric emptying. Its weight reducing effect is mainly brought about by inhibiting appetite.

A number of clinical trials and studies have been conducted on humans to examine glucomannan’s effect in promoting weight loss by enhancing satiety, improving metabolic parameters and promoting fat excretion.

A review study  states that 2-4g of glucomannan per day induces significant weight loss by promoting satiety and fat excretion.

It also has beneficial effects on lipids and glucose levels.

An 8 week clinical trial  reported a weight loss of 5.5 pounds and reduced cholesterol with 3g of glucomannan consumed prior to meals every day.

What does this mean?
A dose of 2-4 g of glucomannan is found to be adequate in causing weight loss in obese individuals and this effect is mediated primarily by promoting satiety.

It promotes the excretion of fats and cholesterol

In a study  investigating the effect of glucomannan supplementation in hyperlipidemic type 2 diabetes, 3.6 g of glucomannan was given everday for 28 days.

Glucomannan and chitosan combination lowers cholesterol levels by stimulating excretion of fats and cholesterol from the body.

What does this mean?
Another mechanism by which glucomannan prevents weight gain and reduces cholesterol levels is by promoting excretion of fats and cholesterol from the body. Chitosan acts synergistically with glucomannan to bring about this effect. 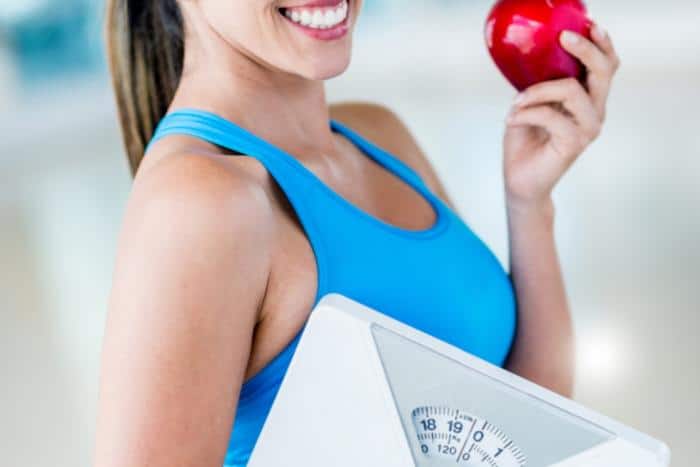 Compared to other fibres, glucomannan is the best when it comes to anti-obesity property

A study  was conducted in Spain to compare the effects of mixed fibre consumption on weight loss.

This was provided twice or thrice a day in combination with an energy restricted diet for 16 weeks.

Guar gum is a polysaccharide obtained from guar beans and alginate is a polysachharide from algae.

All 3 fibre supplements along with a 1200 kcal diet caused significant weight loss at a rate of 0.8kg per week.

Researchers concluded that glucomannan induced weight loss and an addition of fibres did not cause any additional weight loss.

It has beneficial effects on metabolic health

Researchers have found that glucomannan supplementation can be used as an adjunctive treatment for hyperlipidemia (a condition characterised by high blood lipid levels).

Researchers hypothesize that glucomannan supplementation can reduce post meal insulin surges and this can be of use in enhancing liver’s capacity to oxidize fat which translates into weight loss.

One study  proved that addition of glucomannan to meals lowered post meal insulin levels but did not affect glucose tolerance.

To the contrary, another study  proves that a diet rich in Konjac mannan fibre improves glycemic control and reduces insulin resistance (failure of cells to responds to insulin’s activity).

A study  claims that glucomannan fibre in addition to conventional treatment can improve the balance between glucose and insulin levels, blood lipid levels and blood pressure in high risk type 2 diabetes patients.

What does this mean?
In addition to lowering body weight, glucomannan reduces cholesterol and improves glucose and insulin balance which can serve to be therapeutic for metabolic conditions related to obesity.

It can be used to treat childhood obesity

A balanced diet was provided to all. The treatment lasted for 4 months.

These findings led to a conclusion that glucomannan can be used to treat obesity and dyslipidemia in children.

Another similar study  which lasted for 2 months and the dosage was around 1g per day reported almost equal weight loss in both groups.

The only change observed was an improvement in blood lipid levels.

What does this mean?
Scientific evidence on glucomannan and childhood obesity has mixed results. Since it produces a favourable effect on obesity in adults, it is likely to have a beneficial effect on childhood obesity but more studies are required to confirm this.

Glucomannan acts in combination with other weight loss techniques

Improvement in cholesterol and glucose levels, appetite control and adherence to the diet was observed. No side effects were reported.

A clinical trial  examined the effect of adding exercise to a diet supplemented with glucomannan for 8 weeks.

At the end of the intervention, reduction of 3.6-4.0 kg of fat mass was observed. That was around 53-60% loss in fat and waist circumference.

As expected, researchers concluded that addition of resistance and endurance training to a glucomannan diet produces favourable results in terms of body composition and cholesterol levels.

Whey protein in combination with glucomannan works as a great appetite suppressant.

However, this is not the case for Garcinia cambogia.

Researchers evaluated the combined effect of Garcinia cambogia extract and glucomannan on obesity.

Since both have proven to be effective in preventing fat deposition in animal studies it was thought that the treatment would succeed.

Surprisingly the treatment only brought about improvement in cholesterol without any changes in body composition.

Aronia or chokeberries is a fruit belonging to the family of cranberries and blueberries. It is rich in antioxidants and touted as one of the ‘healthiest foods’.

A 4 week long clinical trial  was designed to assess the effect of a supplement on weight loss and related parameters in postmenopausal women with abdominal obesity.

The supplement was 100ml of aronia juice enriched with glucomannan.

Reduction in BMI and waist circumference was observed at the end of the trial.

The treatment also resulted in improvement in blood lipid levels, a decrease in blood pressure and an increase in the activity of antioxidant enzymes.

What does this mean?
Aronia or chokeberry juice supplemented with glucomannan is found to reduce postmenopausal belly in just 4 weeks.

.. But Some Scientists have a different view ..

Adverse events such as abdominal discomfort, diarrhoea and constipation were reported.

A trial  was conducted to evaluate the efficacy and safety of glucommanan supplement for achieving weight loss in overweight and obese individuals.

The volunteers were given 1.33g of glucomannan with 8 ounces of water once before breakfast, lunch and dinner for 8 weeks.

Interestingly glucomannan supplementation for 8 weeks brought about no changes in body weight, appetite or metabolic parameters.

What does this mean?
Despite of studies listing positive effects of glucomannan on weight loss, some scientists claim that it does not produce any significant weight loss results. Gastrointestinal side effects are taken into account in such scientific evidence.

A dose of 2-4 grams per day is sufficient for weight loss.

Most studies follow a dose of 1 gram thrice a day. It is essential to take it 15 minutes or 1 hour prior to meals (breakfast, lunch and dinner) in order to curb appetite.

In case you don’t want to opt for supplements you can try konjac flour which you can add to your juice and smoothies or you can even try Shirataki noodles.

Glucomannan is generally found to be well tolerated.

One precautionary measure that needs to be taken : you need to consume 8 ounces or 1-2 glasses of water while taking glucomannan tablets.

There are chances that this tablet can swell in your food pipe which can be dangerous. So it is vital to consme sufficient water.

Clinical trials on glucomannan present favourable results but what catches my attention is that it acts like an appetite suppressant.

Like what would happen if you stop taking it? Wouldn’t you return to your regular eating habit and regain the weight? Also how long can you continue taking it and does it pose any side effects when taken for so long?

Glucomannan can definitely reduce your daily energy intake if thats what you are looking for. For a more permanent weight loss eat a healthy diet and exercise regularly.

Also, determine the root cause behind what is causing obesity.

Take glucomannan supplements only under a doctor’s supervision. If you have tried glucomannan let us know your experience.