Obesity is a health condition which now has received global attention from experts of all fields related to nutrition and health.

Extensive research has been conducted to not only identify treatments but also to identify causes in order to design treatments focused on that cause.

But apparently, some real internal conditions could also contribute to weight gain.

One such condition is damaged intestinal microflora or microbes living in your gut.

What are gut microbes and how are they linked to weight?

The gut microbes consist of 100 trillion bacteria and over 1000 species.

That is 10 times more than human cells.

The two predominant groups are Firmicutes and Bacteriodetes.

The kind of food you eat affects the bacteria in your guts.

Researchers claim that over the years increase in consumption of refined sugars, saturated fat and lack of fiber, vitamins and minerals has damaged the intestinal microflora leading to the development of obesity.

The first study establishing the link between intestinal bacteria and obesity showed that Bacteroidetes is decreased in obese compared to lean individuals.

Further, the authors found that after weight loss the bacterial population becomes similar to that of lean individuals.

This reduction of Bacteroidetes was confirmed by another study.

A number of studies show that certain intestinal bacterial populations are better represented in lean populations compared to obese counterparts.

These differences in gut microbial population are also seen in obese and lean children.

What does this mean? Intestinal microbes consist of a number of species which aid in digestion, boost immunity, regulate energy balance etc. The intestinal microbial population in obese is different from that in lean individuals.

Human diet affects the gut microbiota which in turn changes the pattern of biochemical reactions in the intestine leading to the development of obesity.

These serve as signalling molecules and bind to proteins called G protein coupled receptors. Together they increase fat storage and energy preservation.

Microbes also regulate the activity of protein ANGPTL4 which is a lipase inhibitor.

Microbial imbalance affects the permeability of intestinal walls which leads to an increase of the concentration of certain molecules like lipopolysaccharides.

These give rise to biochemical reactions which lead to the development of obesity, inflammation and insulin resistance.

Microbiota may also affect the activity of protein AMPK in muscle thereby reducing the breakdown of fats and increasing deposition.

What does this mean? Imbalances in intestinal microflora can lead to increase absorption of calories and fat and also affect proteins and hormones that regulate food intake and fat deposition.

According to WHO, probiotic is a ‘live microorganism which if administered in adequate amounts, confers a health benefit on the host.

The most commonly used bacteria in probiotic products are Bifidobacteria and Lactobacillus. Probiotics are found in dairy products or as supplements like capsules and powder.

They are different from prebiotics which are types of undigestible fibre which serve as food for particular gut bacteria and stimulate its growth.

Consumption of probiotics favors the gut composition towards a specific type of bacteria and the balance of intestinal microflora is replenished thus ameliorating the above mentioned causes that contribute to obesity.

What does this mean? Probiotics are group of microorganisms that help in restoring gut health and they are different from prebiotics which is food for gut microbes. 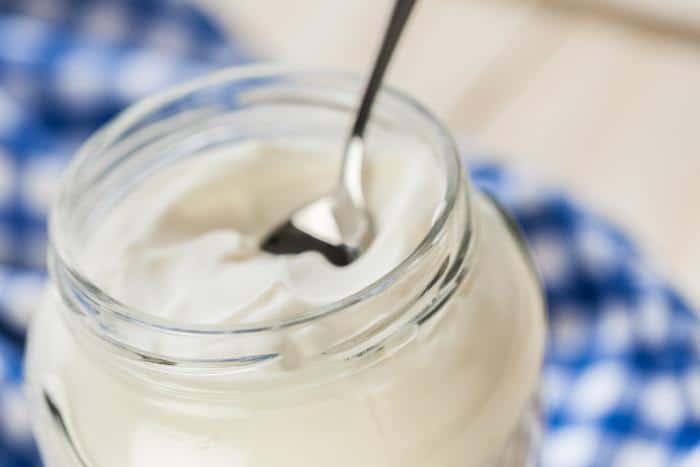 What does research say about probiotics and weight loss?

There is quite some research work on the effect of probiotics on body weight and metabolic health.

A clinical trial was conducted to assess the effect of probiotics on weight loss in obese individuals.

The strain used was Lactobacillus rhamnosus. Reduced calorie diet was provided for 12 weeks followed by 12 weeks of weight maintenance.

They received 2 capsules of probiotics or placebo per day.

Initially, it was observed that there was no difference in weight loss in both groups.

But then when data only from female participants was analysed, a significant decrease in weight loss was observed in the probiotic group compared to placebo group and they conducted losing body weight and fat.

In a Japanese study , individuals with high BMI and abdominal obesity were recruited for this study.

The study lasted for 12 weeks. Average 4.6% decrease in abdominal fat was observed and decrease in body weight was around 1.4%.

A study demonstrated that probiotic supplementation inhibits absorption of dietary fat and thereby prevents the growth of fat tissue.

A Japanese study investigated this same property and it was found that excretion of fats increased in humans after consuming probiotic supplemented milk.

But this is a company sponsored the study.

A study by Megmilk Snow Brand Company demonstrated a 8.5% decrease in abdominal fat within 12 weeks of probiotic supplementation.

But this weight loss was attenuated when participants stopped taking fermented milk.

This component inhibits the activity of enzyme lipase (this enzyme helps in the absorption of dietary fat) and prevents the accumulation of fats in fat cells.

In a study healthy but overweight participants were provided with three treatments:

Decrease in body fat was observed in all groups but was highest in the group taking L. amylovorus.

Average decrease in body fat was 4% with L.amylovorus consumption and 3% with L.fermentum consumption.

Researchers at Virginia Tech were pretty confident about the anti-obesity effect of probiotics. In this 4 week study participants were provided with a high fat, hypercalorie (higher than regular calorie intake) diet.

They received either VSL#3 (a probiotic supplement) or placebo daily.

It was concluded that VSL#3 supplementation offers modest protection against diet induced obesity.

Madjd et al demonstrated that probiotic yogurt in comparison to low fat yogurt does not have any significant effect on body weight reduction but brings about a moderate improvement in blood lipids.

However, researchers from the same university have demonstrated that probiotic yogurt along with low calorie diet brings about a significant reduction in body weight, body fat and inflammation in comparison to low calorie diet alone.

Here is probably the only study that states that eating cheese helps in weight loss!

Scientists conducted a study where a low calorie diet supplemented with probiotic cheese or normal cheese was provided to individuals with obesity and hypertension.

Significant reduction in BMI was observed in probiotic cheese group and also reduced consumption of BP medications was observed.

Changes in intestinal microbe were observed but whether the weight loss was an effect of reduced calories or probiotic cheese is something that needs more light.

What does this mean? Probiotic supplemented dairy products may help prevent weight gain but larger studies are required to confirm this evidence.

The composition of gut microflora at an early age can predict weight development in children.

What does this mean? Probiotic supplementation at an early age can prevent subsequent weight gain in children.

A study was conducted to assess the effect of fermented milk on satiety.

Individuals had a lesser appetite and felt fuller after consuming fermented dairy beverage but there was no effect on meal consumption.

Evidence on probiotics’ effect on appetite is limited and inconclusive.

What does this mean? Probiotics’ effect in controlling appetite in humans is not strongly backed by research.

Researchers at the University of Alabama, Birmingham have found that the link between gut microbes and obesity is an association rather than causative factor.

As per their observation, they feel that modulation of gut microbes can affect body weight in animals but not humans.

What does this mean? A number of research studies demonstrate that probiotics are ineffective in causing weight loss and some also consider imbalances in gut microbes to be a feature of obesity rather than a causative agent.

Probiotics are found to be therapeutic in case of:

If you are opting for capsules or supplements then follow the dose as mentioned by the manufacturer.

In the case of fermented drinks or dairy product, one serving a day should be just fine.

In case you are lactose intolerant avoid dairy products supplemented with probiotics. You can experience gastric discomfort initially as it works towards improving digestion.

Individuals with overly compromised immunity are advised not to consume probiotics.

The modern diet impairs the intestinal microbial population and restoring this microflora is essential so as to close the gateway for diseases. Probotics can help you do that.

You can consume probiotics, irrespective of the weight loss goals, in order to ameliorate diet induced damage and improve immunity.

However this is one of the ways to improve your gut health and a healthy diet supplemented with fruits, veggies and fibres is the first on the list.