Busy lifestyles, desk jobs, lethargy and lack of physical exercises makes it very difficult to stop those kilos from piling on.

There are times when people do try to lose weight, but there is a hardly positive result.

There are some things we cannot help, such as a busy lifestyle, traveling for jobs, studying for competitive exams.

These conditions divert our attention from our health and we are unable to focus on what the weighing scale is trying to tell us.

Once the weighing scale is ignored, other problems come up, such as obesity, abnormal cholesterol levels, diabetes, and other cardiovascular diseases. We need to stop this somewhere.

This is where supplements come in to play.

A similar supplement, that helps with weight loss is the “yacon” syrup. Yacon syrup is a sweet substance which is derived from the roots of a plant called “yacon”.

This plant has “tuberous” roots, (roots which are enlarged and thick). It can grow well in places such as Australia, New Zealand, Nepal, though it has now been introduced to China, Korea, and the Philippines.

It is, however, indigenous to Brazil, Bolivia, and Peru (hence also called Peruvian ground apple).

The key compound present in yacon syrup is “fructooligosaccharide”, which is nothing but a carbohydrate made of fructose.

This is responsible for the sweet taste of the roots.

Fructooligosaccharides travel throughout the gastrointestinal tract of humans but do not get broken down and hence do not have a high calorific value.

So how does yacon syrup help in weight loss? Read on!

Insulin helps the cells of the body utilize glucose.

However, due to insulin resistance, there is a lot of free glucose that keeps circulating in the body. This is the leading cause of type-2 diabetes.

Also, in case of obesity, cells become inflamed and thereby become less sensitive to the action of insulin.

The inflammation leads to a release of free oxygen radicals in the body that damage cellular membranes, break them and also form plaque in the arteries that lead to cardiovascular diseases.

When pre-menopausal women, obese women with slightly abnormal cholesterol levels were given dietary yacon syrup for a period of 120 days, their waist circumference, body weight and BMI (body mass index- the measurement of fat in the body) were significantly decreased. A slight decrease in low density lipoprotein (LDL) cholesterol was observed but the satiety was increased.

As mentioned earlier, fructooligosaccharides are the key ingredient in yacon syrup.

The diets of subjects were supplemented with yacon syrup, there was a decline in the serum glucose levels, which occurred due to the presence of fructooligosaccharides.

Fructooligosaccharides were also found to have a lipid-lowering effect in an animal study.

An animal study published in “Nutrition and diabetes” in 2013 reported that when the diets of the animals was supplemented with yacon root (from which the syrup is extracted), the insulin and glucose levels in the body declined, indicating lowering of insulin resistance.

In another animal study investigating the effect of yacon in diabetes, there was an improvement observed in the lipid profile as triglycerides were reduced and the good cholesterol (HDL- high density lipoprotein cholesterol) had increased.

What does this mean? Yacon syrup prevents obesity by regulating cholesterol levels, preventing insulin resistance and has an overall lipid lowering effect.

2. Fiber content of yacon may benefit in weight loss

You might have noticed, people on a weight loss program are usually advised to include a lot of fiber in their diet.

They are asked to do so because it makes us feel full as it occupies more space in the stomach.

It also clears the gastrointestinal tract of toxins and enhances bowel movements, assisting in showing a decreasing number on the weighing scale.

Yacon syrup also has fiber in it in the form of “inulin”.

There is no doubt that people who are suffering from obesity often have low self-esteem, are extremely self-conscious and might even feel alienated.

It has been observed that obesity can also lead to depression.

Inulin comes to the rescue in this case as it can also act as an antidepressant.

An animal study proved that the carbohydrates similar to inulin, derived from yacon are capable of reversing depression.

At times, a high fiber diet may cause flatulence and painful bowel movements.

This can hinder the proper clearing of the digestive tract and an inability to get rid of certain toxins and losing weight.

However, yacon syrup has been known to ease bowel movements. The time that the food takes to move through the colon is called the “colon transit time”.

Supplementation of (20g) yacon every day into the diets of subjects over a 2-week period, the bowel movements were significantly better and decreases the colonic transit time.

Yacon was also observed to ease constipation as well as its symptoms including flatulence, abdominal pain and abdominal strain after it was consumed for a period of 30 days.

What does this mean? Yacon syrup consists of “inulin” which is a form of fiber, which eases bowel movements and acts as an anti-depressant to aid weight loss. It also relieves the gastrointestinal tract of gastrointestinal disorders such as abdominal cramping and pain. 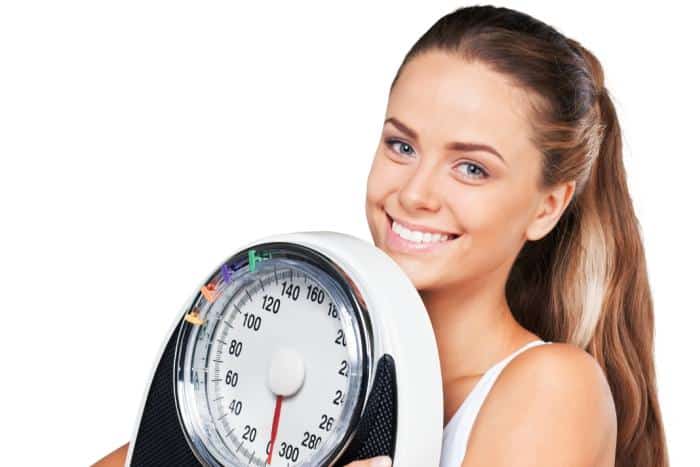 As fructooligosaccharides and inulins are one main ingredient present in yacon syrup, let’s see how they contribute to weight loss! They lower ghrelin levels

Ghrelin is also known as the “hunger” hormone. It is secreted when we have an empty stomach. An animal study reported the effect of inulin on appetite regulation.

It was observed that inulin decreases ghrelin levels in the body of the animals, along with glucose and insulin levels.

This resulted in lower food intake.

There was a higher feeling of satiety and subjects felt more full.

What does this mean? Inulin regulates the production of ghrelin and fructooligosaccharides too, were found to decrease food intake and increased the feeling of satiety.

Apart from the benefits of fructooligosaccharides mentioned above, there are many other benefits that these carbohydrates provide us with.

We all have bacteria, that are needed by the human body, throughout our digestive tract.

Once yacon syrup is consumed, the bacteria present in the intestines digest the fructooligosaccharides and in turn produce short chain fatty acids which have powerful effects against obesity.

Certain short-chain fatty acids prevent gastrointestinal cancer, cardiovascular diseases, acidification of the colon as well as other disorders from developing. Some regulate the cholesterol in the body.

This, in turn, is capable of reducing serum lipids.

An animal study also demonstrated that when the diet of the animal was supplemented with a short chain fatty acid, it prevented the onset of insulin resistance and obesity.

There was a reduction in body fat content but an increase in insulin sensitivity.

The oligosaccharides from yacon have been used in traditional foods due to their antimicrobial, antidiabetic and antioxidative effects. Hence, they have been considered safe to use, without any toxic effects.

What does this mean? Fructooligosaccharides reduce lipid levels, increase insulin sensitivity and also had antioxidative effects.

It is often observed that obesity causes inflammation in the body, and so does diabetes. This is why we often see people suffering from diabetes on anti-inflammatory drugs.

Due to inflammation, there is a release of free oxygen radicals into the body.

Though they are meant to destroy pathogens, they sometimes damage the cells of our body’s membrane.

If this occurs inside arteries, it can cause plaque to accumulate and cause many other cardiovascular diseases. Yacon syrup prevents oxidative stress.

This is possible because yacon was found to consist of many bioactive compounds and antioxidants were one of them.

As yacon syrup is derived from the tuberous roots of the yacon plant, the roots have been found to be a good source of antioxidants.

The cholesterol levels also reverted back, close to normal.

The antioxidants that result in the inhibition of oxidative stress were found to be tryptophan and chlorogenic acid.

To obtain maximum benefit from yacon syrup, it must be consumed raw. One should check the container for any added preservatives.

It can be taken in the form of a syrup or even tablets.

As it has a sweet taste, it can be added to any drink, such as tea.

It can be taken twice, before meals- so, you can take it (a teaspoon of yacon syrup) before two main meals. Most people got significant results after 1 month of consumption.

Before consuming yacon syrup for a long duration of time, one must check for allergies. Take a small amount first, as you are introducing a new substance to your body, you would never know how the body would react to it.

Research suggests that there are chances of kidney toxicity associated with yacon consumption.

However, there is only one study that shows that yacon syrup may assist in weight loss.

If you have tried yacon syrup for weight loss, do share your experience with us.