Pulses are a group of plants that are cultivated exclusively as dry grains and not for extraction of oil as in case of other plants that have pods such as peanuts.

Pulses are a rich source of dietary fiber.

They are a good source of digestible protein and carbohydrates Pulses are low in energy density.

These and another few components present in pulses are responsible for the energy regulating property of pulses which helps in weight loss.

Multiple factors are involved in regulating appetite and energy balance, few of which are discussed below:

Satiety: Satiety is the feeling of fullness after a meal. Consumption of pulses supports a slower return of hunger and facilitate lower energy intake. Proteins, dietary fibre and certain carbohydrates present in pulses stimulate satiety.

Slow gastric emptying:  Gastric emptying is the process by which food leaves the stomach. The dietary fibre present in pulses is digested very slowly.

Also, certain starches constituting pulses are resistant to digestive enzymes. These together slow down the digestive process and reduce appetite.

Digestive enzyme inhibitors: Pulses contain certain compounds which prevent the digestive enzymes in our body to breakdown proteins and carbohydrates. This plays an important role in weight regulation.

Energy density: Since pulses are low in energy density, they contribute to satiety and limit further energy intake.

After understanding the above concepts, let's find out what science says about pulses and weight loss.

Following research studies demonstrate various dietary patterns and interventions by which pulses have been tested for weight loss.

1. Pulses as a source of Dietary fibre

Pulses contain approximately 15-32% dietary fibre. Of this 33-75% is insoluble fibre and rest is soluble fibre.

Insoluble fibre has a laxative effect- it allows food to pass through the digestive system which helps reduce absorption of fats and cholesterol.

Soluble fibre, on the other hand, helps to maintain healthy blood cholesterol levels and helps the body derive energy from fat.

Subjects were asked to consume either of the two 1400 calorie diet which contained 25-35g fibre from beans or from fruits, vegetables, and grains.

It was observed that both the diets resulted in almost the same outcome. Calorie intake was reduced from around 1600 kcal/day to 1300kcal/day.

Mean weight loss was about 1.4 kg. Participants reported an increase in fullness and reduced appetites.

The National Health and Nutrition Examination Survey conducted in Canada assessed the trend of nutrient intake and other parameters in bean consumers.

Compared to non-consumers, bean consumers were found to have lower body weight and small waist size.

Bean consumers had a higher intake of dietary fibre and minerals.

Bean consumers were had 23% reduced the risk of increased waist size and 22% reduced risk of being obese.

Whole grain intake is said to help in weight loss. A clinical trial compared the effect of consuming a diet rich in pulses and whole grains to a control diet on weight loss and nutrient intake.

Dietary fibre and nutrient intake increased in the intervention group.

Mean weight loss, however, was not different in either group. (around 6 kg) Waist circumference decreased in the intervention group compared to control.

An experimental trial was conducted to determine the effectiveness of legume consumption on weight loss.  In the trial, participants were asked to reduce energy intake by 30% and they were randomly assigned to the following groups:

Weight loss was greater in the group 1 and 2 rather than the control group.

What does this mean? Since pulses are a good source of dietary fibre they aid in weight loss. They bring similar weight loss outcomes as whole grain. Consuming of at least 0.5 cups of legume per day can help in weight loss. 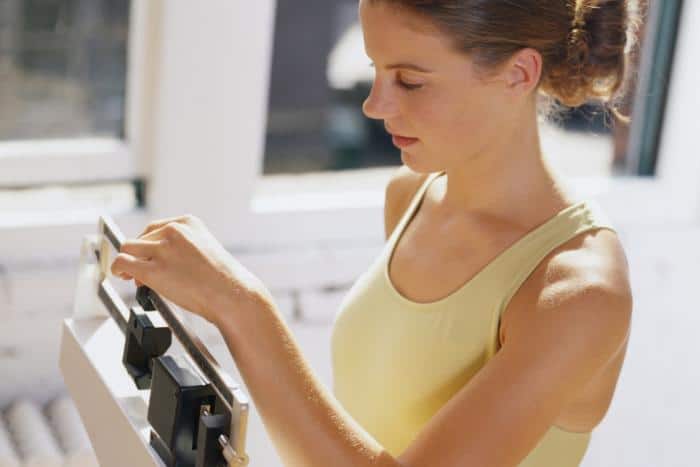 2. Pulses as a source of digestive enzyme inhibitor

This activity is brought about by two enzymes- amylase and glucosidase.

White beans are a source of compounds that prevent these enzymes from breaking down carbohydrates, thereby reducing their absorption and promoting weight loss

A product named Phase 2 Carb controller has been developed from white bean extract which inhibits the activity of enzymes that breakdown carbohydrate.

In the clinical trial, obese individuals were given 1500 mg Phase 2 twice daily with meals for 8 weeks.

The Phase 2 group lost on an average of 3.79 pounds compared with the control group that lost only 1.65 pounds.

What it means? Digestive enzyme inhibitors in pulses can help in weight loss.

3. Pulses as a source of Protein

Legumes are a rich source of protein. A study was designed to assess the effect of four hypocaloric diets rich in protein on weight loss. The diets were as follows: Control diet, Legume diet, Fatty fish diet, and high protein diet.

Maximum weight loss was achieved by high protein diet and legume diet and cholesterol levels were reduced in all groups except for fatty fish.

What it means? Incorporating high protein content such as legumes in a hypocaloric diet can facilitate breakdown of fats at cellular level leading to weight loss.

Slow return of hunger and satisfaction after consuming a meal is affected by a number of parameters such as the volume of food, circulating hormones, the frequency of meals etc.

A diet rich in chickpeas is reported to increase satiety and alter food habits. Participants were asked to consume a regular diet for 4 weeks followed by chickpea supplemented diet (104g/day) for 12 weeks and then regular diet for another 4 weeks.

Perhaps one can look forward to incorporating it in a different manner in their diet.

A study was conducted to evaluate the palatability, satiety and glucose response to consuming chickpea flour bread.

The chickpea bread had acceptable palatability but no change in glycemic response or satiety was observed.

Other Health benefits of Pulses

Though its likely that pulses don’t make it to your top favorite food list, they should. They are packed with loads of other health benefits too:

Pulses should be consumed in moderate amounts. They are reported to cause mild discomfort such as gas and bloating.

No significant adverse effects of pulse consumption have been reported.

Based on the scientific evidence, we can safely conclude that pulses indeed help in weight loss.

This is primarily due to the rich nutrient composition of pulses that aids in promoting satiety and influencing appetite.