Argan oil is extracted from the kernels of the argan tree.

Argan oil is widely used by Moroccans for cooking as well as cosmetic purposes.

Due to argan oil’s rich composition and multi-benefits, it is increasingly being used and consumed by people all over the world.

Argan oil is edible and is used for cooking purposes. The kernels are slowly roasted before the oil is extracted. This enhances the flavor of the oil and gives it a nutty taste.

Argan oil can be consumed with pita bread, drizzled over salads, added to dishes in the end.

Traditionally women use Argan oil for cosmetic purposes too (here, kernels are not roasted).

Ageing is a process observed in mostly all forms of life. There is an order of getting older. In humans, bodily complications and changes can occur.

Many attain a different kind of diseases related to old age. In fact, it is safe to say ageing is one of the most frequent risk factors for diseases to occur. Reduced immunity, cardiovascular diseases and metabolic syndromes are common amongst older people.

Argan oil can tackle several age-related health problems due to its pharmacological components. It is rich in antioxidants and different types of unsaturated fatty acids.

It is by virtue of these compounds that Argan oil is able to deliver most of its properties.

7  Benefits of Argan Oil For Aging 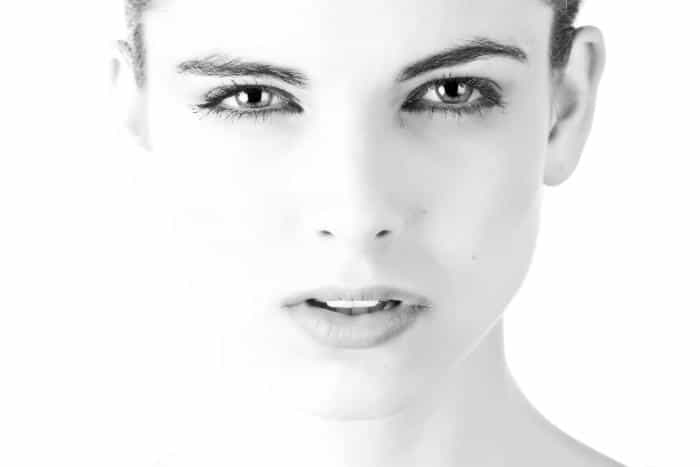 Several cardiac diseases are related to one another. The inception of one can trigger the onset of another. Argan oil improves the following cardiovascular diseases.

Hypertension is highly common amongst middle-aged adults and older people and is responsible for the onset of several other cardiovascular diseases.

In 2016, a study was conducted to find whether argan oil lowered blood pressure in an animal model. One group was fed argan oil while other was fed corn oil.

At the end of the study, animals treated with argan oil had lowered blood pressure in comparison to those that were fed corn oil.

Atherosclerosis is an age-related disorder . It is characterized by the thickening of arterial walls due to plaque formed by WBCs, cholesterol and triglycerides.

In a study conducted in 2005, 60 volunteers were asked to consume butter for a certain period after which they were divided into two groups.

One group was suggested a regimen consisting of olive oil and the other group was administered a diet containing argan oil.

By the end of the study, analysis of the lipid profile of the volunteers gave the following results-

There was a reduction in the level of saturated fatty acids in both the groups that were assigned different regimens. (olive oil and argan oil diet).

The amount of HDL (good cholesterol) and apolipoprotein A1 (the major protein component of HDL) increased significantly.

There was another study conducted amongst Algerian subjects where they consumed 15 grams of argan oil every day, for 30 days.

Argan oil is rich in oleic and linoleic acids.

Oleic acid is an unsaturated fatty acid responsible for the fluidity of lipoproteins and consequent generation of HDL (good cholesterol). Linoleic acid has cholesterol suppressing effects and lowers the cholesterol in the system.

Furthermore, Saponins present in argan oil decrease the absorption of cholesterol from the intestine

Menopause is the time in women’s lives when their menstrual periods stop completely. This usually occurs between 49-52 years.

During this period, the level of estrogen and progesterone (sex hormones) in women decrease which introduces changes in a woman’s body.

Often, their skin loses its elasticity leading to the formation of wrinkles, fine lines and spots.

Traditionally women in Morocco have been using argan oil on their skin and hair. A study was carried out based on this to find out whether argan oil used on skin provided any actual benefits.

In this study, 60 women post menopause were asked to consume butter.

They were divided into two groups in which one group was asked to topically apply olive oil on their skin and the other group was directed to apply argan oil for a certain duration.

Elastic parameters were calculated and determined before and after the study in order to the changes that’d take place.

Argan oil was found to skin elasticity and reduced the formation of wrinkles and fine lines. It was found to have a moisturizing and relaxing effect on skin.

Menopause can increase the rate at which skin ages.

This accelerated ageing is related to oxidative stress (oxidative stress is a phenomenon that arises due to an imbalance between reactive oxygen species and antioxidant defences).

Oxidative stress arises due to lack of estrogen.

Argan oil is rich in ferulic acid and vitamin E. They replace the role of estrogen plays in the maintenance of skin elasticity and prevent skin ageing.

Vitamin E is an important antioxidant. Consuming argan oil enriched diet can prevent several disorders that occur along with menopause .

What does this mean? Argan oil is fights effects of skin ageing and its effectiveness in preventing ageing in skin has found concrete proof and support.Argan oil also increases the level of vitamin E in post menopausal women and thus can mitigate various disorders

Organisms age because of the accumulation of oxidative stress in cells.

Oxidative stress arises due to an imbalance between Reactive oxygen species (ROS) formed and antioxidant defenses of the body.

There are several antioxidant enzymes in our body but their activity gets reduced due to processes like ageing or other disorders.

ROS cause cellular damage ultimately leading to cell death and at larger scales death of tissues. This is related to several age-related disorders and lack of normal functioning.

In the same study as discussed in section1.2, where 39 dyslipidemic patients were divided into two groups and asked to consume butter and argan oil separately for a certain duration, the levels of MDA and activity of an antioxidant hormone (GPx) was also analyzed.

The activity of Glutathione peroxidase has a clinical significance and can indicate the risk factors for the development of several different kinds of disorders and diseases such as diabetes , coronary heart disease etc.

Argan oil contains unsaturated fatty acids that prevent oxidation due to
the nature of their double bonds.

Furthermore, Argan oil is rich in beta-carotene and tocopherols that are powerful antioxidants. They reduce oxidative stress significantly.

4. It can prevent cancer

Prostate cancer commonly occurs in men above the age of 60. It is the most common malignancy in common men in the world.

In a study conducted in 2007 on isolated cancerous human prostate cells treated with argan oil, it was found that organ oil inhibited the growth of cells by 50%.

Another study conducted in 2009 backed this study with similar findings.

Due to the tocopherols, saponins, sterols present in Argan oil, they exhibit an antiproliferative effect on cancer cells and inhibit further growth.

What does this mean? Research has definitely suggested that argan oil can assist in prostate cancer prevention.

5. It can benefit in obesity

To study the effects of argan oil, animal models were used. They were given argan oil on a regular basis. The levels of LDL, total cholesterol decreased.

Glucose utilization by the system of the rats improved and insulin resistance decreased. Further, there was an increase in the activity of antioxidant enzymes.

As mentioned, Obese people are always at a risk of developing type 2 diabetes and other cardiac diseases.

Beta carotenes and tocopherols present in argan oil induce a better response to insulin and improve utilization of glucose by cells.

Further Unsaturated fatty acids present in argan oil decreases the level of LDL cholesterol and prevent oxidation due to the nature of their double bonds.

Argan oil is rich in oleic acids that help in the formation of HDL or good cholesterol.

What does this mean? Argan oil can prevent the complications that arise out of being obese. There is little to no significant evidence that argan oil can induce weight loss. However, it does the most important task of preventing strokes and high sugar levels due to its rich composition.

6. It can benefit in diabetes

Diabetes is characterized by high levels of glucose in the blood over a long period of time.

In a study conducted in 2013, Diabetic rats were orally fed a certain amount of argan oil for 21 days.

The level of hyperglycemia (high glucose index in the blood ) decreased and the hepatic (liver) glycogen (a storage form of glucose) increased.

In another study conducted in 2012 under similar conditions, Similar results were observed.

What does this mean? Argan oil is good for diabetics and can be consumed by people who have fluctuating sugar levels in order to bring their sugar level in control.

Ageing is characterized by decreased immunity due to which sickness becomes more prevalent.

It is necessary to build immune strength in order to fight and wade off potentially dangerous foreign pathogens.

The ability of argan oil to strengthen immunity was analyzed in animal models where they were injected with certain concentrations of Argan oil.

An increase in the phagocytic index (average number of bacteria ingested per immune cell) was found at the end of the study.

In another study using animal models, Argan oil was orally administered in order to find whether argan oil could reduce inflammation. Experimentally, mild trauma was induced to study this. Argan oil reduced inflammation and decreased swelling.

These results could be attributed to due to its interesting composition rich in phenolic compounds, unsaturated fatty acids and sterols etc.

What does this mean? Argan oil exhibits anti-inflammatory and stimulates immune responses under the presence of pathogens (bacteria, virus etc.). They indirectly strengthen immunity.

Therapeutic dosage of argan oil to prevent metabolic diseases ranges from 15-30g (1-2 Teaspoon). Cold-pressed argan oil is generally consumed. It is however not used for prolonged frying.

There have been reported cases of allergic reactions to argan oil.

In a 34 year, old man Argan oil as allergen-induced anaphylaxis (life-threatening reaction to an allergen). This response was then attributed to the presence of oleosins present in the oil.

The same compounds are found in peanut and sesame. Thus, those allergic to nuts like peanuts should be extremely cautious and must consult a doctor before consuming Argan oil.

Argan oil is rich in unsaturated fatty acids and antioxidants that fight different signs of aging.

Those seeking good health and fitness can include argan oil in their diet.