MRSA or methicillin-resistant Staphylococcus aureus is nothing but strains of Staphylococcus bacteria which have developed resistance against antibiotics.

Antibiotics are known as lifesaving drugs which help in fighting infections caused by almost all bacteria.

But, their use should be as per the requirement and should be advised by a doctor.

Antibiotic misuse proves to be the major reason for the survival and development of antibiotic-resistant bacteria like MRSA.

It clearly explains “Survival of the fittest”.

The strains go through the process of natural selection, evolve and finally resist the new change; in this case, the change is ‘antibiotic’.

MRSA cases are most commonly seen in patients admitted in hospitals, hospital staff, nursing homes, prisons and nowadays in wider communities too.

It takes over charge when there is an immunocompromised condition.

Sometimes, they are mild and appear as sores or boils and other times serious skin infections involving the bloodstream, lungs or the urinary tract also.

There is nothing that nature cannot fight with.

Cinnamon is the bark of the evergreen tropical cinnamon tree.

It may be in the form of quill or ground powder. It is known for its anti-inflammatory, anti-oxidant, anti-microbial, anti-diabetic and anti-tumor properties.

It not only adds aroma and taste to your food but also has profound health benefits.

From lowering your high blood sugar to curing your melanoma, cinnamon has not failed in proving its worth in natural medicine.

It is of various types including the Chinese (cassia) cinnamon, Ceylon cinnamon, and the verum species.

Out of which the Ceylon cinnamon is considered to be the true cinnamon. It is used in a wide range by Sri Lankan people as a part of their daily food.

An analysis was carried out to test the anti-microbial nature of cinnamon by some researchers which included the hydrodistilled Chinese cinnamon oil and the pure cinnamaldehyde, underwent with gas chromatography/mass spectrometry.

The essential oil consists of 85% of cinnamaldehyde.

Thus, it was concluded that the cinnamaldehyde present in the cinnamon is responsible for its broad-spectrum antibiotic like action.

A recent study by a group of surgeons suggests that cinnamon oil can kill infections (found in hospitals) with streptococcus and MRSA just like various antiseptics do.

French researchers confirmed it in 2008 with another study where the results stated that about 10% or fewer concentrations of cinnamon may act against E. coli, and antibiotic-resistant strains of bacteria.

Thus, cinnamon may be called as an antiseptic which prevents bacteria from developing antibiotic resistance. 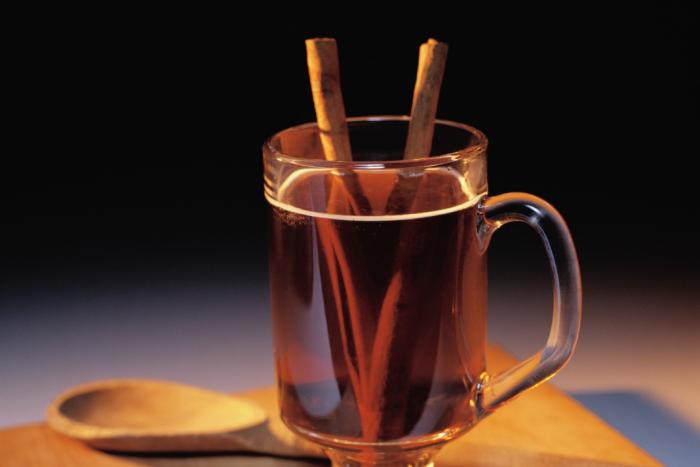 According to Dr. Lawrence D. Rosen, a pediatrician in New Jersey who writes health advice in his blog, cinnamon may be used in hand sanitizers because of its antiseptic nature.

This property of cinnamon may prove to be an answer to the cure of the evolving MRSA.

One recipe suggested by him is called as the “thieves’ oil” which is a mixture of Eucalyptus, lemon and cinnamon extract.

In middle ages, this recipe was used by the thieves who used to steal jewelry from dead bodies and never got sick.

Another comparison study done by the researchers of CHU hospital Nord, Saint Etienne, France concludes cinnamon bark to be the most effective antimicrobial against antibiotic-resistant strains.

It was done to study the comparison of bacteriostatic and bactericidal activity of 13 essential oils against various strains with different sensitivity ratios to antibiotics.

Indian researchers (at Kolkata) also conducted a study to investigate the in-vitro antibacterial activity of 3 spices against MRSA. 3 spices - clove, cinnamon and cumin were chosen for this study.

The minimum inhibitory concentration (MIC) and the time kill studies of all the 3 extracts were performed to study the bactericidal activity at their MIC level.

The research concluded cinnamon to be the strongest in-vitro antibacterial agent against MRSA followed by clove and cumin.

Another study published in BMC complementary and Alternative Medicine journal by Indian researchers in 2006 investigated the antibacterial properties of 21 plant essential oils against 6 bacterial species including MRSA and it was found that cinnamon oil was the most effective of all even at low concentrations.

A study by the researchers at the Technical Educational Institute of Ionian Islands in Greece supports the same.

The research investigated the effect of different plant oils against strains of MRSA.

Effemia Eriotou (a professor at the institute, in charge of the research project) concluded by saying that all the 8 essential oils had antibacterial properties but cinnamon and thyme were the most effective against MRSA.

Various hospital-acquired bacterial and yeast isolate species were chosen for another study conducted by the researchers at the University of Kiel, Germany.

The isolates involved 6 strains of Staphylococcus including MRSA, 4 Streptococcus strains and 3 candida strains.

The method used was the agar diffusion test.

The study focused on the effect of the chemical constituent ‘cinnamaldehyde’ present in cinnamon against strains of MRSA and various multidrug-resistant pathogens.

Results showed that the indigenous cinnamon oil B had an excellent inhibitory effect on MRSA suggesting cinnamon oil to be a health benefit to humans.

Cinnamon is also known to strengthen the WBCs (white blood cells that fight the infections in your body) thus preventing various bacterial and virus infections.

2-4 grams of the spice is the usual dosage that is about ½ to 1Tsp.

Some even say that it can be tolerated up to 6 grams.

It can adversely interact with antibiotics like tetracycline so it’s always better to consult your physician before you start using cinnamon along with your antibiotic treatment.

Cinnamon oil may also be used topically as an antiseptic lotion (thieves’ oil) or hand sanitizer but it must be avoided in cases of allergy.