Diabetes is a disease that occurs due to high levels of glucose or sugar in the blood.

The insulin hormone is made in the pancreas and is responsible for absorbing glucose from the food into the cells which can be used for energy.

However, sometimes the body fails to produce enough insulin and therefore glucose stays in the blood instead of getting absorbed into the cells.

Increase in glucose levels manifests in the form of diabetes.

Diabetes has become a worldwide concern. Although diabetes has no cure one can take steps to either prevent it from developing or prevent its further progression.

Thus, the body cannot make insulin and the patient needs to intake insulin every day.

Argan oil has found to be effective in preventing the development or progression of diabetes. Many preparations from the argan tree have been used by Moroccans for centuries to cure illnesses including diabetes.

The argan oil is plant oil derived from the argan tree with deep roots that help to stabilize the ecosystem.

It is an evergreen tree that helps in maintaining the ecological imbalance.

It is popularly known as the tree of life among the people of Morocco. It has a nutrient profile rich in essential nutrients like unsaturated fatty acids, phenolic compounds, sterols, carotenes and many more.

Benefits of Argan Oil in Diabetes 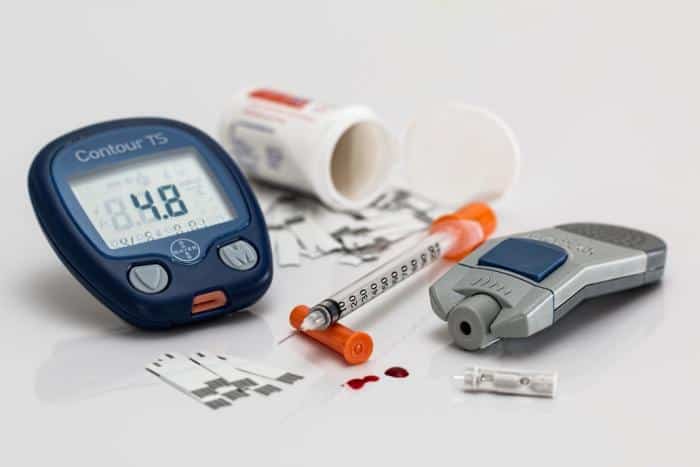 An animal study conducted showed that administration of argan oil half an hour before intake of oral glucose leads to a reduction of glycemia (presence of glucose).

The results of the study showed improvement in body mass and reduction in blood glucose levels due to argan oil administration when compared with the untreated group.

Another recent study was conducted to confirm the anti-diabetic effect of argan oil.

In this study, argan oil was administered for seven consecutive days orally before the experimental induction of diabetes.

Another study showed that when six percent of fat was replaced by argan oil it resulted in restoration of insulin signaling in fat and liver cells.

What does this mean? Argan oil helps in maintaining blood glucose balance in diabetic patients. Argan oil reduces levels of blood glucose and increases liver glycogen levels. Administration of argan oil has found to be effective in restoring impaired insulin signaling in fat and liver cells.

2. It is rich in antioxidant

The anti-oxidant property of argan oil is due to the presence of essential fatty acids and Vitamin E in it.

Argan oil is known to prevent lipid peroxidation or breakdown of lipids present in cell membranes and thus damaging cells.

A study was conducted to determine the relation lipid peroxidation, levels of lipoprotein and diabetes mellitus.

Levels of lipid peroxidation were measured along with antioxidants, lipid profile and blood glucose levels.

Increase in peroxidation of lipids is found in non-insulin dependent diabetes patients.

High cholesterol levels are common in patients with diabetes increasing their risks of developing hyperlipidemia, hypercholesterolemia, hypertension and thus cardiovascular diseases. So it is important to maintain levels of cholesterol.

What does this mean? Argan oil can be used to reduce the risk of developing hyperlipidemia and hypercholesterolemia in diabetic patients. It can further prevent the development of other associated disorders like hypertension and heart diseases.

4. It is a natural anti-obesity agent

Research suggests that argan oil has the potential to prevent obesity. Diabetes and obesity are closely linked.

Obesity is believed to account for 80-85% of the risk of developing type 2 diabetes.

A study showed the cholesterol-lowering effect of argan oil and its ability to reduce levels of glucose and insulin in animal models. This indicated that argan oil reduces the metabolic effects of obesity.

The regular intake of argan oil can be promoted along with maintaining a balanced diet and healthy lifestyle to prevent obesity.

What does this mean? Argan oil is seen to reduce the body mass index promoting weight loss. It reduces insulin signaling abnormality in obese patients. However, the intake of argan oil will not give a permanent cure hence it regular intake needs to be balanced while maintaining a healthy lifestyle.

5. It can speed up wound healing in diabetes foot ulcer

Argan oil has beneficial effects on wound healing and it can also speed up the wound healing process. An animal study proved the superior effect of argan oil, for healing wounds caused by burns.

However more clinical studies are required to prove the efficacy and safety of argan oil in wound healing.

What does this mean? Due to the antioxidant properties of argan oil it can be used to heal wounds. This property can help in healing wounds created by foot ulcers in diabetes patients providing them great relief.

Argan oil can be consumed in many ways. It can be used in food for seasoning dishes, dressing over salads, adding flavor to vegetables and desserts.

Mean daily intake of argan oil was found to be 15gfor hyperlipidemia. 1-2 tsp of argan oil can be consumed daily as a part of the regular diet.

There are no reports currently regarding the toxicity to argan oil. However, recently a case of an allergic reaction to argan oil was reported.

Therefore, before incorporating argan oil in the diet one must consult a doctor regarding the dosage as it may vary from person to person.

It has been found that allergen present in argan oil can be suppressed by a process of refining.

Argan oil has been popularly used as a food and cosmetic ingredient for many centuries.