Hypercholesterolemia is characterized by high levels of cholesterol in the blood.

Cholesterol is essential to the body as this substance form components of the cell, act as precursors for the formation of certain hormones and produce compounds that aid in fat digestion.

Too much cholesterol, however, can give rise to several complications, major of which are cardiovascular complications.

High cholesterol could be a result of genetics or poor lifestyle choices.

Cholesterol is insoluble in water and a variety of proteins help transport it in blood plasma.

What is Argan Oil?

Argan oil is an extremely rich hydrating oil extracted from the Mediterranean Argan Tree. It has a unique nutty flavour and fruity undertones that can enable it to be used in foods. Culinary Argan oil used is the primarily cold pressed type.

Due to it being rich in fatty acids, antioxidants, vitamin E and minerals, Argan oil has been a preserved beauty secret hydrating and softening skin, hair, nails, etc.

It helps reduce fine lines and wrinkles and hydrates dull and damaged hair giving it a soft shiny appearance.

Due to its rich compounds, culinary Argan oil when consumed has numerous health benefits including prevention of cancer, lowering the risk of cardiac diseases, controlling sugar levels and diabetes.

It can prevent different signs of aging due to the composition of its rich antioxidant.

Argan oil is rich in antioxidants and has the ability to reduce the risks associated with high cholesterol.

4 Benefits of Argan Oil For Cholesterol

Consuming Argan oil can greatly benefit patients with high cholesterol because of its ability to induce hypercholesteremic effects. This is attributed to it being rich in MUFA, PUFA, tocopherols, carotenoids, other phenolic compounds. The benefits are discussed below in detail – 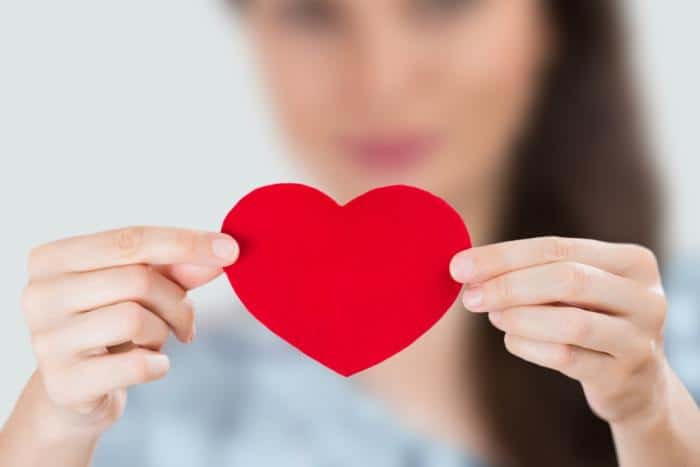 1. It reduces the risk of developing cholesterol

People having a high level of cholesterol are at a higher risk of developing atherosclerosis.

Atherosclerosis is characterized by “plaque formation” or narrowing of the lumen of blood due to deposition of active WBCs (white blood cells), cholesterol and triglycerides (another form of fat).

This reduces elasticity or arterial blood vessels. Several complications arise due to these depositions including the formation of blood clots, myocardial infarction (heart attack)

The use of argan oil in inducing hypocholesteremic effects has been widely studied and has been extensively researched.

In 2014, Research scientists at ZianeAchour University, Algeria used an animal model to study the therapeutic effect of argan oil.

The models in the study were divided into various groups with an intention to assess the effect of lycopene, olive oil and argan oil on various serum parameters such as Total cholesterol, LDL cholesterol, HDL cholesterol, Triglycerides, etc.

The study assessed the effects of oils in combination with lycopene as well as without it.

In another study conducted in 2003 similar results were observed.

By the end of the study, the total cholesterol level significantly decreased along with a decreased level of triglycerides and LDL cholesterol due to argan oil consumption.

Studies of argan oil have also been conducted on humans safely. One such significant study was carried out using healthy subjects.

Some of them were regular consumers of argan oil whereas the others were non-consumers.

Their study resulted in the following findings: There were higher amounts of polyunsaturated fats in the bodies of regular consumers of argan oil.

Also, Argan oil is rich in sterols. Sterols are similar in structure to cholesterol and can reduce the absorption of cholesterol from the intestine.

It is also highly believed that oxidative modification of LDL cholesterol is one of the major risk factors for the development of cholesterol.

Argan oil is rich in Tocopherols and polyphenols that are powerful antioxidants and can prevent oxidation of LDL.

Plant sterols present in argan oil also reduce the level of LDL oxidation that can, in turn, prevent atherosclerosis.

What does this mean? Argan oil exhibits hypocholesteremic effects by lowering level of cholesterol that is harmful for our body. It can hence prevent atherosclerosis and development of other major cardiovascular diseases.

2. It benefits in Obesity

Obesity is a medical condition wherein a lot of fat gets accumulated in the body such that it produces a negative impact on health.

Obesity can occur for a variety of reasons such as lifestyle choices, genetic causes, medications, etc.

Obesity is characterized by high levels of LDL cholesterol and lowered levels of HDL with increased risk of coronary heart diseases in obese individuals.

Being obese affects both the quality and quantity of HDL (the good cholesterol).

When obese, the HDL particles get modified and become dysfunctional that increases the rate of cardiovascular diseases. Further, the antioxidant role of HDL cholesterol also gets impaired.

Argan oil can combat changes that occur in lipid levels that are caused by Obesity. A study was conducted in 2015 using animal models that were given argan oil on a regular basis.

They observed lowered levels of triglycerides, LDL cholesterol, and total cholesterol and an improvement in the activity of antioxidant enzymes present in the system.

There was also a lower susceptibility of LDL to oxidation.

There was another study conducted on animal models to study the effects of argan oil on obesity.

This study was conducted in an interventional manner wherein several different several other oils such as fish oil, sunflower oil, linseed oil were also used and the results obtained were compared with the results obtained from those that were administered a diet of Argan oil.

At the end of the study, serum lipids of those that consumed argan oil were analyzed and resulted in the following findings: The level of triglycerides decreased almost by 22%.

There was also a decrease in glucose level in the blood.

MUFA and PUFA present in argan oil have antioxidant nature due to their double bonds. Argan oil Is rich in oleic acids and linoleic acids.

Oleic acid is an unsaturated fatty acid that Is responsible for the fluidity of lipoproteins and consequent generation of HDL cholesterol.

It is also rich in linoleic acid that is an essential fatty acid beneficial for good health. Linoleic acid can reduce LDL levels in serum lipids and exert hypercholesteremic effects.

Further Sterols decrease absorption of cholesterol from the small intestine.
Argan oil is rich in tocopherols and beta carotenoids that prevent Oxidation of LDL.

What does this mean? Argan oil has the capability to lower cholesterol in obese individuals.

3. It Benefits in Diabetes

Diabetes is characterized by elevated blood sugar levels. This happens either due to the failure of the body to respond to insulin or inadequate production of insulin.

According to American Heart Association, Diabetic people are at a higher chance of developing Cardiac diseases that could lead to strokes, heart attacks or heart failure.

This is due to elevated levels of triglycerides and LDL and lowered levels of HDL cholesterol. This is a phenomenon termed as diabetic dyslipidemia. There are numerous ways or pathways through which hypocholesteremia is induced in diabetic patients.

Studies or research conducted in the past have given significant proofs for the ability of argan oil to tackle diabetes and its related complications.

To study the effects of argan oil and explore its potential, a study was conducted on animal models provided with dietary argan oil.

In another study, argan oil was found to reduce blood pressure in diabetes.

Perhaps one of the most important studies that cemented the potential of argan oil in improving diabetes was the study that was conducted by Faculty of science Ben Masik, Morocco.

It was conducted on Type 2 Diabetic Patients. These patients were divided into two groups, one of which consumed argan oil and the other consumed butter for 3 weeks.

The levels of HDL cholesterol (good cholesterol) and apolipoproteins A1 (the major protein component of HDL) increased significantly by 21%. Susceptibility of LDL to oxidation also decreased.

In diabetes, unutilized sugars present undergo oxidation. Oxidation of lipids and membrane proteins to occur. This leads to the generation of a large number of Reactive oxygen species (ROS).

An imbalance in ROS and the antioxidants that combat it can lead to oxidative stress. This is harmful as it can damage tissues. This phenomenon is responsible for renal damage, Neuropathy (damage to nerves) etc.

Hence antioxidants are really important. They can reduce oxidative stress and further damage.

Argan oil is rich in tocopherols, that have a vitamin E like action. This decreases oxidation and increases glucose utilization and lowers insulin resistance. It is a powerful antioxidant.

Beta-carotenes present in argan oil are also powerful antioxidants that act as scavengers of ROS. It reduces the formation of ROS.

Further argan oil is rich in MUFA and PUFA that combat and lower triglycerides and LDL. They also prevent oxidation due to the nature of their double bonds.

They are also responsible for the increase in HDL. Plant sterols present in argan oil also lower cholesterol.

What does this mean? Argan oil is able to lower sugar levels in diabetic patients and further control the dyslipidemia (abnormal cholesterol level) that occurs due to diabetes. It can thus possibly prevent diabetes and prevent the cardiovascular risks associated with it.

Research suggests strong links to accumulation/increase of cholesterol to oxidative stress. There are several mechanisms through which this could occur.

Oxidative stress occurs as a result of an imbalance between the formation of ROS and antioxidants. Antioxidants could be enzymes synthesized in the body as well as nutrients obtained from food.

Hence the use of antioxidants to combat high levels of cholesterol became a possible area of study.

In 2005, sixty men were involved in an interventional study to understand the properties of argan.

They were asked to consume butter for 2 weeks after which they were randomly divided into groups of two having argan oil and olive oil respectively.

At the end of the study, it was found that the levels of lipoperoxides and other oxidants were significantly reduced.

The concentration levels of vitamin E increased significantly in men that consumed argan oil. There was also an observed decrease in the susceptibility of LDL to oxidation.

Argan oil is rich in polyphenols that induce antioxidant effects.

What does this mean? Argan oil is rich in antioxidants that can fight oxidative stress and lower the levels of cholesterol.

It is recommended to consume 15 g of argan oil every day.

It can be used in salads and added to dishes after the food is prepared. It has a fruity nutty flavor that enhances the taste of food.

There have been cases of possible allergy to argan oil. It contains oleosins that are the same compounds found in peanut and sesame.

Thus, those allergic to peanut and sesame should consult a dietician or a doctor before consuming it.

Consuming Argan oil can greatly benefit patients with high cholesterol because of its ability to induce hypercholesteremic effects.

This is attributed to it being rich in MUFA, PUFA, tocopherols, carotenoids, other phenolic compounds.