Crohn's disease is an inflammatory bowel disease (IBD) that affects the gastrointestinal tract.

The disease is characterized by symptoms like abdominal cramping, diarrhea, weight loss, and fever.

Crohn's disease if not treated can lead to other medical complications like arthritis, fatigue, anemia and skin rashes. It occurs due to environmental factors, weak immune system, and genetic factors.

It may also be caused by a bacteria called Mycobacterium paratuberculosis. Those who smoke tobacco are more likely to develop the disease than nonsmokers.

Coconut oil is edible oil that is extracted from mature coconut and has powerful healing properties.

It is considered one of the healthiest oils to be used in daily cooking.

It has beneficial effects that can help people with Crohn's disease; moreover, nothing like a natural remedy to be used in the treatment.

It has been used in the past to treat a variety of other inflammatory diseases like arthritis. 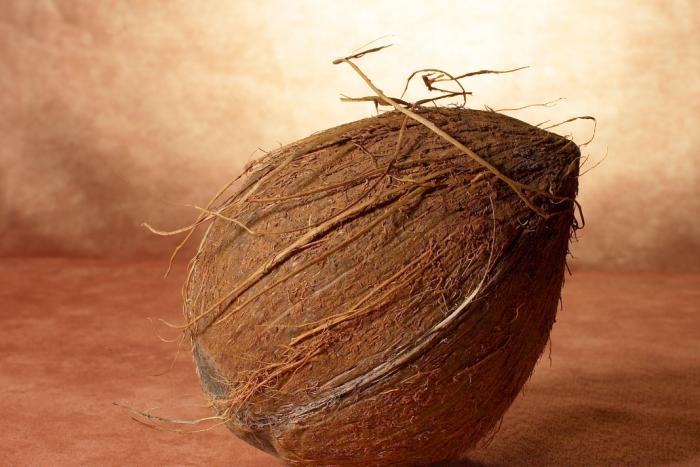 1. It has anti-inflammatory properties

Crohn's disease is associated with chronic inflammation of the gastrointestinal tract. It can become chronic if not treated at the right time. Coconut oil has anti-inflammatory properties that can prevent inflammation.

According to a study published in Pharmaceutical Biology in 2010 coconut oil possess anti-inflammatory properties that can help fight inflammation.

Along with anti-inflammatory, it possesses analgesic properties also. The two properties together can relieve the symptoms of Crohn's disease.

Another study published in Brazilian Journal of Medical and Biological Research in 2015 reported that coconut oil contains components that inhibit inflammation by various mechanisms like reducing the migration of cells to the affected area, protein movement and leakage and production of inflammatory mediators like tumor necrosis factors.

The anti-inflammatory activity of coconut oil has been tested on the human skin exposed to UV irradiation in a study conducted by Kim et al. in 2017.

According to the results, the presence of polyphenols and fatty acid components in coconut oil prevent inflammation of the skin and impart it its anti-inflammatory property.

Coconut oil exhibits anti-inflammatory property via various mechanisms and can be consumed on a daily basis to obtain relief from inflammation.

It has been found that patients with Crohn's disease have low amounts of stored fat due to increased lipid oxidation. This can be prevented by introducing coconut oil into the diet.

According to a study conducted by Marina et al. in 2009, coconut oil contains anti-oxidative potential which is attributed to the presence of phenolic acids in it.

Another stud published by Food and Function in 2013 reported that virgin coconut oil contains antioxidants polyphenols and tocopherols that prevent oxidation of lipids and proteins thereby preventing oxidative stress.

Lipid oxidation is a major complication observed in patients with Crohns disease. Coconut oil has anti-oxidative properties which can help prevent lipid as well as protein oxidation thereby relieving oxidative stress in individuals.

3. It has anti-microbial properties

An observational study conducted by Lima et al. in 2015 suggested that coconut oil is effective against a number of bacteria. Its anti-bacterial activity is attributed mainly to the presence of phenolic compounds in it.

Numerous studies show that it is effective against fungal infections like Candidiasis.

Another study conducted by Arora et al. in 2011 reported the antiviral activity of coconut oil against the causative agent of Swine flu.

It was observed that the medium-chain fatty acids in coconut oil interfere with the maturation of viruses by breaking down viral membranes.

Coconut oil is highly preventive against a number of bacteria and has the ability to protect the gastrointestinal tract from their harmful effects. It is safe to use as a daily cooking oil.

4. It has gastroprotective activity

Crohn’s disease is inflammation of the gastrointestinal tract and leads to sores and ulcers. The sores and ulcers can be prevented by incorporating coconut oil in the daily cooking.

Coconut oil has numerous benefits in protecting the gastrointestinal lining from factors that lead to its inflammation.

The effects of coconut oil were compared with that of aspirin, an anti-inflammatory drug. Coconut oil significantly reduces the gastric lesions more effectively than aspirin.

Another study conducted by Selvarajah et al. in 2016 determined the antiulcerogenic potential of various natural oils including coconut oil and observed that coconut oil was effective against gastric ulcers and more preventative than the drug, rantidine used for gastric ulcers.

Coconut oil can be very helpful for people with Crohn's disease due to its gastroprotective activity. Coconut oil prevents the formation of gastric lesions and ulcers and has been found to be more effective than commonly used drugs.

Research studies have found that Cholesterol levels and absorption of Cholesterol are altered in Crohns disease.

Natural oil like coconut oil has found to be useful in improving levels of cholesterol thus preventing risk of cardiovascular diseases.

According to a study published in Open Heart in 2016, lauric acid increases good cholesterol levels than levels of bad cholesterol.

It also contains fatty acids that pose a low risk to cardiovascular diseases.

Presence of medium chain fatty acids enriched with lauric acid in coconut oil can play an important role in preventing levels of bad cholesterol from rising and posing a risk to cardiovascular diseases.

Coconut oil is considered safe for use in frying purposes.

A study published in The Journal of Nutrition in 2001 reported that solid fats rich in lauric acid improve serum cholesterol levels and enhance levels of good cholesterol as compared to trans-fatty acids.

In the case of Crohn's disease supplementation of coconut oil is necessary as the disease manifests inside the body. There is no specific dosage.

The dosage may differ depending upon the extent of infection or number of microbes causing the disease.

The best way for regular consumption of it is to use it as your daily cooking oil.

This can give the patient immediate relief from symptoms and drastically show positive results. 1-2 tablespoons can be included in the regular diet.

50ml of coconut oil or 31/2 tablespoons of coconut oil as this amount would contain approximately 20-25 grams of lauric acid which indicates that the oil is metabolized by the body to release lauric acid or monolaurin which are highly healing components.

It can be used in baking and frying too. This gives flavor to the baked and fried food and is a healthier option as compared to other cooking oils.

Coconut oil is safe for use and there are no specific adverse reactions or precautions as such. Side effects or toxicity caused by it have been reported yet.

However, certain general precautions must be followed before incorporating it in the daily routine.In rare cases, side effects like more inflammation may result in certain patients.

Coconut oil has found to alleviate symptoms of Crohn's disease. It can provide remission to patients suffering from the condition. It has powerful healing effects and can prevent further development of the disease.

Incorporating it into the daily regime not only for cooking purposes but as an ingredient in many other foods can help individuals from intestinal inflammation, irritation, and pain.

READ THIS NEXT -
Including Bee Pollen in Your Diet
Benefits of Raw Cacao Nibs
Treating Osteoporosis with Maca
How to Identify Pure Argan Oil?