Spirulina is basically an organic matter made of Cyanobacteria.

Cyanobacteria are a type of Prokaryotes (they lack distinct cell components and can be termed to be more primitive form of cells).

They are able to carry out the process of photosynthesis and make their own food.

Spirulina is thus cultivated worldwide and its often used as dietary supplements. It is rich in various proteins, minerals and vitamins that can provide numerous benefits to those who consume it.

Interestingly NASA and The European Space agency have considered Spirulina to be one of the primary foods that could be cultivated for long term space missions.

Spirulina has also been declared as the food of the future in the United Nations world food conference. It has also been considered to treat Malnutrition.

High cholesterol or hyperlipidemia can have adverse effects on health.  It can lead to plaque build-up.

A medical condition is known as atherosclerosis.

Here, narrowing of the lumen of blood vessels occurs due to this buildup because of deposition of WBCs, cholesterol and triglycerides.

Atherosclerosis gives rise to coronary heart disease which can weaken the heart muscle and cause arrhythmia. Heart attacks and strokes are also observed. 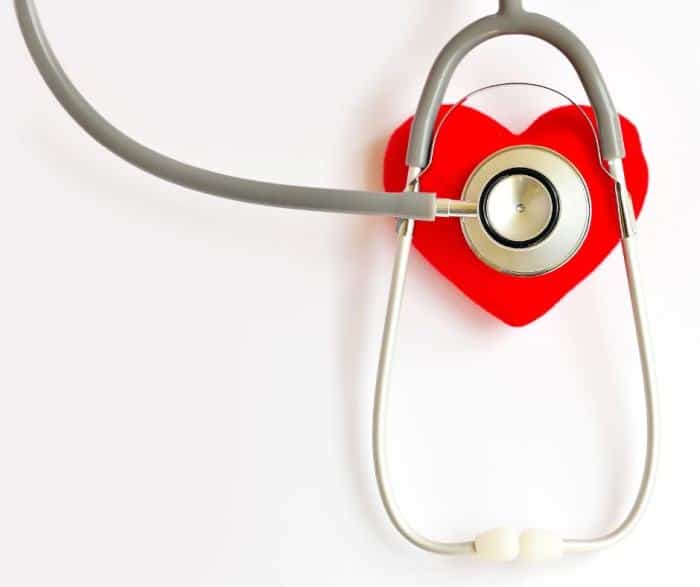 5 Benefits of Spirulina in Cholesterol

Spirulina can provide immense benefits to those suffering from hyperlipidemia.

1. It Reduces the risk of Atherosclerosis and Lowers High Cholesterol Levels

A study was conducted on an animal model to understand the possible hypocholesteremic effects of spirulina.

This was accompanied by an increase in the level of HDL cholesterol or the good cholesterol. [1]

Spirulina has Phycocyanin containing a large amount of cysteine that can impart hypocholesterolemic effects.

It is also rich in vitamin C and Beta-Carotene that also contribute to lowering levels of cholesterol.

Phycocyanin is an antioxidant biliprotein pigment contributes to the positive results observed.

LDL gets oxidized and activates a chain of events that eventually lead to plaque deposition) and in turn inhibits cholesterol deposition in the lumen of the artery.

This can retard plaque formation, and consequently decrease the chances of heart attacks, strokes and heart failure. [3]

What does this Mean? Spirulina can provide antiatherogenic effect. It can prevent strokes and heart attacks by lowering cholesterol levels.

2. It helps in High Blood Pressure

Hypertension is characterized by having a blood pressure over 140/90 mm of Hg.

Hypertension can occur often due to the consumption of a diet rich in sodium and processed foods, stress and lack of exercise.

Hypertension or high blood pressure can often damage the walls of the arteries.

This makes them more vulnerable to plaque buildup and can lead to the narrower lumen of the blood vessels.

To evaluate the effects of spirulina on hypertension, 4.5 g of spirulina was orally supplied every day, to 36 subjects for six weeks.

The volunteers didn’t have to make any additional changes in their dietary habits or lifestyle for the duration of the study.

At the end of the study, both the systolic and the diastolic blood pressure had reduced significantly. A reduction in levels of LDL and triglycerides were also observed. [5]

It also decreased the release of eicosanoid responsible for vasoconstriction (narrowing of the lumen of blood vessels). [6]

Angiotensin I converting enzyme (ACE) inhibitory peptide was isolated from spirulina that was shown to possess antihypertensive properties probably responsible for the favorable results in the aforementioned studies. [7]

This can help spirulina influence steps in the inflammation process and effectively prevent atherosclerotic plaque formation as well. [9]

What does this Mean? Spirulina contains components that can reduce high blood pressure and attenuate hypertension. Spirulina can pack a power punch and tackle problems such as hypertension and hypocholesteremia at the same time.

3. It Benefits in Diabetes

Diabetes is defined as persistently high blood sugar levels for a long duration. Insulin is the hormone responsible for lowering the sugar levels in blood.

This happens due to the ability of insulin to signal cells to increase their glucose intake.

In diabetes, Cells producing insulin often get damaged or body cells failing to respond to insulin.

It can be either caused to an autoimmune attack (Type 1) or genetics and lifestyle choices (Type 2).

They often show high levels serum cholesterol and other lipid parameters such as LDL. Level of HDL cholesterol significantly decrease. [10]

37 subjects having type two diabetes and were randomly divided in two groups and were either administered spirulina supplementation (8g/day) or placed under the control group (control group patients don’t receive any treatment and are used as a means of comparison to understand how the other patients perform).

In another study, 25 patients were randomly assigned to receive spirulina supplements or form the control group.

Along with this, the lipid profile of the patients also improved giving similar results to that of the former study [12].

The specific component of spirulina that could lower glucose levels has not been identified and its mechanism is not well understood.

In an animal study, however, Phycocyanin has been responsible for glucose lowering effects. [13]

What does this Mean? Spirulina can lower blood glucose levels and improve antioxidant status in diabetes. It can also regulate the levels of cholesterol and keep the risks of cardiovascular diseases at bay.

Oxidative stress (due to formation of large amount of reactive oxygen species) is a common feature in diabetes and MDA levels are an indicator of oxidative stress.

Lowering of MDA levels can imply that Spirulina has antioxidant properties that can alleviate oxidative stress.

This could prevent diabetes-related complications such as damage to eyes, nerves, and kidney.

Phycocyanin has also been accredited to lowering cholesterol and inducing an antiatherogenic effect. [14]

Other than that, Spirulina also contains gamma-linoleic, oleic and linoleic acids, all unsaturated fats.

In fact, lipids contribute to 5-10% of spirulina’s dry weight.

They can be responsible for lowering LDL levels, triglycerides and increase in HDL cholesterol which is the good cholesterol. [15]

Unsaturated fats prevent plaque formation and oxidation due to the nature of their molecules.

Spirulina can contain antioxidants that can reduce oxidative stress. Vitamin C, Beta carotenes, etc. are found in spirulina that is powerful antioxidants. [17]

Along with Unsaturated fatty acids and phycocyanin, Vitamin C in spirulina is known to be extremely beneficial in inducing an antiatherogenic effect [18].

Vitamin C inhibits this oxidation in the first place and helps prevent development of atherosclerosis in COPD patients. [19]

This can ensure prevention of cardiovascular diseases as well. [22]

What does this Mean? Spirulina can improve antioxidant defenses and reduce the risks of coronary heart disease, and high cholesterol.

In atherosclerosis, Accumulation of LDL particles in the intima (innermost layer of the artery) can set off a chain of events that can contribute to local inflammation and plaque formation. [23]

A study on an animal model have concluded that spirulina has anti-inflammatory properties and even inhibits associated oxidative stress.

Gamma-linoleic acid is in fact the precursor of prostaglandins, leukotrienes, and thromboxanes and is thus mediators in inflammation and immune processes.

This is highly beneficial to prevent cardiovascular diseases [25]

They can downregulate the expression of genes responsible for proinflammatory cytokines [26].

What does this Mean? Spirulina has anti-inflammatory properties which could help prevent the development of atherosclerosis.

It is generally advised to consume 500mg-1000 mg in a day. Spirulina is available in the market in the form of tablets or powder.

The powdered form of spirulina can be consumed by incorporating it into smoothies. Tablet forms are also available.

It is still however recommended to consult a doctor or a nutritionist first before consuming spirulina.

Bacteria can produce toxins. One such toxin is microcystin. Consumers have reported adverse health effects after consumption of spirulina [27].

These toxins were not produced not probably spirulina itself but probably due to contamination with other bacteria.

It is also known increase the activity of the immune system. So, it is better for individuals suffering from autoimmune disorders to not consume it. [28]

Spirulina is a rich source of iodine and hence must be taken with caution in case of thyroid disorders.

The FDA in the USA has set up certain instructions to what the supplement must contain. It must not contain lead and arsenic more than 2ppm.

Research shows that Spirulina can help lower cholesterol and prevent the risks of cardiovascular diseases.

But more research is needed in this area.