Diabetes is considered to be one of the most dangerous disease today.

In US alone more than 25 mn of adults and children have diabetes. This is 8.3% of the population.

This disease is most prevalent in age group above 65 years where 27% of the population has diabetes. What is more serious is 79 mn people have prediabetes.

Diabetes is a long-term chronic condition that occurs when a person does not produce sufficient insulin to convert starch and sugars to energy or when a person cannon use the insulin which can cause an excess buildup of glucose in the bloodstream.

The 2 major types of diabetes are:

The actual cause of type-1 diabetes is unknown. Type-2 diabetes usually occurs in older, overweight adults.

Symptoms of type-2 diabetes could be blurred vision, numb or burning feeling in the ankles, legs, and feet, fatigue and poor wound healing.

With the right treatment, blood glucose levels can be kept under control. Without treatment, it could cause blindness, nerve disease, heart or kidney disease, and stroke.

Cinnamon is the dried bark of an evergreen tree that grows in Asian countries especially Sri Lanka, India, and Indonesia.

Cinnamon is also made into herbal supplements.

There are several studies which have been undertaken to test the benefits of cinnamon for diabetes. 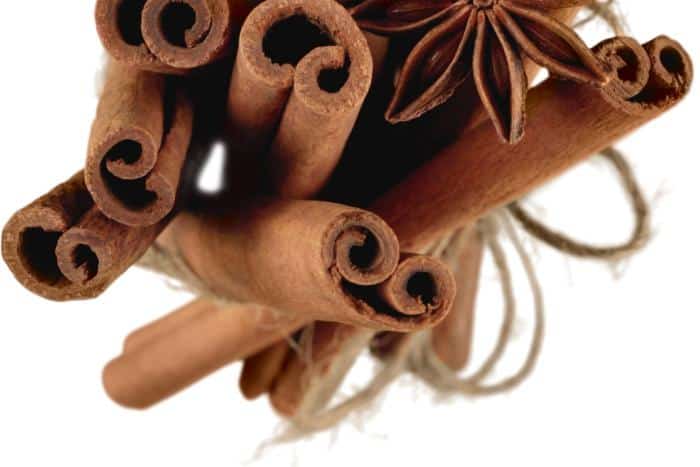 Groups 4-6 were given a placebo compared to the same dosage as the cinnamon. This treatment was followed for 40 days.

After this period all the groups were tested and it was found that all 3 cinnamon groups had lower levels of fasting serum glucose, triglycerides, LDL and total cholesterol.

The placebo groups did not demonstrate any significant changes.

The study thus concluded that the above doses of cinnamon could help in the treatment of type-2 diabetes.

Another study was conducted to see the effects of cinnamon on HDL and LDL cholesterol levels, glycated heaemoglobin A1c (HbA1c), triacglycerol and fasting plasma glucose in patients with type-2 diabetes.

79 patients with type-2 diabetes and on oral anti-diabetic medicines were selected. None of them were undergoing insulin therapy.

The patients were divided into random groups and given a placebo or cinnamon extract thrice a day for 4 months.

The cinnamon extract was of an aqueous form and was equivalent to 3g cinnamon powder a day.

At the end of the period, all the significant parameters were studied again.

It was found that cinnamon was able to reduce fasting plasma glucose levels in patients who had low glycemic control.

The other parameters showed no variation before and after treatment. None of the patients on cinnamon had any side effects.

From various scientific studies, it has been found that cinnamon could benefit the treatment of diabetes in the following ways:

One cause of diabetes is obesity. Cinnamon has been found to help with weight control by lowering LDL cholesterol levels.

As little as ½ tsp cinnamon taken a day can improve insulin resistance and this helps with weight loss and reduces the risk of heart disease too.

A 2012 review of all studies on cinnamon for diabetes, it was found that it could control glycemic levels.

In a 2009 study, it was found that patients with type-2 diabetes were given 500mg cinnamon supplements twice a day.

This treatment was given for 90 days. At the end of this period, it was found that the hemoglobin A1C levels – which show the average levels of blood sugar for 2-3 months – improved.

The theory is that this benefit could be because cinnamon improves insulin action. More research is required.

According to some researchers, rice pudding containing cinnamon was eaten by volunteers after a meal.

There was no significant reduction in blood sugar levels.

Hence, it can be said that there are different studies with some advocating cinnamon for diabetes and the others stating that it may not offer any benefits.

A clinical study found that 60 patients with type-2 diabetes were given Cinnamomum zeylanicum (Ceylon cinnamon) supplement doses of 1, 3 or 6g a day.

This was found to lower triglyceride, glucose, and LDL (bad) and total cholesterol levels.

Since there are many studies to support this claim, those with diabetes could use appropriate doses of cinnamon to control diabetes by regulating blood sugar.

Studies have found that just ½ tsp cinnamon powder taken daily in any form could fight against diabetes.

The study chose 30 nondiabetic individuals and divided them into two groups, one which underwent Oral glucose tolerance test (OGTT) after administration of cinnamon tea and a control group which took the test without consumption of cinnamon tea.

Several tests were conducted on the cinnamon tree bark extract to reveal its antioxidant and phenolic content and results of the statistical analysis were presented.

The principal aim of this study was to establish the effects of cinnamon tea (6g of cinnamon/100 mL) on the postprandial blood glucose concentration in non-diabetic people. 30 subjects were chosen for the study who were nondiabetic and were aged between 20 to 30.

They were chosen based on their medical condition, their daily cinnamon uptake and whether they were under the treatment of any other medication.

What were the results of the study?

Postprandial blood glucose tests are conducted after the consumption of a meal.

Immediately after consumption of a meal, the plasma blood glucose concentration tends to increase.

The magnitude of the increase is determined by varied factors like insulin secretion, glucose and carbohydrate metabolism, etc.

Postprandial glucose is measured using the oral glucose tolerance test (OGTT), where a set standard of 75g glucose is given to the patient and the blood testing is done two hours after ingestion.

The normal levels of postprandial blood glucose are under 7.8 mmol/l whereas, in diabetic patients, the levels can go up to 11.1 mmol/l.

The OGTT test revealed that, in comparison to the control group, the postprandial glucose level was lower in the test group which consumed cinnamon tea after glucose administration.

But the glucose levels did not change much at different time intervals.

The study had also tested cinnamon tea for its antioxidant activity. It was observed that cinnamon tea had a very high radical scavenging activity and this activity increased with increased dosage of cinnamon tea.

How did this occur?

The reduction in postprandial blood glucose by consumption of cinnamon tea is due to several properties of cinnamon.

One such property is related to the Gastric Emptying Rate (GER) and the feeling of satiety.

It has been proved in earlier studies that cinnamon consumption during or after a meal, slows the rate at which food leaves the stomach and hence induces the satiety or the feeling of being full.

This property has been found to be one of the reasons behind cinnamon’s hypoglycemic (ability to reduce blood glucose) activity.

Another interesting property of cinnamon is in its ability to mimic insulin. This promotes the uptake of glucose from the blood and carries it into the cells, thus reducing the blood glucose levels.

It was also shown to prevent insulin resistance.

This increased the activity of insulin and hence a reduction in blood glucose.

Alpha-Glycosidase is an enzyme that is produced in the small intestine. It is responsible for the breakdown of carbohydrates into glucose.

This drastically increases postprandial blood glucose levels. Cinnamon tends to inhibit the activity of this enzyme, thus causing the slow release of glucose into the blood.

Antioxidants are a class of compounds which can combat oxidative stress. The cinnamon extract was proved to have antioxidant property.

Formation of compounds known as Advanced Glycation Endproducts (AGE) is associated with the onset of diabetes.

It causes the formation of reactive oxidative species like superoxide anion and this can be very dangerous leading to further complications.

The antioxidants, like phenolics, in cinnamon tea scavenge these free radicals and prevent the formation of AGE.

Over the past decade, a lot of research has been conducted on ways to prevent the occurrence of diabetes in healthy individuals.

Since the need for the hour is to incorporate more plant-based medical solutions as opposed to synthetic pharmaceuticals, cinnamon tea is a great option for individuals to maintain a healthy and diabetes-free lifestyle.

It is a very simple and convenient approach to healthier and safer living.

When used in cooking, cinnamon does not cause any side effects.

Anyone taking cinnamon supplements must be careful if they suffer from allergies. C

innamon could cause skin irritation like sores or inflammation around the mouth, lips, and tongue. High doses of cinnamon could stimulate the uterus.

Hence, pregnant women are advised against using cinnamon. Cinnamon could react adversely with anticoagulants like aspirin or warfarin.

Cinnamon seems to be safe for diabetic patients.

Those with liver disease must be careful when using cinnamon.

When buying cinnamon supplements, make sure the product contains the ingredients required and has a quality seal.

Those taking diabetic medications or certain herbal supplements must consult their doctor before using cinnamon for diabetes.