IBS or Irritable Bowel Syndrome is a condition of the gastrointestinal tract that is characterised by chronic abdominal pain, diarrhoea or constipation, and irregular bowel movements.

It is common for IBS to begin after an infection, or a stressful life event. IBS may also have additional complications which lead to other chronic gastrointestinal conditions.

The honey obtained from the nectar secreted by wild Manuka trees found in New Zealand is called Manuka Honey.

There are several compounds present in Manuka honey that are not present in regular honey, but one of the most important of these is Methylglyoxal.

It is by the virtue of this compound that manuka honey possesses most of its properties, including its antibacterial, antifungal, antimicrobial and antiseptic functions.

Manuka honey can be used in the treatment of IBS, and its effectiveness has been the focus of a few studies. The mechanism through which it happens is still not completely clear.

Manuka honey contains compounds that give it a potent anti-inflammatory action. This helps with IBS as inflammation of the gastrointestinal tract is often a common symptom.

Oxygen is extremely essential for our bodies to function, but in our bodies these oxygen molecules undergo several reactions.

These reactions produce an unstable, reactive form of the oxygen molecule that is extremely harmful to the body and our organs and tissues.

Over time, these reactive oxygen species accumulate in our bodies and cause a lot of damage. Often, these molecules work as a catalyst towards inducing various disorders and diseases in our bodies.

A study performed by the Chandigarh Postgraduate Institute of Medical Education and Research (India) was published in August 2008. This study focuses on the antioxidant effect that manuka honey possesses and using it for the treatment of IBD (Inflammatory Bowel Syndrome) .

IBS is different from IBD but IBS is characterised by low grade inflammation and the symptoms are little similar.

The study was conducted on animal model of IBD , and the effect of different doses of manuka honey was studied. It was seen that oral administration of the manuka honey succeeded in significantly lowering the amount of inflammation in the large intestine of the rats.

Apart from the direct effect of manuka honey on the amount of inflammation, it was also seen that conditions in the diseased rats due to oxidative damage were also significantly improved over rats that were not treated with the manuka honey.

This study had extremely promising results, but more research is required in the form of human clinical trials.

What it means?
It was seen that manuka honey has a very strong effect in reducing inflammation in the intestine as well as treatment of several other internal conditions caused due to oxidative stress in IBS.

IBS is known to be due to the low grade inflammation that occurs throughout the gastrointestinal tract. Manuka honey is known to have a potent anti-inflammatory action. This makes it highly effective in the treatment of a condition such as IBS.

In addition to all this, manuka honey is also known to boost our immune system. A study conducted on January 2012 proves that this effect is due to the presence of certain Arabinogalactan proteins and Apisimin that manuka honey contains .

What it means?
Manuka honey has a potent anti-inflammatory effect, and this effect helps manuka honey in combating IBD as the disease involves a large amount of inflammation throughout the gastrointestinal tract. 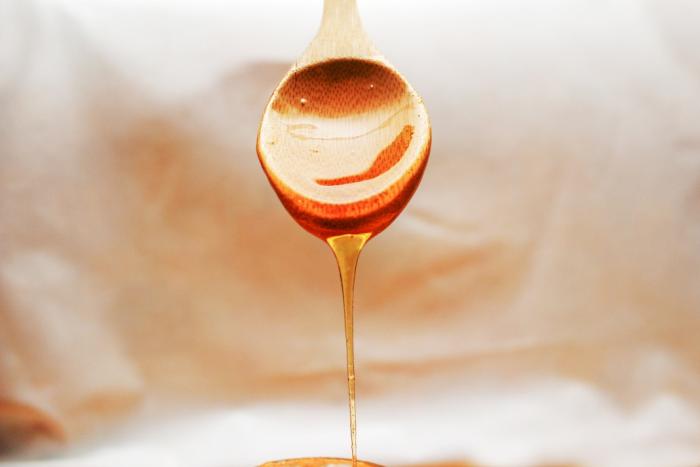 Our intestine hosts a number of bacteria that aid in digestion. Some of these bacteria are poor fermentors of food and these cause IBS symptoms. They then grown and outnumber the healthy bacteria and cause digestive issues.

Some of these bad bacteria include Campylobacter, E.coli, Clostridium difficile, Enterobacter etc. Lin et al have proven that most gastrointestinal germs and even antibiotic resistant pathogens are susceptible to microbicidal action of manuka honey.

What does this mean?
Manuka honey exerts anti-bacterial property against various bacteria that cause stomach infection and could trigger IBS.

Manuka honey is a rich source of methylglyoxal which is generally considered the active ingredient that confers therapeutic properties to manuka honey.

Researchers state that methylglyoxal is produced as a toxic metabolite by intestinal bacteria. Animals were supplemented with methylglyoxal and it was observed that these rats experienced diarrhea, visceral hypersensitivity (a sign of abdominal pain) and depressive behaviour.

Though this study shows that methylglyoxal could trigger IBS, anecdotal evidence and other studies show that Manuka honey benefits in gastric disorders by virtue of its antioxidant, anti-inflammatory and anti-microbial properties.

What does this mean?
Animal study shows that methylglyoxal supplementation can trigger IBS like symptoms. Therefore it is advisable to start with small doses of Manuka honey and observe your health.

However this study does not focus on Manuka honey and other studies showing beneficial effects of Manuka honey in stomach ailments can’t be neglected.

How To Take Manuka Honey For Irritable Bowel Syndrome?

The potency of manuka honey is decided based on the level of methylglyoxal present in it. UMF (Unique Manuka Factor) rating is a universal system followed world-wide that gives the quality of store bought manuka honey. A rating of 10 or above should be bought for maximum benefits.

For best results, it is recommended that 1 teaspoon manuka honey be taken daily 2 times a day in between meals .You could take 1 tsp of manuka honey with ginger and lemon juice to relieve gastric symptoms occurring in IBS.

While manuka honey can also be consumed by dissolving it in cold or lukewarm water, the most effective way to take it is straight from the spoon.

People with allergies for honey are not uncommon, and thus a patch test is recommended 48 hours before the consumption of manuka honey to ensure safety.

While it is perfectly safe for diabetic people to consume manuka honey, a strict check on blood glucose levels should be kept as manuka honey may increase sugar levels in your blood.

Manuka honey can be very effective in the treatment of IBS, due to its  anti-inflammatory action, and also due to its antioxidant mechanism. Both these effects have been studied and observed in different experiments.

Manuka honey also has a boosting effect on our immune system that helps us fight the disorder from within.