Aloe vera has been used for thousands of years for its benefits.

It has a number of uses in medicine and can be used topically as well as taken orally.

It is widely known for its beneficial characteristics and this is the reason you may find it in cosmetics, creams, and even the foods you take.

The leaves of the plant can grow up to30-50 cm in length and can are pointy, green and fleshy. It is this part of the plant that stores water in a slimy tissue.

This gives a thick appearance to its leaves and this is what is referred to as “Aloe vera gel”.

It has antioxidants, vitamins, minerals and a number of other bioactive and beneficial components that make the plant versatile for usage.

However, there are quite a few side effects that are associated with the plant. One must look into these before choosing the plant as their saviour for a skin condition, a digestive disorder or even inflammation.

Research conducted proved that Aloe vera contains a number of compounds that can prove to be toxic.

The extreme cases plant can be a carcinogen, can cause hepatitis and not a good choice to be used at the time of pregnancy and breastfeeding.

It has even reported causing thyroid dysfunction.

To know more, read ahead!

Possible Side effects of Aloe vera

1. High dose of non-standardized aloe vera supplements may cause hepatitis

One of the first cases where the occurrence of hepatitis was blamed on Aloe vera was when a 57-year old woman ingested Aloe vera compounds.

She did not have any past with a liver disease, nor was she a consumer of alcohol.

To prevent ageing, she took 500mg of Aloe vera tablets for a period of 4 weeks.

Upon the biopsy of the liver, it turned out that she was suffering from acute hepatitis which completely resolved when she refrained from taking Aloe vera.

A 73-year old female was admitted into the hospital as well, who was diagnosed with acute hepatitis.

The cause of the disease was not detected until she admitted that she was using Aloe vera capsules to treat constipation.

When she was asked to discontinue the use of Aloe vera, all the liver markers associated with hepatotoxicity returned to normal levels.

Another case, similar to the ones above was reported when a 21-year old female was admitted to the hospital, complaining of acute hepatitis. She was on an Aloe vera preparation from a 4 week period. Upon tests, it was revealed that the hepatitis was Aloe-vera induced.

What does this mean? Aloe vera, when taken orally, may lead to hepatitis and one must watch out before self-treating.

2. Topical application of aloe vera may cause allergy in sensitive individuals

When the immune system of our body results in an undesirable set of reactions such as autoimmunity and allergies, it can be very frustrating.

Similar reactions were observed when Aloe vera was used.

A 47-year old man used Aloe vera topically and orally for a period of 4 years.

The manifestation of the hypersensitivity was observed as papular dermatitis, generalized nummular eczematous dermatitis as well as contact urticaria. Patch tests were conducted which turned out to be positive for Aloe vera.

What does this mean? Aloe vera may cause hypersensitivity to occur upon usage, such as popular dermatitis and contact urticaria.

3. It may increase the risk of bleeding

Aloe vera has been known to increase the risk of bleeding and must be taken care of by the patients who wish to prevent the risks associated with excessive bleeding.

A 35-year old patient underwent a surgery and ended up losing a whopping 5 L of blood due to the interaction between sevoflurane (used in anesthesia) and Aloe vera.

This interaction inhibited the action of a thromboxane A2, which is a hormone that leads to platelet aggregation.

What does this mean? Aloe vera may increase bleeding and hence must be taken carefully by patients undergoing surgery and using sevoflurane as an anesthetic. 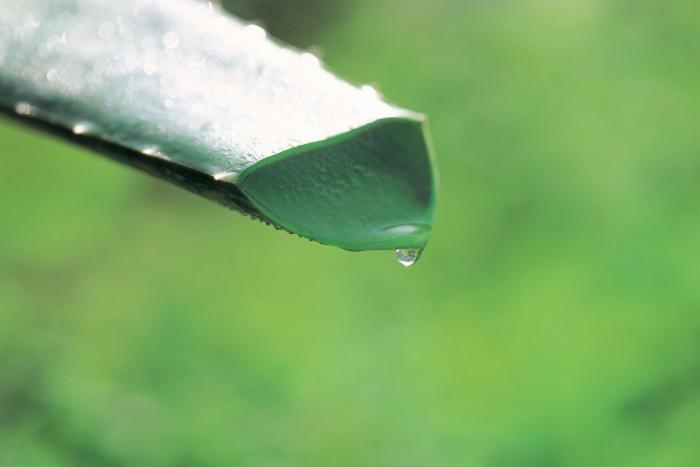 Henoch-Schonlein purpura is a disease that commonly occurs in children. It is characterized by inflammation of the blood vessels that result in small reddish-purple spots on the skin.

There can also be a number of small bruises along with a rash.

An adult patient received a drug that comprised of Aloe vera and was subsequently reported with Henoch-Schonlein purpura.

What does this mean? Aloe vera, upon ingestion, may result in a condition known as Henoch-Schonlein purpura.

5. Aloe vera based herbal mixes may cause kidney failure

Traditional remedies have often been known to cause acute renal failure. This time, the traditional remedy that resulted in this adverse effect was Aloe vera.

The kidneys fail to eliminate waste from the body.

A 47-year old patient developed acute renal failure upon ingestion of the remedy that contained Aloe. He was observed to have “oliguric” renal failure, where the urine output is less than 500ML per over a 24-hour period.

What does this mean? Aloe vera may prove to be a nephrotoxin and cause damage to the kidneys.

After the study period, when tests were performed, it was reported that the usage of the gel had resulted in rare contact dermatitis.

What does this mean? Aloe vera may prove to be toxic for the skin and result in contact dermatitis.

A herbal tea that was a traditional remedy was used by a patient of South African origin. This was done by him in order to clear his stomach.

This ingestion led to an episode of severe vomiting. The herbal tea contained Aloe vera as one of its components.

When the tea containing Aloe was stored, there was oxidative degradation of its compounds that led to this adverse effect.

Patients who take hypoglycemic agents to keep their blood sugar levels intake must also be careful when ingesting Aloe vera.

If used for a long time, it may lead to diarrhea and in turn result in a severe electrolyte imbalance.

An animal study emphasizes on the fact that Aloe vera may have adverse effects on the colon.

Aloe vera leaves consist of a compound known as anthraquinones(barbaloin and aloin) that lead to carcinomas and adenomas of the colon.

What does this mean? Aloe vera, when used in tea and stored, may lead to severe vomiting. It can also cause diarrhea in patients who are using hypoglycemic agents. It also has a toxic effect on the colon.

You read that right. Aloe vera has also been found to have carcinogenic effects.

Hyperplasia results in the enlargement of an organ or tissues and is usually present at the developmental stage of cancer.

The pathways associated with this were similar to what is found in humans.

Aloe vera has been used in order to get relief from constipation- it has been used as a laxative. However, Aloe vera consists of a compound known as anthranoid.

It has been noted that upon prolonged use of laxatives that contain anthranoid, the risk of developing colon cancer increases. Tumours may be found and also may progress.

What does this mean? Aloe vera can be a cancer-causing agent, especially in the gastrointestinal tract. The compound responsible is “anthranoid”, present in various laxatives.

According to an animal study, when rats were administered with Aloe vera gel orally, and received 150 to 300 mg/kg per day of the extract for a period of 8 weeks, it resulted in a decline of serum testosterone, testes weight, sperm fertility as well as sperm count.

What does this mean? Aloe vera results in a decline in the sperm count, sperm fertility, testes weight when taken orally.

10. Aloe vera consumption may be unsafe in pregnancy and lactation

Aloe vera may result in uterine contractions in pregnant women and also gastrointestinal distress in the nursing infant. Hence it should not be taken orally.

What does this mean? Aloe vera is not recommended to be consumed by pregnant women.

Some of the key precautions with aloe vera include -

Aloe vera is indeed a gift by nature. But as with all herbal/natural medications, it needs to be used with care.

Before getting Aloe vera into a daily routine for treating digestive issues, skin problems or even as a precautionary measure, one must keep in mind its possible side effects.

Using standardized extracts, buying aloe vera from a trusted supplier and avoiding comedication can help mitigate most of the adverse effects of aloe vera.

READ THIS NEXT -
What is Cacao?
Should you take Wheatgrass during Pregnancy
Can Quinoa Help in Cholesterol Problems?
14 Amazing Health Benefits Of Chia Oil
5 Ways Aloe Vera Can Benefit in Gastritis [Science Backed]
How Much Cinnamon You Should Take?