Our hunt for weight loss supplements brings us today to Chitosan supplements.

Chitosan is a compound that is involved in the firm structure of shells of crustaceans like shrimp, crab etc.

Chitin is the substance from which it is derived. It is considered as the second most important naturally occurring polymer.

It finds its use in agriculture, biopesticide, industrial applications, winemaking etc.

For biomedical purposes, it finds its use in bandages and drug delivery systems. Apart from that its property as a fibre that traps fat is being exploited significantly.

How is chitosan said to help in weight loss?

Chitosan has positive charges on its surface which is why it can form a film with negatively charged molecules.

It is not broken down by human digestive enzymes but is good for the intestinal microflora.

Negatively charged molecules in the stomach bind to chitosan.

Chitosan binds to the negatively charged groups of fatty and bile acids and thereby is said to cause fat excretion.

In an experimental model of the digestive tract, chitosan is found to prevent absorption of fats and promote its excretion.

Now the question is whether this phenomenon does occur in the human body?

In an article ‘Is Chitosan a ‘’Fat Magnet’’?’ the author claims that chitosan can indeed bind fat but the amount in which it is present in the capsules it might not be effective.

Nevertheless, we will be going through a significant proportion of scientific data on this topic before we come to a conclusion.

Following studies have investigated the possibility of using chitosan for weight management.

In a cell culture study, developing fat cells were treated with chitosan.

It prevented growth and development of fat cells and reduced accumulation of fats.

It also lowered the activity of hormones, genes, and proteins required for the development of fat tissue.

Animal studies investigating the role of chitosan in obesity demonstrate that chitosan    :

What does this mean? Chitosan shows great promise as an anti-obesity agent by preventing body weight gain and reducing cholesterol levels in animal studies.

In a clinical trial treatment group received six 500mg chitosan capsules a day and placebo and control groups were organized for comparison.

Weight loss in the treatment group was 2.8 pounds and fat loss was 2.6 pounds in comparison to 0.6 pound and 0.8 pound lost by placebo and control group respectively.

Schiller et.al conducted a study in which individuals received chitosan or placebo in addition to a high fat diet.

At the end of the 8 weeks, chitosan group lost 1kg while placebo group gained 1.5kg.

This study demonstrated that chitosan may be effective as a weight loss supplement.

Zahorska-Markiewicz B and his fellow researchers studied the effects of low-calorie diet and chitosan supplements on obesity.

It was a 6-month program. Each tablet contained 750mg pure chitosan and the subjects received two tablets thrice a day.

Weight loss in the chitosan supplemented group was 15.9kg while in the placebo group it was 10.9kg.

The decrease in blood pressure was also seen in chitosan group.

In a study conducted in South Korea combination of Vitamin C and chitosan is found to accelerate weight loss caused by chitosan in overweight individuals.

A novel formulation of chitosan and psyllium husk seeds is found to cause 3-4 grams of fat excretion in humans which creates a calorie deficit of 30-40kcal per day.

Combination of chitosan and glucomannan fibre is proven to increase cholesterol excretion but whether this affects body weight is not known.

A study was conducted by Japanese researchers to investigate whether chitosan lowers cholesterol levels.

Subjects suffering from mild to moderate hypercholesterolemia were given 1.2g of chitosan every day for 56 days.

A review of chitosan’s efficacy in lowering cholesterol reports that dietary chitosan reduces total cholesterol by 5.8-42.6% in humans but in short term trials the effects are not significant enough.

Side effects like nausea and constipation were reported in a small number of patients.

What does this mean? Some clinical trials show that chitosan helps reduce weight and lowers cholesterol levels but the results are not clinically significant. Research also suggests that chitosan in combination with low calorie diet or Vitamin C enhances weight loss. 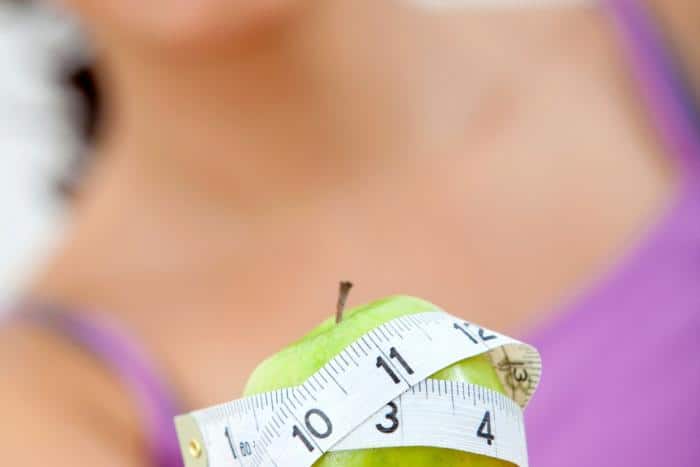 Pittler et al demonstrated that chitosan supplementation for 28 days brought about no significant changes in BMI and cholesterol.

Researchers at the University of California Davis revealed that chitosan does trap fat in females.

It does in males but the amount is so insignificant that it would take around 7 months for men to lose 1 pound of fat.

Another study was carried out by the same institute to verify the claims of chitosan-based supplements acting as fat trappers or fat magnets.

Participants consumed five meals a day without any calorie restriction. They received 4.5g of chitosan each day.

These researchers dismissed the claim that chitosan can trap fat.

12 individuals were recruited for the study and were randomized to receive 120mg orlistat or 890mg chitosan three times a day.

On completion of the treatment, the groups were interchanged. With orlistat fat excretion increased but with chitosan no effect on dietary fat absorption was seen.

Researchers concluded that fat excretion was significantly greater with orlistat than chitosan.

A good review of chitosan’s effect on obesity has been conducted in which 14 studies were included.

Considering the results of all trials, it was concluded that chitosan causes small but significant weight loss in comparison to placebo.

But only when high-quality studies were considered the effect of chitosan on body weight was minimal.

What does this mean? A number of other researchers have denied the claim that chitosan can cause weight loss. Researchers at UCDavis have clearly busted the claim of chitosan being a fat trapper. In a comparative study between orlistat and chitosan, chitosan didn’t seem to cause any excretion of fats.

Different studies present different dosage but the range is somewhere between 1.2g to 4.5g of chitosan a day.

The manufacturers generally suggest two tablets prior to large meals in a day which seems safe enough to follow.

Consult your doctor before taking any supplements.

Chitosan is implied to reduce absorption of vitamin B12.

Avoid taking chitosan if you are allergic to shellfish or seafood.

Though animal and lab studies demonstrate that chitosan has fat-trapping properties but this effect is not clinically significant in humans.

Some sources claim that FDA has asked companies producing chitosan supplements to take back their claims that these supplements could help reduce weight.

European Food Safety Authority has also come to a conclusion that ‘A cause and effect relationship has not been established between the consumption of chitosan and reduction in body weight.’

And most of the scientific evidence reports that if in case chitosan causes weight loss it is insignificant.

So we would not recommend chitosan supplements for weight loss. In case you have tried it feel free to share your experience with us.