The most amusing part of the advertisements for weight loss supplements is the Photoshopped before-after pictures.

Despite the awareness of such photographic tricks they still seem to convince us to buy the supplement.

And as our longing for the miracle drug continues, the weight loss industry thrives.

Carnitine is one such supplement that is said to burn fat and today we are going to find out how effective it indeed is for weight loss.

What is carnitine and its role in fat metabolism?

Carnitine is derived from amino acid- building blocks of protein.

Its name is derived from the Latin word ‘carnus’ or flesh, as the compound was isolated from meat.

It exists as D-carnitine and L-carnitine.

It transports the long chain fatty acids ( building blocks of fats) into the mitochondria which are the powerhouse of the cell. Here fat is utilized to produce energy.

Carnitine is also found in muscle and cardiac cells where it supports the utilization of fats as energy.

Typically carnitine is thought of as a weight loss agent that oxidizes fat and protects muscle and glycogen storage from being used as an energy source.

What is the difference between carnitine and acetyl L-carnitine?

Acetyl L-carnitine is a processed form of L-carnitine. It is said to have higher bioavailability and is more bioactive.

It crosses the blood-brain barrier and helps in improving cognitive function.

As a source of acetate, it serves as a precursor to acetylcholine (a neurotransmitter) which helps in thinking and memory functions.

Acetyl L-carnitine also helps in fat burning but this is not its primary role.

Taking L-carnitine is also fine if fat burning is the main objective, but whether it really works still needs to be investigated.

Carnitine aids in burning fat at a cellular level which is why its potential as a weight loss agent has been investigated.

L-carnitine seemed to be gaining popularity as a weight loss supplement since the time of this study: ‘.

Body weight reduction in adolescents by a combination of measures including using L-carnitine.’, Acta NutrimentaSinica, 1997.

In this study it was shown that overweight adolescents, participating in a weight reduction program and taking 1000mg of L-carnitine per day for three months, lost more weight than those taking a placebo.

However, the University of Maryland comments that this study is flawed.

At the end of the study, the group being treated with L-carnitine lost 4.6 kg and their waist circumference reduced by 5 cm approximately.

What does this mean? Limited studies show that carnitine supplementation causes weight loss but these studies also make use of a low calorie diet so it is difficult to attribute the weight loss to carnitine.

The levels of hormones involved in fat breakdown increased.

A human study shows that L-carnitine supplementation for 10 days results in fatty acid oxidation in those who do not have L-carntine deficiency.

Another study used radioactive tracers to confirm the role of carnitine in obesity.

Obese individuals were given regular diet with or without L-carnitine supplementation (3g/day) for 10 days. As expected L-carnitine increased dietary fat oxidation.

What does this mean? The use of carnitine supplement in treating obesity is based on the fact that carnitine plays a role in energy metabolism by breaking down fats at a cellular level and stimulating utilising of fats as energy.

Researchers at Cornell University demonstrated the weight reducing effect of carnitine in overweight cats.  Weight loss was observed in all groups.

Increase in metabolic rate and fatty acid oxidation was seen.

However, extrapolating these results to humans would be a stretch. 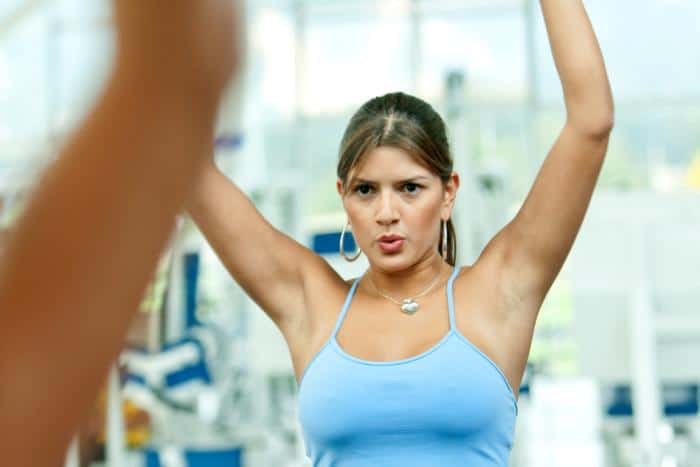 Carnitine is popular for its role in fatty acid oxidation. However German researchers comment that carnitine has a role beyond that.

It can improve blood sugar levels in individuals suffering from insulin resistance and this has been proven in both animal and human studies.

A clinical trial demonstrated that obese premenopausal women treated with L-carnitine and low-calorie diet experienced improvement blood lipid level and cholesterol levels and a decrease in insulin resistance was seen.

A clinical trial was conducted to compare the effects of orlistat and L-carnitine and orlistat alone on body weight and other related parameters in obese type 2 diabetic patients.

In addition to blood sugar reducing drugs, the subjects were given either orlistat 120mg thrice a day and L-carnitine 2 g once a day or only orlistat.

The study lasted for a year.

A decrease in body weight, improvement in lipid profile and the decrease in inflammation was observed with orlistat and L-carnitine supplementation than orlistat alone.

What does this mean? L-carnitine improves blood sugar and insulin levels. Orlistat and L-carnitine combination is better than orlistat alone in decreasing body weight and lipid profile in obese type 2 diabetic patients. This property of L-carnitine suggests that it can be used to treat obesity related diabetes.

Maastricht University, Netherlands conducted a study where the effect of carnitine and carbohydrate consumption on muscle carnitine content, exercise metabolism and performance was recorded.

It was found that muscle carnitine increased with dietary supplementation of carnitine and this lead to decreased utilisation of muscle glycogen as energy.

Instead, fats were broken down as a form of energy. Work output increased by 11%.

In a study assessing the effect of L-carnitine supplementation in elderly suffering from rapid muscle fatigue, subjects were given 2g carnitine twice a day for 30 days.

At the end of the study, the participants lost an average 3kg of fat mass while their muscle mass increased by 2kg.

Physical and mental fatigue also reduced by around 40 and 45% respectively.

What does this mean? Carnitine is the touted as one of the best weight loss supplements as it causes weight loss without loss of muscle mass. Studies show that carnitine supplementation increases muscle mass and uses fat instead of muscle glycogen reserves as a source of energy.

Researchers have found that carnitine, when administered with a herbal mixture, has beneficial effects on obesity-induced metabolic changes like disturbed lipid profile, insulin resistance etc.

A combination of grape extract, green tea extract, and carnitine is found to ameliorate changes in the lipid profile and liver health brought about by a high-fat diet.

A mixture of red grape extract, soy isoflavone, and L-carnitine is found to suppress fat gain and disturbances in lipid and cholesterol levels occurring as a result of a high-fat diet.

Researchers feel that this mixture can prove to be an adjuvant therapy in obesity and related metabolic diseases like non-alcoholic fatty liver disease.

A mixture of these compounds is found to breakdown fats in animal and lab studies and researchers feel that this can be developed into a potential treatment for obesity.

What does this mean? Few research studies show that carnitine along with different herbal mixtures cause weight loss and also serve to be therapeutic in metabolic diseases. Soy isoflavones increase the fat oxidising property of L-carnitine.

However, some researchers have a different viewpoint on the link between L-carnitine and weight loss

Rats did lose weight but this was attributed to the low-calorie diet.

No differences were seen in the control group or treated group in terms of weight or any other parameter.

Another animal study also confirms these results by demonstrating that L-carnitine supplementation does not promote weight loss caused by moderate intensity exercise.

At the end of the study, no significant difference in total body mass or fat mass was observed in the subjects.

Five of the treated individuals experienced nausea and diarrhea and did not complete the study.

Another study presented similar findings where it was reported that L-carnitine supplementation with aerobic exercise had no significant effect on body weight and inflammatory parameters in obese individuals.

Some studies also present that L-carnitine supplementation does not bring about an increase in metabolism and neither does it affect carbohydrate, protein or fat metabolism post exercise.

What does this mean? Few animal studies and clinical trials show that L-carnitine supplementation does not cause any change in body weight even if combined with exercise.

Note:  Despite carnitine’s biological effect of stimulating utilization of fats as a source of energy, there are not sufficient clinical trials conducted on humans that show L-carnitine causes significant weight loss.

Meat is the best source of carnitine; redder the meat higher the carnitine content. Fish, poultry and dairy products are good sources of carnitine.

Avocado and soybean are great vegetarian sources of carnitine.

Here is a table mentioning the amount of carnitine you can derive from natural sources:

There is no specific prescribed dosage for L-carnitine for weight loss since its effect on weight loss is not strongly proven.

As per the different studies quoted above 1-2g per day seems like a safe dose.

Doses of around 3g a day or more can cause side effects like nausea, vomiting, abdominal cramps, diarrhea, and a "fishy" body odor.

Rare side effects include muscle weakness and seizures.

Carnitine is said to increase cardiovascular risk but this needs to be proven with better research.

Animal and lab studies do prove that carnitine does breakdown fats by oxidizing them and using them as a source of energy.

But research on its efficacy in weight loss has produced confusing results.

There aren’t any significant clinical trials that establish a direct link between weight and fat loss and carnitine supplementation.

We would suggest taking carnitine supplements for weight loss only if approved by a doctor. For other weight loss techniques keep browsing our website.

READ THIS NEXT -
How Vital Is Good Sleep For Healthy Weight?
[Caution] 8 Adverse Effects of Yo-Yo or Crash Dieting for Weight Loss
Leafy Green Extract Reduces Food Cravings
6 Reasons Why Pomegranate is Good for Weight Loss