Trying to see a figure lesser than you saw a day before when you stood on the weighing scale is one of those moments when you are the proudest and happiest.

But, getting there is a bumpy ride.

One day the figure is less, the next day, it increases! And you are rendered depressed and frustrated. What went wrong? Did all your efforts go waste?

Losing weight is a battle. A battle you fight with the “you” who loves to binge, finds excuses for not exercising and lacks discipline.

The key, however, is to stay persistent and think less about the struggle. To make is less of a struggle, many supplements, shakes, tablets, and drinks were introduced.

Such a drink was “Plexus slim”. It does not contain any chemicals- it is made out of minerals and plants. To top it all, it looks like a magic potion- it is pink in colour!

If you have ever struggled to lose weight, Plexus slim can give you that much-needed push. It comes in the form of a powder which should be mixed in water and that’s about it! The drink is ready!

It is 100% vegetarian, when drank, helps to make you feel full and also regulates the blood sugar and cholesterol levels. Plexus Slim was introduced in the year 2011 and contains a few key compounds- chromium, Garcinia cambogia, green coffee, and alpha lipoic acid.

Does Plexus slim really aid weight loss? Should you incorporate it in your life? This article shall help you decide. Let us take a look at each ingredient and how it helps in losing weight.

Chromium is a mineral and is required in very small amounts by the human boy. However, chromium, due to so many uses, is incorporated into so many weight loss supplements.

In such supplements, it is used in the form of chromium picolinate. This is a chemical compound used for the absorption of glucose in the body, treatment of diabetes and weight loss.

A review paper assessed the efficacy of chromium for weight loss in obese and overweight subjects.

According 11 studies out of 20, chromium helped with the weight loss. However, in many studies, adverse effects were also observed such as headaches, vertigo and urticaria.

When chromium was incorporated into yeast and a whole wheat bread was made out of it and consumed by subjects suffering from type-2 diabetes, a number of events occurred. After a period of 12 weeks, their blood insulin and glucose levels declined. Blood pressure and body weight also decreased.

Healthy as well as overweight women were to consume 1000mg of chromium picolinate per day for a period of 8 weeks, after which, carbohydrate and fat cravings, hunger levels, body weight and food intake declined. An animal study gave similar results, that is, a decrease in food intake.

Chromium can also be used in the treatment of diabetes. Since diabetes is inclusive of high blood sugar levels, it surfaces as a result of obesity.

This is inclusive of high blood sugar levels, insulin resistance, low glucose sensitivity and a higher risk of heart diseases.

A study was published in “BioFactors” in 2012, which reported that upon the administration of chromium picolinate for 4 weeks on animal model of diabetes, it leads to a decrease in plasma glucose levels, weight loss, a rise in the enzyme that break molecules of glucose and a decrease in the enzymes which form glucose molecules.

An animal study, too, demonstrated similar results when the animals were administered with chromium in their diet- it proved to be protective against obesity.

Chromium also helps in the regulation of insulin levels.

It has been observed that people suffering from type-2 diabetes have low levels of chromium in their blood. They also suffer from insulin resistance, before the complete onset of diabetes, where cells do not respond to the call of insulin.

In overweight individuals, chromium enhances the working of insulin and also lowers the risk of heart diseases.

Chromium picolinate is the safest form of chromium and is absorbed the best by the body, the dosage varying between 200 and 1000mcg.

A review paper also stated that chromium helps in the regulation of insulin levels, but only in those suffering from diabetes.

Binge eating can also turn into a disorder, called the Binge eating disorder. Here, the sufferer binge eats even when it gets uncomfortable and feels uneasiness and guilt afterward.

A 6-month study was conducted on subjects suffering from binge eating disorder. They received chromium in the form of chromium picolinate.

This lead to a reduction in fasting glucose, weight, binge frequency and symptoms of depression.

A study also resulted in no significant weight loss when overweight subjects incorporated 1000 micrograms of chromium picolinate into their diet for a period of 12 weeks.

What does this mean? Chromium aids weight loss especially in the form of chromium picolinate. It also fights diabetes, insulin resistance and helps in controlling appetite.

Green coffee is another ingredient that is present in Plexus Slim.

It has a compound called “chlorogenic acid” which imparts great benefits to coffee- such as helping with weight loss and diabetes.

While green coffee is just the coffee seeds that are not roasted, the chlorogenic acid content is lost if the coffee beans are roasted.

Green coffee also helps in weight loss due to the presence of another compound called “caffeine”.

The hormones that are responsible for breaking down the fat were also regulated.

Caffeine has been found to increase the resting metabolic rate (that is, how many calories does your body burn while performing the very basic functions such as breathing and digestion) in obese as well as healthy humans.

Caffeine also promotes thermogenesis (production of heat in the human body) which helps burn calories and is useful in weight loss.

A study was conducted on fasted subjects who consumed glucose along with some decaffeinated coffee.

The chlorogenic acid decreased the absorption of glucose from the intestines. It hence had a regulatory effect of the transport on glucose.

A few overweight men were administered with decaffeinated coffee and chlorogenic acid. This decreased the concentration of insulin and glucose.

However, green coffee extract has been found to have an adverse effect if inhaled. It leads to the constriction of the airways in the lungs and often leads to coughing, wheezing as well as shortness of breath.

What does this mean? Green coffee, being high in chlorogenic acid, helps in reduction of body weight, provides a good control over the appetite and also attenuates glucose intolerance. 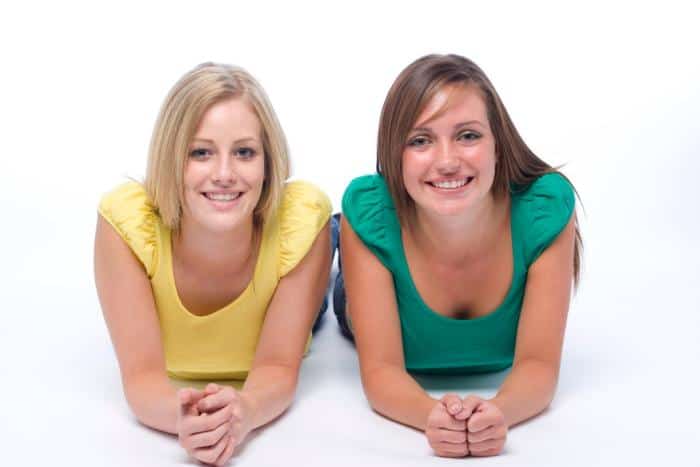 Obesity and high-fat content in the body lead to inflammation.

Due to this, a large number of free radicals are produced. These altogether rise in the number and lead to a phenomenon called “oxidative stress”.

The oxidative stress can cause plaque to develop in the arteries. Hence antioxidants are required in order to neutralize these free radicals.

Individuals suffering from type 2 diabetes and obesity also benefited from this compound. After a period of 20 weeks, they had a weight loss as well as a reduction in triglycerides (the bad cholesterol).

What does this mean? Alpha lipoic acid, being an antioxidant, fights oxidative stress and thereby helps in fighting diabetes and helping cholesterol levels to normalize.

Garcinia cambogia is typically found in Indonesia. It looks like a pumpkin and has a sour taste. It is used in many weight loss supplements.

The key ingredient that works for weight loss in it is hydroxycitric acid; found in the rind of the fruit.

Hydroxyctric acid reduces fat synthesis, food intake as well as body weight. Furthermore, it enhances the oxidation of fat and the formation of glycogen and glucose.

Hydroxycitric acid also helped in the reduction of visceral fat. Individuals were asked to consume a diet consisting of Garcinia cambogia for a period of 12 weeks.

There was a significant difference in not only the visceral fat (fat surrounding the important organs, especially in the abdomen), but also in the subcutaneous fat (the fat found under the skin) levels. There was also a significant change observed in the BMI.

Hydroxycitric acid works by inhibiting the action of an enzyme called adenosine triphosphate citrate lyase that participates in the production of fatty acids.

The calcium/potassium salt of hydroxycitric acid is called Super CitriMax and is derived from the ring of the fruit of Garcinia cambogia.

The proteins involved in inflammation (such as interleukin-6 or C-Reactive protein) were reduced, so were the glucose, insulin and triglyceride levels.

The appetite, food intake, and weight also reduced. This overall lead to a lowering of oxidative stress.

It acts as an appetite suppressant

Garcinia cambogia is helpful when it comes to tackling the hunger pangs.

A hormone called “leptin” present in our body that leads to the feeling of “satiety”. It works by the inhibiting hunger.

In an animal study, upon the introduction to dietary Garcinia cambogia for a period of 4 weeks, a number of changes were observed.

Insulin levels, as well as leptin levels, were lowered and it also improved glucose metabolism. This proved that Garcinia cambogia displays “leptin-like” activity.

What does this mean? Garcinia cambogia, due to the presence of hydroxycitric acid, helps get rid of fat, whether it is visceral or subcutaneous. It attenuates insulin resistance, oxidative stress and also helps curb the appetite.

As mentioned on the packaging of Plexus slim, it can be taken before a meal, half an hour prior to the meal, one drink per day. One scoop of Plexus slim.

One must test for allergies before beginning with a long term intake of the product. There have also been incidences where the ingredients used to make Plexus slim (as mentioned) showed adverse effects.

They should also be taken into account as well before accommodating it into your everyday routine.

With so many people trying to lose weight, there comes a saturation point, where all you need is a little push, a little help, a little motivation.

Plexus slim has ingredients which are proven to aid in weight loss but the as such there has been no study on the product as whole to investigate its efficacy in weight loss.

If you have tried Plexus slim, do share your experience with us.