Minerals are inorganic (do not contain carbon) substances that are commonly found in rocks and soil.

They are then absorbed by plants and this is how they make their way into the animal and human system.

Minerals are required by our body in small amounts to maintain overall health.

Minerals present in our diet are classified as follows:

A mixed response is available regarding mineral supplements for weight loss, but nonetheless, minerals do play a vital role in weight management.

It is necessary to focus on this because we need to aim for healthy weight loss.

Minerals and their Link with Obesity – What Science Says

Various scientific literature comment on mineral deficiencies in obese individuals, their role in fat deposition and energy metabolism and their relevance in weight management. 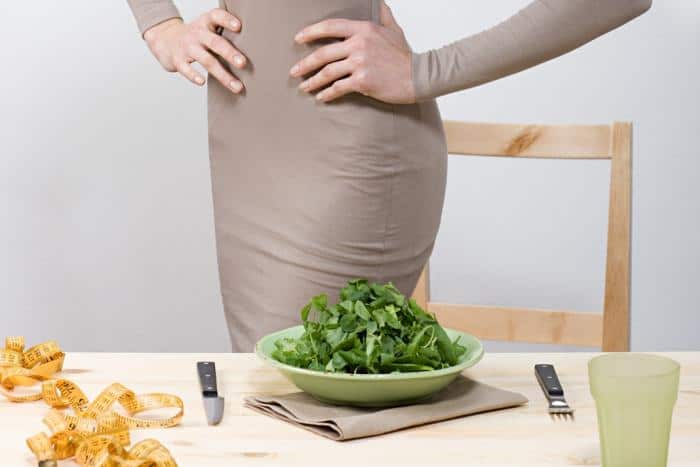 Chromium is important in the metabolism of fats and sugar. It regulates insulin levels. Meat, whole grains, fruits are good sources.

The effect of chromium on individuals is dependent on the dose, diet and duration.

However, in comparison to a calorie restricted diet and exercise, its effect on weight control is small.

Chromium picolinate is a chromium supplement that exploits chromium’s potential in regulating fat and carbohydate metabolism.

Absorption of this supplement in the body is better than that of dietary chromium.

In a study focussed on the effect of chromium picolinate on modulating food intake of healthy overweight women, consumption of this supplement was found to reduce food intake, hunger, fat cravings and caused a decrease in weight.

A part of this study was focussed on rats, wherein chromium picolinate administration was found to reduce food intake dose dependently.

Overall these results suggested that chromium picolinate does influence food intake and satiety.

Also, the adverse effects of consuming this supplement were reported.

An experimental study was conducted to understand the molecular mechanism by which chromium acts against obesity.

Chromium histidine, a chromium supplement was administered to rats fed with a high fat diet.

The supplement positively influenced inflammatory mediators and improved the oxidative status of the rats thereby suggesting its protective role in obesity.

What does this mean? Chromium does play a role in fat metabolism but its effectiveness as supplements is not as strong as conventional weight loss regimes.

Research proves that strenuous exercises can increase an individual’s magnesium requirements by 10-20%.

Athletes that participate in sports that require weight control such as wrestling are prone to magnesium deficiency.

In a study examining the effect of magnesium supplementation in patients suffering from non alcoholic fatty liver disease, magnesium caused a decrease in body weight as well as improved parameters in relation to the disease.

These effects were not significant when compared to the control group, but it was concluded that magnesium supplement promotes weight loss which may improve the health status of individuals suffering from fatty liver disease.

What does this mean? Magnesium is involved in regulating energy and fat levels in human body but has it has not been successfully established as a weight loss supplement.

Zinc supplementation is found to increase body fat in genetically obese mice and mice fed with a high fat diet.

The study indicates that zinc does play a role in energy balance in obesity by influencing body fat.

Another study suggests that zinc plays a role in nutrition by interacting with leptin.

Leptin is a hormone that regulates fat and energy storage and influences appetite.

Zinc deficiency is associated with anorexia and weight loss.

These findings suggest that there could be a possible link between zinc and leptin which in turn affects immunity and food intake.

In a study focussed on understanding the effects of a weight loss reduction program based on consumption of a low calorie diet, it was found that diet was successful in lowering body weight, BMI and body fat percentage.

But surprisingly these individuals had a high serum zinc levels at the end of the program.

A clinical trial was conducted in which obese individuals received 30 mg of zinc gluconate per day for 1 month.

Zinc supplementation resulted in a significant decrease in BMI and body weight.

Researchers concluded that zinc can be an effective supplementation therapy for obese individuals.

What does this mean? Fat and energy metabolism as well as immune responses are influenced by zinc. Research proves that zinc can promote fat accumulation and even support weight loss. This warrants for further research as to what dose of zinc supplements can be therapeutic for obesity.

Iron is the most essential mineral as it is needed to make red blood cells. Nuts, lean meat, seafood and vegetables are rich in selenium.

An improvement in cholesterol levels was also observed.

A study was organized with the aim to improve iron status in overweight and obese children. Children were recruited for a nutrition based weight loss program.

At the end of the 1 year study, an improvement in iron status and inflammation was observed by weight reduction.

Ferritin is a protein that regulates the storage of iron. It is linked with obesity and insulin resistance. Research proves that ferritin is directly associated BMI.

Reduction in BMI leads to the reduction in ferritin and improvement in iron status.

What does this mean? Obesity is a risk factor for iron deficiency. No scientific evidence proves clinical use of iron supplements for weight loss.

Calcium is required for healthy bones and teeth. Dairy products are the top sources of calcium followed by green leafy vegetables.

A diet deficient in calcium is associated with higher body weight.

A clinical trial was conducted to observe the effect of calcium supplementation on weight loss.

Subjects were given 1000mg of calcium per day along with a moderately restricted diet.

No significant difference in body weight and fat mass was observed in comparison to the group that did not receive calcium supplements.

Researchers concluded that calcium supplementation does not affect weight loss outcomes of a calorie restricted diet.

The effect of increasing dietary calcium along with calorie restriction has been studied in obese individuals.

Subjects were given either a standard diet or a high calcium diet or high dairy diet.

High calcium diet also increased fat loss from the trunk region and this effect was more pronounced in a high dairy diet.

A similar study as above mentioned studies reports that 24 weeks of supplementation with 1000mg of calcium per day has similar effects on body weight, body composition, insulin resistance and blood pressure in obese individuals as those produced by a calorie restricted diet.

It is proven that a diet rich in dairy calcium improves weight reduction in type2 diabetic patients.

A diet rich in dairy calcium is found to be better than other weight reducing diets that are recommended for diabetic patients.

What does this mean? Calcium definitely influences fat production and deposition. Mixed responses are available on the effect of calcium supplements on weight loss. However dairy is a good source of calcium that can aid in weight loss.

Selenium helps the body in producing antioxidant enzymes and improving immunity. Vegetables, grains, seafoods and chicken can provide you with selenium.

Serum levels of trace elements of obese female individuals seeking bariatric surgery was compared to those of healthy female patients.

Magnesium, copper, selenium and zinc were the elements that were studied.

Selenium was the only trace element that was significantly reduced in obese individuals when compared to the control group.

In the study blood samples of men with visceral obesity was collected.

A positive relation was found between selenium and obesity related parameters like cholesterol.

Results of the study suggested that selenium nutritional status is connected to metabolic risk factors in obese individuals.

Brazilian nuts are a rich source of selenium.

According to a research study, it is proven that consuming a single Brazilian nut every day can help replenish selenium levels in obese individuals.

At the beginning of the study, the subjects were deficient in selenium but intake of Brazilian nuts rectified this deficiency.

It also improved cholesterol levels. Overall daily consumption of Brazilian nuts was found to be beneficial in reducing cardiovascular risk in obese individuals.

What does this mean? Obese individuals do tend to suffer from selenium deficiency. However its direct effect on weight loss is not proven.

An experimental study was conducted to evaluate the effect of vanadium supplementation on diabetic rats.

It also brought about a decrease in antioxidant enzyme levels that were elevated due to diabetes.

Researchers concluded that vanadium is a potential agent to guard against diabetic complications.

Vanadium is proven to influence leptin signalling in a rat model.

This could be of relevance to obesity and metabolic syndrome.

Groundwater found in Jeju volcanic island of Korea is said to be therapeutic. Jeju groundwater containing vanadium is proven to be an anti-obesity agent.

It is also found to reduce weight in rats fed with high fat diet and also improve cholesterol levels. Jeju ground water is proven to be beneficial for obesity.

What does this mean? Vanadium does aid weight loss but no clinical trial on humans proves its effectiveness.

Minerals are involved in energy, carbohydrate and fat metabolism. However, their direct influence on weight loss can only be observed in case of deficiency.

Deficiency of minerals is a risk factor associated with obesity.

Obtaining minerals from dietary sources such as vegetables , nuts, grains and meat would indeed be helpful as these food items would also supply you with fibres or proteins that help with weight loss.