Shangri-la diet is the name of Seth Roberts’s book published in 2006 and also the name of diet promoted by this book.

The Shangri-la diet explains that the dieter’s strong connection with food to savor the flavors is responsible for excessive hunger and the increased weight of an individual.

A number of calories consumed by the dieter can be reduced by breaking the bond between flavor and food that in turn leads to weight loss.

Seth Roberts, a professor of psychology at the University of California, Berkeley designed the Shangri-la diet.

He was famous for his work in self-experimentation which led to the discovery of Shangri-la diet during a visit to France in 2000.

How was the Shangri-La diet developed?

Roberts experimented with his body for approximately 10 years to study various problems including acne and weariness while performing the routine activities after waking up early in the morning.

For upgrading the quality and duration of sleep, Roberts skipped his snacks and meals, subjected himself to sunlight in the morning for an hour and continued to stand straight for at least 8 hours during the day.

Also, he started seeing people on different television shows in the morning for the same purpose.

Roberts strongly believed that our Stone Age ancestors preferred to face different people in the morning instead of having an encounter with them at night.

Additionally, they used to perform most of their routine activities while standing.

All these activities helped to maintain the body’s circadian rhythm in our Stone Age ancestors.

But the present-day practices such as sleeping very late at night disturbs the sleep cycle, and this imbalance in the sleeping patterns makes it difficult for the dieters to lose weight.

He supported the fact that an individual’s body tends to increase the appetite or decrease the metabolic rate in response to the declining levels of fat below a set point.

Roberts tried various diets to observe the changes in his body’s set point, but all these diets proved to be unproductive as none of these helped him in losing weight.

On a trip to France in the year 2000, Roberts noticed that exotic French soft drinks supported the weight loss process as his body didn’t recognize those unfamiliar flavors and hence, didn’t associated the intake of these French soft drinks with calorie consumption.

Roberts notion behind the Shangri-la diet is that the metabolism of present-day humans has evolved through ages from our Stone Age ancestors who lived in an era of the highly diverse food supply. But they tend to reduce their metabolic rate during conditions of food shortage.

This triggered weight loss in our ancestors and also assisted in the development of an effective metabolism with negligible hunger pangs.

On the return of favorable conditions, these Stone Age people started consuming extra food that they found familiar and tasty to store additional calories in the form of fat in order to prepare themselves for the upcoming famine.

Roberts gave a hypothesis that the metabolic rate of an individual is connected with the brain’s bond between the taste of food and calorie intake.

Roberts also claimed that humans tend to consume extra food when plenty of food is available to store extra calories that can be used during the scarcity of food.

But this habit of binge-eating should not be practiced these days since tasty and good food is easily accessible nowadays. 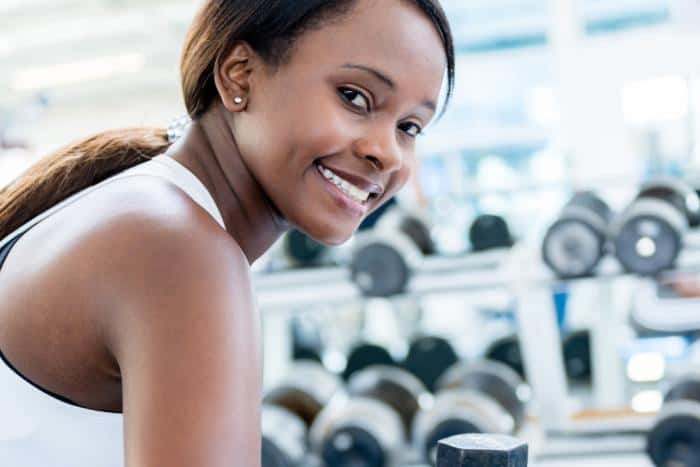 What is the key principle of Shangri-la diet?

The dieter is recommended to consume sugar water or bland oil while following the Shangri-la diet.

The dieter is advised to avoid tasting any flavor an hour before or after the consumption of sugar water or oil in the morning and before sleeping.

But the dieter is free to take sugar water or oil at any time during the day that suits them better.

Sugar water or oil is recommended because it raises a number of calories consumed through flavorless products. This, in turn, helps to break the brain’s association between the flavors of food and calorie intake.

The consumption of flavorless food helps in lowering body’s set point and suppressing hunger. This, in turn, helps the dieter to lose weight without craving for food.

The dieter is not required to modify the diet that they prefer. However, the guidelines that need to be followed during Shangri-la diet to lower the set point includes:

Avoid watching food ads, cooking shows and other videos related to food as this may intensify the appetite of the dieter.

Consume food items with a low glycemic index that doesn’t elevate the blood sugar levels as rapidly as foods with high glycemic index and therefore, satisfy the hunger for a longer period.

Eat more bland foods that will help to break the bond between different flavors of food items and calorie intake.

Roberts recommends the dieter to add 10-20 spices chosen randomly so that the authentic and genuine flavor of a particular food item cannot be recognized.

The dieter can certainly lose weight by following these guidelines laid down by the Shangri-la diet.

How does the Shangri-La Diet help in weight loss?

What are the Benefits of the Shangri-La diet?

There is unscientific and unreliable evidence that Shangri-la diet assists the dieter to lose a remarkable amount of weight and also helps them in maintaining a healthy weight.

The dieters are allowed to consume food of their choice while following the Shangri-la diet.

The Shangri-la diet is easy-to-follow since the dieter need not measure and estimate the number of food items or follow distinctive cooking techniques for the preparation of meals.

The dieter can cook food for themselves while cooking for family and can also go out for dining at restaurants.

The Shangri-la diet is among the cheapest diet because sugar water or oil that the dieter needs to consume while following this diet are inexpensive.

Precautions associated with the Shangri-La diet

Diabetic patients are recommended to avoid the consumption of sugar water but instead, take oil only while following the Shangri-la diet.

Moreover, the dieter should not consume strong-flavored oils because the strong flavors of different oils will intercept in breaking the bond between the taste of food and calorie intake.

Roberts also stated that the time is taken to lose weight while following the Shangri-la diet may differ from person to person due to differences in the metabolic rate of an individual.

Some dieters may experience a change in their appetite in a few hours of their first dose of flavorless oil or sugar water while others may take several days to observe this change.

The absence of clinical testing evidence on a group of people disapproves the effectiveness of Shangri-la diet.

In May 2006, John Ford, an assistant professor of medicine claimed that the hypothesis given by Roberts could be tested by a scientist.

But that hasn’t happened since Roberts was not inquisitive about investigating his proposal.

Ford also revealed that the article posted by Roberts on his official website is not about the Shangri-la diet. It is rather based on self-experimentation as a medium to develop more ideas.

Till 2007, there were no articles that have been published in peer-reviewed journals or nutrition journals about the success stories or risks associated with the Shangri-la diet.

Additionally, the diet has not been approved by the American Dietetic Association (ADA) or any other professional nutritionists’ Association.

But it has gathered special attraction through Woman’s World magazine.

The theory given by Roberts about the human brain’s connection between the flavor of food and calorie intake is available for cross-examination.

According to Dr. Mark Friedman, a physiologist at the Monell Chemical Senses Center in Philadelphia, the belief that the food flavor can set the calorie intake is an idea that has no scientific evidence.

By an experiment conducted at Monell, it has been observed that people tend to consume familiar food items, but that doesn’t give permission to the dieter to overeat.

Consumption of sugar, especially added sugar, has been greatly linked with obesity.

In the era where low carbohydrate diets have been gaining popularity and are proven to be effective, Shangri-La Diet seems to be a misfit as a weight loss diet.

Also since science has not proved its concept, it is highly unlikely that this diet may help in weight loss and may affect metabolic health adversely.

READ THIS NEXT -
7 Ways Caffeine May Help in Weight Loss Efforts
Glycomacropeptide For Weight Control-Effective Or Not?
PhenELITE Diet Pills: A Research Based Review
11 Self Control Strategies For Weight Loss
Atkins Diet: Does It Really Help In Weight Loss?
The Science Behind Carb Blockers and Weight Loss