The harmful effects of the ultraviolet rays of the Sun are known globally.

While on the one hand, Sun exposure becomes necessary for humans, its overdose might cause severe to mild health issues.

These health problems are associated majorly with skin ranging from early aging signs to even skin cancer.

This article shall discuss how harmful the Sun can be towards your skin and how it induces or aggravates acne breakouts.

It shall further elaborate ways of protecting your skin from damage.

How Sun Over Exposure Harm your Skin?

Sun is responsible for major changes in the texture and structure of the skin.

The harmful ultraviolet rays that it emits tends to damage the elastin fiber making the skin saggy and lose and giving it a major characteristic of the aging effect on skin, that of wrinkles.

The Sun also causes bruises and scarring on your skin which becomes visible only after a lapse in time and also tends to tear easily.

Furthermore, exposure to the harmful rays of the Sun decreases the functional ability of the skin’s immune system which therefore is not able to fight properly and may even give rise to lesions which may also be pre-cancerous.

It may also result in the development of tumors that can be either benign or cancerous depending on how much exposed the sun has been.

Excessive exposure also causes discoloration or pigmentation which often gives your skin and uneven and patchy tone and texture.

It may also give rise to a condition known as telangiectasias which is nothing but the growth of small blood vessels under the surface of the outer layer of your skin.

It may also inhibit collagen formation which will then severely damage the skin and slow down its healing process.

There have been various studies that have tried to establish some link between exposure to the Sun and acne breakouts.

The results of such studies have however been contradictory in nature.

While some argue that exposure to the Sun actually heals acne, other argues for its opposite saying that it aggravates acne.

There have been established many direct and indirect links between the two and some of them are discussed in this section.

It has been suggested that the ultraviolet rays of the Sun are known to destroy the skin cells which function towards providing immunity to the skin and preventing any damage to it.

The weakening of the skin’s immunity makes it difficult for the body to fight the acne-causing bacteria which thereby multiply and spread.

The excessive sebum accumulation in the blocked pores of the skin provides the required environment for the growth and multiplication of acne bacteria and microbes.

It has been noticed that continuous, strong and regular exposure to the Sun’s rays tends to enlarge the skin pores which therefore becomes more capable a larger amount of sebum accumulation.

It also affects an increased production of whiteheads and blackheads which are forms of non-inflammatory acne and often contribute towards the breakout of inflammatory acne. 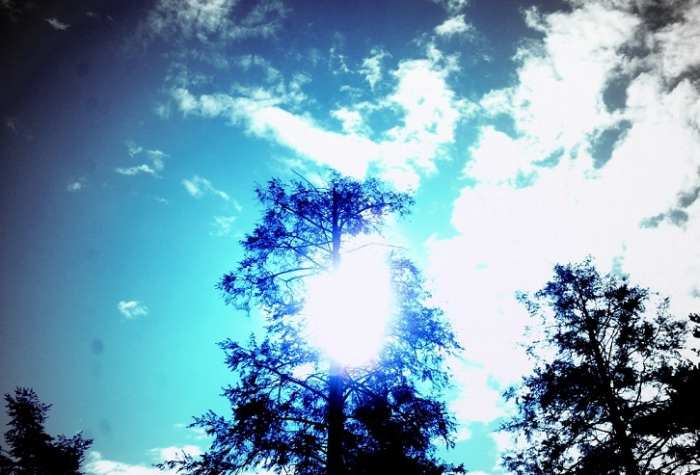 Exposure to the harmful ultraviolet rays of the Sun tends to affect a narrowing down of the size of blood vessels under the surface of the skin.

This decreased size of the passage of blood vessel tends to reduce if not completely inhibit, oxygen supply along with the supply of vitamins, minerals and other nutrients to the skin.

This, in turn, affects the health of the skin which is left not strong enough to fight the acne-causing bacteria or microbes.

The decreased blood flow also induces dullness in the skin which loses its entire glow as a result, making it more vulnerable.

One of the major factors that contribute towards acne breakout due to the exposure to Sun is the effect its rays have on collagen formation.

This elastin induces the production of metalloproteinase.

This substance, at times, tends to stimulate the breakdown of collagen fibre causing an abnormal accumulation of collagen which often results in the development of wrinkles and disorganized fibers.

Additionally, exposure to ultraviolet rays stimulates the production of free radical which in the absence of an antioxidant, inhibits cell function and thereby collagen formation thereby slowing down the process of healing of the damaged skin.

The breakdown of collagen fibre is induced due to the production of metalloproteinase, whose action has been discussed in the last paragraph.

Exposure to sunlight gives rise to certain chemicals that are known to inhibit immune factors.

This specifically includes creating an obstacle in the functioning of white blood cells, T lymphocytes and Langerhams cells which are good defenders of the skin.

Lastly, though not the least significant is the role Sun’s rays play in obstructing cell death also otherwise known as the process of apoptosis.

As per this process, the extremely damaged cells, very simply, kill themselves so that new cells are formed in its place that can work and protect better.

The ultraviolet rays of the Sun do not let the cells commit suicide while on the other hand, promoting the growth of these damaged cells which can, later on, become even cancerous.

Thus in a way, it obstructs the healing process and aggravates the severe condition of the damaged skin due to acne.

How to protect your skin from the Sun?

The increasing danger that the ultraviolet rays emitted by the Sun have made it necessary for people to be conscious and protect themselves from these harmful rays.

Enumerated below are certain ways in which you can protect yourself and more importantly your skin from getting damaged by the Sun:

It is very important to keep your skin hydrated throughout.

When ignored, it might cause severe dryness of the skin. Dry skin gets worse in the Sun.

It is therefore important that you keep your skin hydrated by moisturizing it at regular intervals while at the same time doing so internally by drinking water, especially in summers.

Though the Sun might seem helpful initially by affecting a reduction in scarring and pitted pigmentation, such effects are temporary.

It begins to damage your skin without you realizing it and can really speed up the aging process.

The harmful ultraviolet rays of the Sun are particularly efficient in causing a deterioration of the health of the skin in various ways mentioned above.

It not only aggravates the frequency and severity of acne breakouts but also worsens it by affecting further scarring and skin damage.

It is therefore advisable for the benefit of your skin and its health that you restrict sun exposure to the minimal required dose and adopt ways of protecting yourself against its harmful effects.

READ THIS NEXT -
Can Your Oily Skin Cause Acne Breakouts?
What Kind of Foods can Aggravate Acne?
Cinnamon and Honey
6 Proven Benefits of Yoga In Arthritis and Best Yoga Poses [UPDATED]
9 Ways Cinnamon Can Benefit Your Skin
5 Evidence Based Weight Loss Benefits of Cinnamon