Aging or senescence refers to the process of growing older.

With the advancement in age, the normal functioning of the body organs and cells starts to decline, and the body becomes more susceptible to various diseases and death. [1] [2] [3] [4]

Recent research has reported that it is possible to reverse the effects of aging and increase longevity.

Spirulina is an edible blue-green alga which has several nutritional and therapeutic benefits.

It is rich in proteins, minerals, and vitamins that work towards improving health and vitality.

It grows in both fresh and salty waters and is also cultivated in laboratories. It is dried and commercialized as pills, powder or flakes.

Spirulina has several benefits that can delay aging and improve age-related conditions: 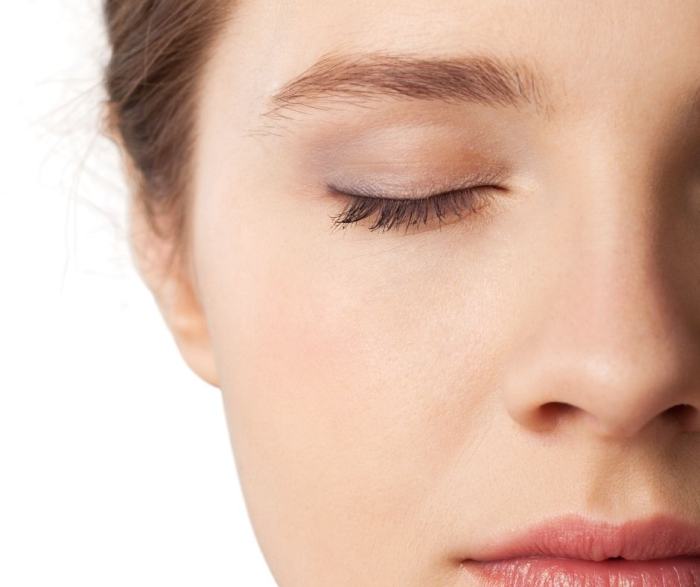 1. It is Anti-Inflammatory and Rich in Antioxidants

The free radical theory is the most accepted theory of aging, which proposes that accumulation of free radicals or reactive oxygen species in the body results in cell and DNA damage, and ultimately cell death. [5]

More production of free radicals leading to the imbalance of reactive species and antioxidants in the body causes oxidative stress.

This causes oxidative damage and can also result in many diseases like atherosclerosis, cancer, and neurodegenerative diseases. [6]

Antioxidant and anti-inflammatory supplements through diet can neutralize the excess free radicals and delay aging.

C-phycocyanin, a protein found in Spirulina is capable of scavenging free radicals, preventing cell death and eliminating oxidative stress resulting from oxidation and peroxidation reactions inside the body, while combating related diseases. [7] [8] [9]

In addition to C-phycocyanin, Spirulina contains many other antioxidants like vitamin E, vitamin A (beta-carotene), vitamin B12, carotenoids, phenolic compounds and minerals like selenium. [10] [11]

In a study conducted on 78 elderly individuals of age 60-87 years, both male and female, it was found that Spirulina supplementation for 4 months led to an increase in their antioxidant status.

Another theory states that the inflammatory process leads to the release of reactive oxygen species and contribute to the aging process. [12] [13]

Spirulina supplementation in various animal models has also shown to reduce inflammation in case of arthritis. [17] [18]

What does this Mean? Spirulina is an excellent antioxidant and anti-inflammatory supplementation that helps in preventing cell damage and inflammatory conditions leading to aging.

2. It has Immune Boosting Properties

The immune system is the body’s defense mechanism that works towards protecting the body from pathogens and harmful substances that enter the body.

However, it also protects the cells and organs from the toxins and reactive species produced inside the body.

With advancing age, the immunity of a person starts to decrease.

Decreased immune function results in decreased defense and vulnerability to various diseases, and contributes to the aging process. This results in frequent infections, diseases, and tumor formation. [19] [20]

It helps in preventing immunosenescence in the elderly by providing essential nutrients.

The Journal of Cellular and Molecular Immunology reports a study in which 40 senior citizens, who were having an age of more than 50 years, were treated with Spirulina for 3 months.

It was found that Spirulina led to an increase in Hemoglobin levels and white cell count.[21]

In another study, Spirulina extract called Immulina was found to increase the activity of natural killer cells, which help in the killing of tumor cells. [22]

It was also found to increase the number of interleukins that mediate an immune response.[23]

By increasing immunity, Spirulina helps in scavenging and killing of cancerous cells.

Studies show that it was able to decrease the occurrence of tumors by inhibiting cell proliferation.

Thus, it shows anticancer and chemopreventive behavior by inhibiting the growth of tumors. [24] [25]

With age, the body is also prone to infections by microbes. Spirulina has a microbicidal action against many bacteria, fungi, and viruses.

Selenium present in Spirulina has both anti-viral and immune boosting properties. [26]

It also shows fungicidal activity against the yeast Candida albicans, which cause fungal infections in different body parts. [27]

By increasing the production of immune cells, Spirulina can help prevent infections. [28]

What does this Mean? Spirulina helps in boosting the immune system of aged persons by increasing the number of immune cells and proteins, preventing tumor growth and infections by microbes.

When the arteries that supply blood and oxygen to the brain become narrow or blocked, it could lead to ischemic stroke or infarction.

This is caused by some factors, specifically conditions which are age-related. Reactive free radicals, which increase with age also cause brain injury.

Spirulina supplementation reduces the occurrence of brain damage by ischemia or cerebral infarction. This was attributed to the presence of antioxidants in Spirulina. [29] [30]

Memory loss is another common brain condition faced by most elderly persons. It occurs to oxidative stress damage and deposition of amyloid β-protein in the brain.

Spirulina treatment was found to reduce damage caused by oxidation and reduce the accumulation of amyloid β-protein.

This could prove beneficial in enhancing memory functions. [31]

Spirulina was also found beneficial in treating Parkinson’s disease, which occurs due to neurotoxicity in the brain. Inflammation leads to activation of microglial cells (immune cells of the brain).

Due to its anti-inflammatory nature, Spirulina was able to decrease the number of these activated cells and prevent the brain from damage. [32] [33]

In a study published in the International Journal of Food Sciences and Nutrition, a significant improvement was observed in the levels of mental fatigue in men as a result of Spirulina supplementation.

Due to weakness, older adults are more prone to mental fatigue and tiredness which affects their cognitive abilities. Thus, Spirulina can help in improving their neurological conditions. [34]

Spirulina helps in preventing and treating age-related cognitive decline by helping in the growth of neural tissues, the proliferation of neural stem cells, preventing degeneration of motor neurons, and stimulating the neuroimmune response. [35] [36] [37]

What does this Mean? Spirulina is extremely beneficial in improving brain and memory function and preventing age-related neurodegenerative disorders.

4. It is Rich in Nutrients

Older adults usually suffer from nutritional deficiencies like anemia due to a restricted diet, malabsorption of nutrients and loss of nutrients due to other health conditions. [38]

It also provides the body with all the essential amino acids that the body requires from the diet.

Being rich in iron, Spirulina helps with the treatment of anemia by increasing the hemoglobin levels. [40]

Spirulina is also easily digested and absorbed by the body due to the absence of cellulose wall.

What does this Mean? Spirulina can help in fulfilling the nutritional requirement of the elderly.

Increasing incidents of diseases like obesity, diabetes, high blood pressure is being frequently reported nowadays due to lifestyle and dietary changes.

These conditions often lead to other health complications.

Spirulina supplementation improves the overall health by normalizing the levels of several enzymes, lipids, and glucose in the blood.

Phycocyanin present in Spirulina decreases weight, glucose, cholesterol and triglyceride concentrations in the serum and liver. [41] [42]

It also improves the levels of enzymes that are indicative of a normal liver function. [43]

Spirulina helps in preventing of this disease by regulating the lipid profile. [44]

What does this Mean? Spirulina is beneficial in combating many age-related disorders like obesity, diabetes and non-alcoholic fatty liver disease.

6. It helps in Improving Muscular Function

In a study reported in the European Journal of Applied Physiology, it was found that Spirulina supplement was able to prevent muscle exhaustion for a longer period by preventing damage to skeletal muscles. [45]

In another study on 40 subjects, Spirulina helped in improving muscular strength and endurance and delaying fatigue. [46]

Thus Spirulina can be beneficial in treating muscle-related ailments like sarcopenia and arthritis.

What does this Mean? From various studies mentioned above, we can conclude that Spirulina is efficient in building muscular strength and preventing early fatigue in older adults.

Aging brings about changes in the skin resulting in wrinkles, spots, thinning and sagging of the skin.

Melanocytes which produce melanin and protect the sun from UV radiations also decrease in number. This also decreases the efficacy of skin to protect itself from harmful rays.

Spirulina consists of vitamin E (tocopherols) which is an efficient antioxidant and protects the skin cells from damage, pigmentation, sunburn and skin cancer that may be caused by UV radiations. [47]

What does this Mean? The Vitamin E present in Spirulina is beneficial in preventing skin damage and aging.

Advancement in age affects cardiovascular health and can lead to many disorders. This can be due to disrupted blood pressure levels, blocking of vessels or injury to the heart or blood vessels.

High cholesterol level is the cause of many heart ailments. It can lead to a buildup of plaque and fat deposits in the arteries which can cause chest pain, discomfort, heart attack, and stroke.

There are two kinds of cholesterol: HDL cholesterol and LDL cholesterol. High LDL levels are detrimental to health and can cause many diseases like atherosclerosis and coronary heart diseases. [48]

Thus it helps in preventing the disorders that arise due to abnormal lipid levels. [49]

The Journal Lipids in Health and Disease reports the cholesterol-lowering advantages of taking Spirulina in a study.

Several other studies corroborate this effect of Spirulina. [51] [52]

On the other hand, Spirulina also helps in lowering the blood pressure (hypertension), which could otherwise lead to coronary artery disease, damage to blood vessels and heart failure.

In a study, 40 patients with hypertension were given 2g Spirulina daily for 3 months. They reported a significant improvement in blood pressure levels. [53]

The protein phycocyanin in Spirulina was shown to be the reason behind this effect. [54]

What does this Mean? Spirulina prevents and treats the age-related cardiovascular abnormalities in the body.

Due to decreased bodily functions and reduced enzyme levels with age, older adults have low energy levels and get tired easily.

In various studies, it was reported that Spirulina supplementation helps in combating fatigue and improves physical performance. [55] [56]

What does this Mean?Including Spirulina in the diet can increase energy levels.

Spirulina offers immense health benefits for the elderly. Including Spirulina in the diet will help in fulfilling the nutritional requirements of an individual.

The anti-inflammatory and antioxidant nature helps in preventing damage and delays the process of aging. It has positive effects on the heart and brain functioning.

It boosts the immune system and energy levels. Also, it is beneficial for the skin and the muscles.

It helps in the prevention of age-related disorders and improves the overall health quality.

It is, therefore, highly recommended for elderly persons or for those who want to delay the aging process.