The common symptoms of hemorrhoids are rectal bleeding and pain during bowel movement.

Hereditary predisposition, malnutrition that leads to constipation, strain during bowel movement are found to be the major causes of pathogenesis for this disease.

Thus the extensive strain experienced by people during extreme constipation results in considerable pressure on their veins located in the lower part of rectum causing them to enlarge which in severe condition leads to bleeding and intense pain.

Reports have shown that hemorrhoids are very common and reported to occur in one-half of the older people mainly after their 50 age.

In most cases hemorrhoids are usually treated by changes in lifestyle, incorporating fiber-rich food and supplements, suppository delivered anti-inflammatory drugs or by the administration with venotonic drugs (medicines used to alleviate venous related diseases).

Several home treatments that promote healthy bowel movement and reduction in pain and swelling are also found to be effective in the treatment of this disorder.

And certain oil such as coconut oil can be also effectively used in dietary treatment because of its various health benefits in reducing the pain and inflammation associated with hemorrhoids. 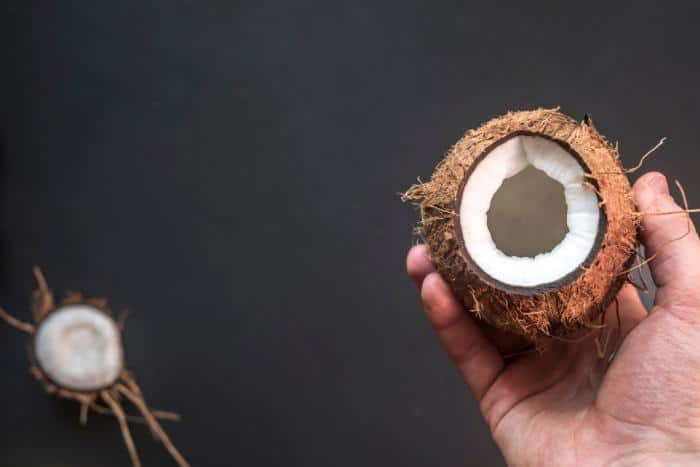 The regular consumption and topical application of coconut oil on the hemorrhoids can both cure and prevent the reoccurrence of hemorrhoid because of its following properties:

The hemorrhoid is characterized by the swollen and inflamed blood vessels in the rectum.

The coconut oil also has property to relieve pain and thus is more helpful in case of hemorrhoid as it relieves the burning sensation, itching and the pain in the affected area.

The anti-inflammatory activity of coconut oil is used to release the swelling and act as an effective treatment in case of hemorrhoid.

Constipation is considered as one of the main cause of hemorrhoid.

The presence of medium chain fatty acid in the coconut oil helps in relieving the irritable bowel syndrome and indigestion.

It promotes a better bowel movement by lubricating the rectum and relieves constipation.

The microorganisms in the body sometimes are responsible for problems in the indigestion of food. Coconut oil has an anti-microbial property which acts against bacteria, viruses, fungi, and yeast.

The lauric acid in coconut oil is proven to be active against the gram-positive bacteria and a number of viruses and fungi.

Thus consumption of coconut oil kills the microbes in the stomach, thus helping in the proper digestion of the food and preventing constipation

The antimicrobial effect of coconut oil is also useful for topical application.

Coconut oil has been formulated into creams for topical applications having an antibacterial and antifungal activity which can be used therapeutically.

The coconut oil can be used to treat wounds and cuts by preventing microbial infection and can be useful in healing the hemorrhoid condition.

The antimicrobial property of coconut oil can be used to treat haemorrhoid both externally by healing wound and internally by killing the microbes that lead to constipation conditions.

Applied externally as a topical oil

Coconut oil due to its anti-inflammatory and antibacterial properties makes a perfect choice for topical application to the affected area in hemorrhoids patients.

Try to maintain proper hygiene while application and is advised to use fresh and clean cotton ball for every use. Do it regularly for many days until you find considerable improvement in itching.

You can chose to apply this oil with hazel for better impact.

Because of its powerful healing properties and soothing effect, it is proved that regular application of coconut oil helps in reducing pain and inflammation and promote speedy healing of the affected area.

It is recommended to use pure organic virgin coconut oil for better results.

Secondly when this oil is ingested with food is found to promote better digestion and absorption, metabolism of nutrients thus preventing constipation, inflammation, indigestion and other digestive problems which can lead to hemorrhoids disorder.

Therefore it is recommended to incorporate in various cooking dishes such as dals, curries, vegetable sauté and even as dressing in salads for its maximum use, especially patients suffering from constipation and hemorrhoids problems.

The coconut oil used for healing of haemorrhoids must be extra virgin or organic because the processing of oil affects healing properties.

It should not be consumed more than three tablespoons a day or if applied topically, the affected area must be cleaned first to avoid any kind of infection.

The cotton used for applying the oil must be clean and unused to maintain hygiene.

The coconut oil must not be used for treatment haemorrhoid if it is caused because of diarrhoea, as it can increase the severity of the case.

It can be very safe for external application and internal consumption but in moderate amount. Excess consumption of the coconut oil may result in an increase of calories in the diet.

Thus from a number of studies, it was reported that coconut oil possesses excellent anti-inflammatory , analgesic and antimicrobial properties which make it a promising home treatment remedy in various disorders like hemorrhoids.

Thanks to our researchers who proved through their number of analysis that the various components present in coconut oil could be used as phytomedicines (drugs or medicines made from a plant source) which play a critical role in combating various ailments and diseases.

Thus coconut oil which acts as phytomedicines have strong potential in the development of drugs in modern pharmacopeia and hence can be successfully used in the treatment of a number of diseases and disorders such as hemorrhoids.