A few days ago, I along with my friends went for a one-day trekking, it is Monsoon season here now, the weather was just amazing and it was drizzling almost all the time. We must have walked around 10-12 km in total. I was just great.

I was dead tired when I came back and went to sleep, next day I was not able to walk properly, I had developed a bad rash on my inner thigh.

The rash must have been caused because our clothes were all wet and we walked a lot in them. It was a reddish brown patch when I touched I felt some pain.

The rash was also scaly. I also noted that the region had some foul smell too. I did a brief search on the internet and concluded it is a fungal infection, probably caused by fungus T rubrum it is commonly known as Jock itch.

What is Jock Itch?

I also read that this is not a serious infection and with due precautions - keeping the area dry, wearing loose clothing, and anti-fungal creams this can be easily treated.

But make suer you do not ignore the treatment - as then it can spread to large part of the body and even to another person because of infected clothes!

Why and How Coconut Oil Helps in Jock Itch

Coconut oil can benefit in jock itch in several ways. Coconut oil is a great anti-microbial agent and thus can help in eliminating the bacterial infection. It is also natural anti-inflammatory and help in preventing scarring and pigmentation. Coconut oil's protective properties also promote skin healing and stop the spread of jock itch to other skin parts. 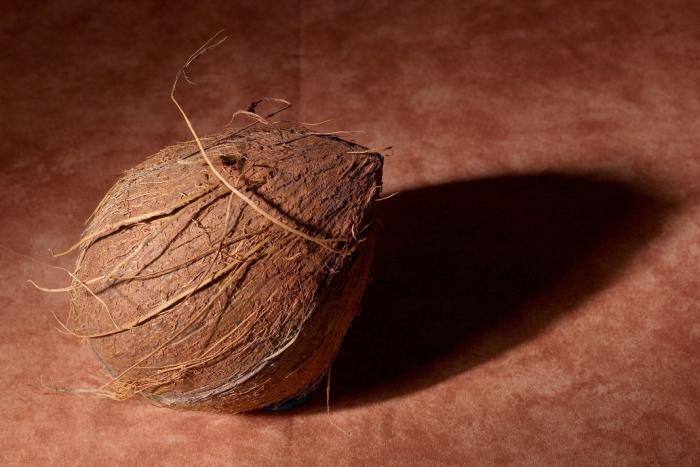 These benefits are discussed in detail below.

The jock itch is caused mainly due to fungal infection and sometimes due to bacteria. Coconut oil has an anti-microbial property which acts against the bacteria, viruses, and fungus.

Coconut oil is rich in Lauric acid, and it has proven to kill various gram-positive bacteria and some viruses. Coconut oil has also shown great antifungal properties against Candida and can thus be used in the fungal treatment.

This cream has been proven to have antifungal and antibacterial properties, which can be used for topical application and can be used therapeutically.

It can also be used for easy healing of the affected area as it prevents any microbial infection during the process of healing.

What does this mean?
The antimicrobial property of coconut oil can be used to treat jock itch as it can be used to kill the fungus and bacteria that result in the infection.

Jock itch causes inflammation in the groin area. Coconut oil has anti-inflammatory activity, which helps in the reduction of the inflammation by influencing the synthesis and release of the mediators of inflammation.

Virgin coconut oil has been proven to reduce inflammation in animal models by inhibiting the chemical reactions leading to it and also helps in reducing pain.

What does this mean?
Coconut oil has the property to reduce inflammation caused due to jock itch because of its anti-inflammatory property.

Coconut oil has a great healing property. It has been proven that coconut oil can be used to heal the affected area by various biologically active components present in the oil.

It increases the activity of the chemical components responsible for the healing of the skin and also provides essential elements which increase blood circulation to the affected area.

Coconut oil is found to be rich in Medium Chain Triglycerides (caprylic, capric and lauric acids) , which also helps in the healing of the jock itch and protects the skin from further infection.

What does this mean?
Coconut oil has a healing property which helps the skin to recover from jock itch effectively and safely without any side effects.

4. It minimizes scarring and pigmentation

After the reduction of the infection, the scars can be left behind which can sometimes be disgraceful. These can be removed by the chemical or surgical method, but have lots of side effects and also prove to be expensive.

Coconut oil is rich in vitamin E and lauric, caprylic and capric acid and these help the oil to act as an excellent aid to fade the scars.

What does this mean?
Coconut oil when applied on the scars caused due to jock itch can help in its fading and permanent removal.

How to use Coconut Oil for Jock Itch

I applied it liberally in the morning, in first 2-3 hours itself I felt my skin was softer and the uneasiness while walking had decreased. It was not fully gone through.

I applied coconut oil again in the evening and then before sleeping. Next morning was much better, I could almost walk normally! One more day of application and I could see the red patch decrease to just half! with almost no discomfort feeling! Coconut oil had done its work!

When I was reading about Jock itch, I came to know that it can spread from one area to another nearby skin areas and thus I made sure I applied it to a large part to be on safer side. In 3 days, the rash was almost gone, I stopped applying coconut oil after 4 days.

Coconut oil used for topical application should be pure and unadulterated. Conduct a patch test before applying to rule out allergies.

Coconut oil has made its way in the present market as edible oil, cosmetics, and medicine. It has been used in numerous ways to treat various ailments.

It can also prove as a great treatment for jock itch because of its antimicrobial property, anti-inflammatory activity, healing power and affinity to improve the immune system.

It can also be useful for removing the scars caused due to jock itch. Thus coconut oil acts as a cheap and effective way to treat jock itch.

I thought I should share this with you as soon as possible. Next time when you get Jock itch, do not jump to your anti-fungal cream but to coconut oil. I am sure you will not be disappointed.

If you try this, do share your experiences with others here.

1 thought on “Coconut Oil : Why It Benefits in Jock Itch & How to Use It”