Diabetes is caused due to defective insulin being produced, insufficient production of insulin or the inability of the body cells to utilize the insulin present in the body efficiently.

The first condition is very uncommon. The last condition causes hyperglycemia that affects tissues and muscles and causes insulin resistance. This is type 2 diabetes. Type 1 diabetes, that is the lack of insulin, is the main type of diabetes that affects people.

A combination of diet, medication and exercise help with diabetes treatment.

Goji berries belong to the Lycium chinense and Lycium barbarum specieis. These tiny berries grow on shrubs that can reach 1-3m in height.

They are cultivated in the Himalayan regions of Tibet, Nepal, Mongolia and parts of China. The flowers are light purple and the berries are oblong and very tender.

These orange-red berries need to be picked very carefully for otherwise they get destroyed. These fruits are dried and used just like raisins. A slow drying process at low temperatures is done to preserve the nutrition.

While in most of the world, dried goji berries are used, in China, the leaves are used in goji tea and the bark in traditional Chinese medicine.

The anti-aging and antioxidant properties of goji berries are also highly rated and these berries are said to nourish the blood and can be used as a tonic for the kidneys, liver and lungs. 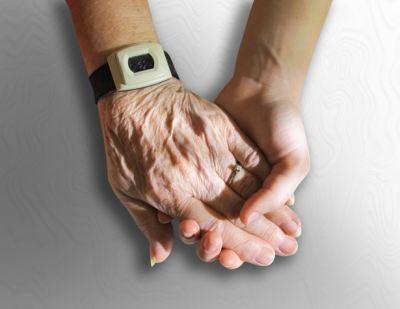 A few studies have been conducted to test the effectiveness of goji berries for diabetes.

Diabetic rabbits were given a fruit-water mixture of goji berries and their serum lipid profile and blood glucose levels were monitored, along with the ORAC levels.

After a 10-day treatment period, it was found that the serum total cholesterol, blood glucose and triglyceride levels were lower and there was an increase in HDL cholesterol levels.

Another test was conducted on rats that were divided into three groups. This test was for non-insulin dependent diabetes. One group was fed goji berries and it was found that the polysaccharides in the fruit reduced triglyceride levels.

The rats also lost weight after the 3-week trial period. There was increase in the rats’ sensitivity to insulin. The only doubt was that since the rats were fed large quantities of goji berries, it was unknown whether moderate quantities used by humans will have the same effect.

According to recent cellular studies, it is thought that goji berries could protect the eyes fro diabetic retinopathy. This condition is a serious side effect of diabetes.

Of the 28.5% of the population over the age of 40 who suffer from diabetes, it is thought that 4.4% could be at risk of diabetic retinopathy leading to blindness.

It happens when the levels of glucose in the eyes increases, resulting in retinal cell death. Proteins get oxidated causing cell death. Besides, the blood vessels found in the retina can grow over vision areas causing loss of eyesight.

A lot of diabetic patients become blind due to this. Researchers in the University of Sydney exposed diabetic retinopathy patients to taurine a compound found in goji berries.

Taurine seemed to protect the retinal cells from dying. It is hoped that these findings will lead to more research in the field of goji berries for the treatment of diabetes and related symptoms.

There has been some research that has found goji berries to benefit diabetic patients. These claims are yet to be substantiated with more clinical studies.

Goji berries must be avoided by pregnant and breastfeeding women for there have not been enough studies about their benefits or otherwise.

Goji berries interact with blood thinners like warfarin and certain blood pressure and diabetes drugs, so check with your physician.

Those with pollen allergies also need to avoid these fruits. Taken in moderation, the benefits far outweigh the demerits.

READ THIS NEXT -
Anti-Microbial Nature of Coconut Oil
5 Ways Argan Oil Can Benefit in Diabetes
Is Aloe Vera Shampoo Better than Your Usual Shampoo?
Coconut Oil : 6 Infections It Can Fight
9 Ways Cinnamon Can Benefit Your Skin
Cinnamon Allergies