Same thing, different names. For those unaware of what they are, Manuka and Kanuka are names of honey.

They are different types of honey. With the advancement in research, innovation and technology, the existence of these two types of honey was brought into the eyes of the world as they had tremendous advantages.

With increasing awareness, there are people who choose organic cures of various ailments over drugs. As times changed, more and more attention was focused over herbal alternatives and many people believed that the organic substitutes of their medicines were better as they caused less damage to the body.

The organic alternatives were believed to have lesser side effects.

Except the fact that they both are a type of honeys, there is another similarity. They are related. They belong to the same family, called “Myrtaceae”. And from then on, they have a different genus. While both have been found to have medicinal uses, as studies proved, there are also many differences.

So, if you are at a store and there are two jars, one says “Manuka Honey” and the other says “Kanuka Honey”, which one would be your pick? Depending upon the purpose of your purchase, you can look into some facts, and one of them may sound more helpful than the other!

This article would clear every concept where the differences are concerned, beginning from origin to the uses.

Manuka honey comes from New Zealand and so does Kanuka honey. They are commonly referred to as the honeys of New Zealand. Manuka honey can have a number of benefits if taken orally, such as combating pathogens in the gastrointestinal tract, curing ulcers and diarrhea and even pain.

Kanuka honey has been found to have a positive effect on the infections and conditions found in the skin, including acne and eczema which can be very hard to get rid of and keep recurring.

What is the Difference between Manuka honey and Kanuka Honey?

Here are a couple of points that differentiate between the basic and therapeutic properties of Manuka and Kanuka honey.

Talking about the plants from which they are derived, Manuka honey is derived from Manuka (Scientific name: Leptospermum scoparium) can be in the form of trees or shrubs. These trees can be found in the Stewart Island (which is the third largest island in New Zealand).

It is found 1800 meters above sea level.The habitats include rich gravels, wetlands as well as dry hillsides. It gets very tolerant once mature and can survive less fertile areas, strong winds, water logging and droughts. It is also found in southeastern Australia.

Kanuka honey is derived from Kanuka(Scientific name: Kunzeaericoides) is found along the North and South Islands of New Zealand along the forest margins of The Three Kings Islands to Dunedin in Otago. It also occurs in South Australia, in New South Wales, Victoria and Queensland.

It can be found as a shrub or a tree. It can be found from the sea level going up to 1800 meters. It is found growing near the heat systems that provide heat to the ground. It has good tolerance levels for various conditions like drought and frost, however fails to grow in water-logged areas.

Manuka honey is derived from the pollen of the flowers of Leptospermum scorparium. The bees used for this purpose are called European honey bees (Scientific name: Apismellifera) which are introduced into the areas where the Manuka plants flower.

Kanuka honey is derived from the flower pollen of Kunzeaericoides. The bees native to the area where the Kanuka trees flower help in extracting the nectar and producing the honey.

In this section, we will get into what exactly makes the Manuka and Kanuka honeys capable of doing what they are famous for.

The UMF may vary in every jar found. It is usually on the label of the jar. If the UMF is not mentioned, it implies that the honey in that jar has not been tested. The UMF of 10 and above is said to be potent.

Methylglyoxal is one of the key ingredients of Manuka Honey that gives it the antibacterial property. It belongs to the group of dicarbonylcompunds. These compounds are a group of toxic compounds.

A study was conducted to check the effectivity of methylglyoxal against E.coli and S.aureus bacteria. An antibacterial activity was observed.

Polyphenols are substances present in Manuka Honey that give it antioxidant properties.

These are the proteins present in the cell wall of the plants. They are involved in many processes of the cell including cell division and cell death. A study was conducted to check the stimulation of the immune system due to Kanuka Honey.

The compound identified was an arabinogalactan protein (type 2). These compounds come into the honey as they are also present in the nectar of the Kanuka flowers.

Kanuka Honey has a compound called “Hydrogen Peroxide” that gives it an antimicrobial activity. This happens because of the oxidation power of hydrogen peroxide. It is able to destroy the DNA of the bacteria present.

Hydrogen peroxide activity is present in both but works differently.

Manuka honey has a major active component called “methylglyoxal” that imparts antibacterial activity to the honey. Due to the presence of methylglyoxal in large amounts in Manuka honey, it was proven in a study, that the production of hydrogen peroxide was suppressed.

This occurs due to the cross-linking of methylglyoxal with an enzyme called glucose oxidase which helps in the formation of hydrogen peroxide by oxidation of glucose.

However, it has been seen that the major antibacterial activity of Kanuka Honey has been due to hydrogen peroxide. This happens because methylglyoxal is not present in a very big amount in this honey.

A study was conducted which proved that hydrogen peroxide activity in Kanuka honey could completely help in getting rid of bacteria such as E.coli and S.aureus. 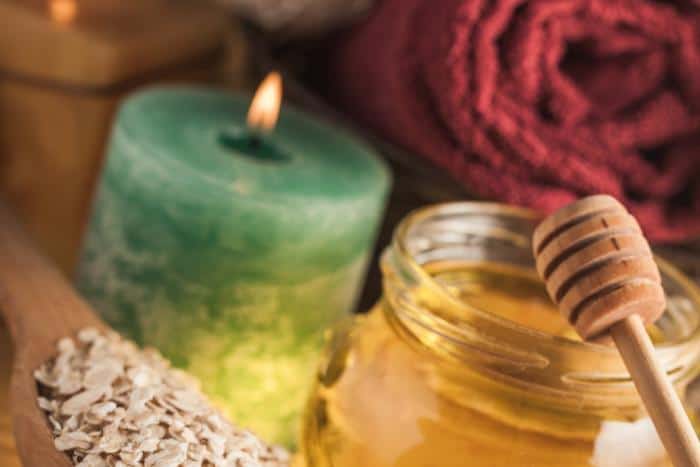 Manuka vs. Kanuka: Which Is Better?

Herein we compare the therapeutic benefits of Manuka honey and Kanuka Honey.

With the help of a study, the effectivity of Manuka and Kanuka honey was observed against various strains of bacteria. When the bacteria gain resistance against various antibiotics, that is when the honeys come into use.

Manuka honey proved effective against the bacteria B. subtilis, E. coli and S. aureus. The addition of the enzyme catalase (that contributes to the breakdown of hydrogen peroxide) still resulted in the inhibition of growth of the bacteria, thereby showing the non-peroxide antibacterial activity of the honey.

Manuka honey however could not inhibit the growth of P. aeruginosa, proving that it is insensitive to methylglyoxal as well as hydrogen peroxide.

However, addition of catalase to Kanuka honey made it less effective against B. subtilis, E. coli and S. aureus. Kanuka honey has low levels of methylglyoxal but moderate levels of hydrogen peroxide, hence this effect was observed. However, it could completely inhibit the growth of P. aeruginosa.

The reason behind this was the presence of arabinogalactan protein (type 2) in Kanuka honey.

A study published in Food Chemistry, 2014 reported that there is a protein called “apisimin” from the glands of honeybees that is capable of increasing the multiplication of immune system cells. The study reports that apisimin also contributes in the release of tumor necrosis factor-α from the cells of the immune system.

A study published in International journal of general medicine, 2014 reported that Manuka and Kanuka honeys, both have an effect of the inflammation and wounds of the human body.

It was observed that Kanuka honey had a higher effect on inflammation than Manuka honey. This property of the honeys is due to their phenolic content.

In an animal study on the anti-inflammatory efficacy of Manuka and Kanuka honey, it was found that Kanuka honey was the most potent in suppressing the ear oedema (swelling of the ear canal) due to arachidonic acid (which contributes to inflammation).

It was also observed that both Manuka and Kanuka honey reduced the production of neutrophil superoxide in humans, which is a substance that leads to inflammation.

Kanuka honey helps in tackling eczema. In a study, there were 15 participants suffering from eczema. For the purpose of the study, they applied Kanuka honey on the affected area and a decrease in the lesions was observed.

To test the efficacy of Kanuka honey against acne, in an investigation, participants were asked to apply Kanuka honey after washing the affected area with antibacterial soap, twice daily for a period of 12 weeks. An improvement was seen in acne and lesions caused by it.

According to a study published in “Advances in Integrative Medicine”, 2014, Kanuka honey was used for the treatment of cold sores due to recurrent Herpes Simplex Labialis (HSL).

The participants were randomized and asked to apply acyclovir cream (used to treat herpes) or Kanuka honey for the next two times HSL showed up; application being 5 times per day, until the symptoms resolved. It was found that the healing time was similar for the acyclovir cream as well as for Kanuka honey.

Kanuka honey is being used by various brands such as Honevo® which utitlize Kanuka honey for the treatment of rosacea and acne as it has anti-inflammatory properties.

With all the studies and investigations in mind, we can figure out the usage of Manuka and Kanuka honey.

Both the honeys have uses of their own and one does not seem to overpower the efficacy of the other.

There is no specific prescribed dosage for the two honeys, but one can take a teaspoon or two before meals in order to coat the gastric lining and prevent damage to it. Patients with high blood sugar or diabetes should adjust their intake in order to prevent a negative effect.

If the honey is to be applied topically, it must be sterilized by specialists and a patch test must be conducted in order to prevent allergic reactions.

Keeping in mind the mechanisms of action of both the honeys, their availability and the way by which they prove to be effective, it can be very hard to choose between the two, as one can be effective in a place where the other one might be less effective!

What would be your pick?!

READ THIS NEXT -
Aloe Vera for an Itchy Scalp
4 Surprising Benefits of Maca for Anxiety + Dosage, Precautions
Aloe vera Benefits In Acid Reflux & GERD
What is Aloe Vera Gel and its Benefits