Blame it on what we eat and drink or other factors but oral problems are getting more and more common today.

Gingivitis is a type of non-destructive disease that affects the soft tissue surrounding the teeth, that is the gums.

It essentially causes inflammation of the gums. It can be reversed by good oral hygiene.

Gingivitis can be caused by bacterial proliferation in the oral cavity, or due to other reasons.

Why Manuka Honey is great

Manuka honey is a special type that is famous for its numerous health benefits, and it is found in New Zealand.

It is derived from the nectar of wild Manuka trees that are indigenous to that country, and it contains compounds that are not found in regular honey, that are responsible for the many beneficial effects and properties exhibited by manuka honey.

One key compound found in manuka honey and not in any other kinds is called methylglyoxal.

Methylglyoxal contributes a great deal to the overall effect of manuka honey on our health due to its many properties such as its antibacterial, antifungal, antimicrobial and antiseptic properties.

This is the compound that is widely believed to be the one that has made manuka honey famous all around the world for its health benefits.

Thus, potency of different types of manuka honey is measured by the amount of mythylglyoxal that is present in it. For store bought honey, there exists a rating system that can be used to indicate purity and potency, and it is based on the levels of methylglyoxal present in it.

Manuka honey with a rating below 10 is considered only as effective against bacterial infections as any regular honey, and hence for maximum effect always manuka honey with rating of 10 and above should be used.

In addition to this, manuka honey also has a property by which it has a significant effect on the immune system of the body. It boosts the strength and efficiency of immune response against different kinds of foreign pathogens, and this prevents various infection and diseases. It also has an anti-inflammatory property. 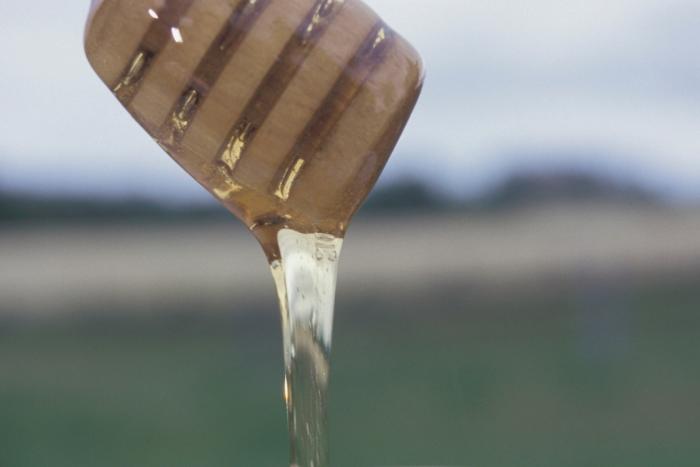 The most common cause of non-plaque induced gingivitis is a bacterial infection. The bacteria that causes this is called Porphyromonas gingivalis.

Manuka honey can be used to treat gingivitis as it has a very potent antibacterial effect, due to the presence of compounds such as methylglyoxal in it. This property of manuka honey enables it to directly combat the source of the disease.

In case of plaque induced gingivitis, manuka honey can still be used as an effective treatment option as it is known to stop the formation of dental plaques on the surface of teeth. This action of manuka honey is also due to its antibacterial effect, present by the virtue of the compound methylglyoxal.

A study published in March 2014 was conducted on the effect of manuka honey on Porpyromonas gingivals, the bacteria that causes non-plaque induced gingivitis. For the purpose of the study, 20 different strains of the bacteria were taken and treated with manuka honey .

The results of this study were extremely positive, as manuka honey showed potent inhibitory action against the bacteria even at concentrations as low as 2%. This proves the antibacterial effect of manuka honey against oral bacteria.

In another study conducted in April 2004, the focus was the effect of manuka honey on the levels of plaque and the corresponding levels of bleeding sites in the gums due to gingivitis. A chewable “honey leather” was produced for this particular study, which was used by 30 volunteers three times a day daily for 10 minutes .

In 21 days, there was a significant reduction in the number of bleeding sites and the amount of dental plaques present in the oral cavity. This suggests that manuka honey has a therapeutic effect in the treatment of plaque induced gingivitis as well.

In addition to this, manuka honey also exhibits anti-inflammatory properties. These are instrumental in the treatment of diseases such as gingivitis as the main effect of the disease is inflammation in the soft tissue surrounding the teeth that eventually leads to open wounds in the gums.

Monocytes are the white blood cells that respond to inflammatory signal sent out by any part of the body. Manuka honey stimulates these monocytes to release certain compounds, called “cytokines”. These are compounds that regulate the immune response of the body.

Manuka honey thus reduces the amount of inflammation and at the same time, kick starts the process of healing in the open wounds to stop the bleeding.

One of the major cytokine compounds manuka honey triggers is called TNF-alpha (Tumour Necrosis Factor Alpha), and it is responsible for the regulation of immune cells at the site of healing.

In this way, manuka honey works through a number of mechanisms at the same time, all of which work towards fighting the disorder and restoring the oral health.

How much to take

Regular consumption of manuka honey is beneficial for the reduction of dental plaques and the general maintenance of oral hygiene. But it can also be used as a mouthwash to get the maximum benefit.

Add 1-2 teaspoons of manuka honey in cold or lukewarm water, and use this mouthwash after every meal. The manuka honey used to prepare the mouthwash must have a very high UMF rating for maximum effect .

For the purpose of using it as a mouthwash, manuka honey should never be used with hot water, as the proteins present in it that are responsible for the many properties of manuka honey may get denatured at high temperatures.

In order to treat gingivitis or bleeding gums, manuka honey can be applied directly to the gums. This can be done by rubbing manuka honey directly onto the site of infection in the gums.

Manuka honey can also be used by diabetic patients, but in a controlled way while keeping a constant eye on the blood sugar levels.

The UMF (Unique Manuka Factor) rating should always be checked before manuka honey is bought.

Some people are allergic to honey, especially those who have already have allergies to bees or pollen. In such as case, a patch test is recommended at least 48 hours prior to the consumption of the manuka honey.

Botulism poisoning can be a serious risk for children below the age of 1 year if they are made to consume manuka honey.

Diabetic people may consume manuka honey, but need to keep a strict check on their blood sugar levels after consumption.

Manuka honey is an antibacterial agent that is proved to be effective against the bacteria Porphyromonas gingivalis, the bacteria that causes gingivitis.

It is also used to treat and reduce the amount dental plaques present in the oral cavity, thereby improving general oral hygiene which goes a long way in the treatment of periodontal diseases.

The anti-inflammatory effect of manuka honey also helps in treating the symptoms of the disease.