The thirst for having the perfect body and to look aesthetically appealing never seems to die.

Diets, workouts, medications, creams, supplements all find their use in pursuing this goal.

To pace up the weight loss efforts, companies come up with different supplements every day and today we are going to have a scientific review on one of them - MeraTrim.

Meratrim is a herbal weight loss formulation prepared and marketed by InterHealth Nutraceuticals.

It was launched in 2011. This herbal blend contains two herbs:

The researchers were inspired by Ayurveda- Traditional Medicine system of India and they screened a number of herbs for anti-obesity properties.

Finally, they stumbled upon these two.

This herb has a number of medicinal properties: antimicrobial, antiviral, analgesic, anxiolytic, wound healing etc and you can read more about it, right here.

The second is an evergreen fruit tree found in Southeast Asia and bears the fruit Purple Mangosteen.

The juice of this fruit is very popular for its health benefits and antioxidant capabilities. A good review of its medicinal properties is available here.

The extracts of these herbs were mixed in a form to achieve a ratio of 3:1 of S. indicus to G. Mangostana.

How does Meratrim work?

Before testing its efficacy on humans, researchers tested the efficacy and determined the mechanism of action by testing the herbal formulation on fat cells in the test tubes.

Fat cells are also known as adipocytes. In addition to storing fats, they also secrete a number of hormones that regulate fat storage.

Excess calories are stored as fats in these cells.

Development of these cells is known as adipogenesis. Whenever the body requires energy, fats are released from the cells and this is known as lipolysis.

Accumulation of fats can become an unimpeded process and this can get stored as harmful visceral fat that surrounds the organs and causes inflammation and metabolic disturbances.

The lab study  proved that these herbs prevent adipogenesis and stimulate lipolysis. In simpler terms, the herbs: 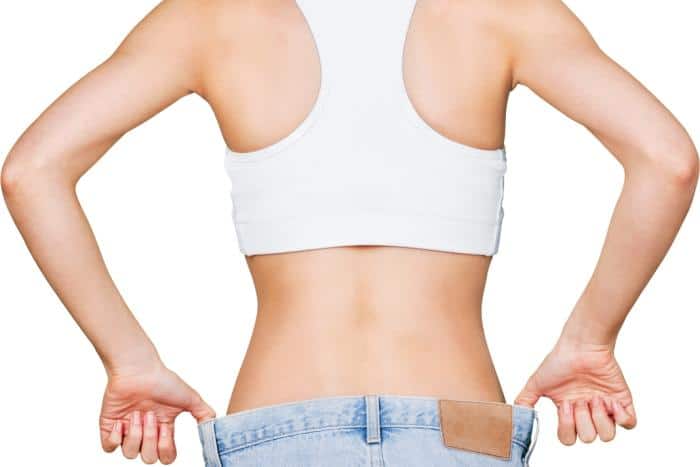 Results of the study revealed that the following biological targets were influenced by the herbs in order to prevent fat accumulation:

These were the first studies to describe such properties of the two herbs and its relevance in the treatment of obesity.

What does this mean? S. indicus and G. Mangostana aid in obesity treatment by preventing accumulation of fats and stimulating breakdown of fats.

What does science have to say about Meratrim’s efficacy in weight loss?

There are few human studies that indicate that Meratrim is indeed effective in promoting weight loss. We will also be covering other studies about the properties of individual herbs relevant to metabolic health.

We did a little investigation on the properties of S. Indicus and their relevance to metabolic health and obesity.

An animal study showed that the herb’s extract was effective in reducing insulin resistance.

It also increased antioxidant enzymes and interestingly helped in regaining of lost weight in animals.

Other animal studies confirm the herb’s potential as an anti-diabetic agent and effectiveness in reducing cholesterol and improving blood lipid levels.

What does this mean? Studies on S.indicus have been limited to animals and report that the herb is effective in treating diabetes and other cholesterol related problems. No study confirms its anti-obesity property.

G. mangostana has a beneficial effect on metabolic parameters and obesity

This fruit is rich in plant bioactives named xanthones.

Chinese researchers confirm that these compounds have anti-obesity property.

Cell culture studies demonstrated that α-Mangostin, active compound of mangosteen, prevents the development of fat cells and accumulation of fats in the cells.

Other studies show that mangosteen compounds inhibit the activity of enzymes that are involved in glucose and fat metabolism.

A study assessing the effect of mangosteen on inflammation in obese individuals reported a decrease in BMI.   Other human studies demonstrate that drinking mangosteen juice results in better antioxidant profile and immune function.

What does this mean? Anti-obesity effect of mangosteen has been confirmed by researchers other than those involved with Meratrim. In addition, mangosteen juice improves antioxidant activity and immunity in humans.

The studies regarding Meratrim’s effect were sponsored by InterHealth Nutraceuticals- the makers of Meratrim.

The first study involved 60 individuals who received 800mg of Meratrim per day or placebo along with a 2000 Calorie diet.

At the end of 8 weeks, results were as follows:

The most important finding was that the impact of the herbs on waist circumference was evident as early as 2 weeks of supplementation (reduction was 3.38 cm).

The reduction in waist circumference increased with the duration of the study. Also, a reduction in cholesterol levels was also observed.

The supplement was found to be well tolerated and its effects on weight loss, especially on abdominal obesity were visible within 2 weeks of supplementation.

A much more recent study  that is quoted on the website reported that ‘Meratrim® significantly reduced body weight by 11.2 pounds, waist size by 3.9 inches, and hip size by 2.0 inches.’ within 16 weeks of treatment.

What does this mean? The studies on humans were conducted to test Meratrim’s effect on weight loss and these were sponsored by the parent company, InterHealth Nutraceuticals.
Weight loss of 3-5 kg was observed at the end of 8 weeks of treatment and the blend significantly reduced waist circumference (-11.9 cm). The effect on abdominal obesity was visible within 14 days of treatment!

Note: A background research has led to the conclusion that evidence supporting the role of S.indicus in obesity is limited.

Same applies to mangosteen but research apart from that pertaining to Meratrim validates that it has the potential of being developed into an anti-obesity agent.

Coming to Meratrim there have been only three studies that have been conducted under parent company sponsorship and has demonstrated strong results.

However, in comparison to other anti-obesity drugs, Meratrim seems to be lacking in terms of clinical evidence.

The study states that 400mg of Meratrim must be consumed twice a day with a low-calorie diet for best results.

No significant side effects have been reported with respect to Meratrim. Minor adverse events (a headache, nausea, gastrointestinal irritation, plus back, leg, ankle, and joint pain) were reported in the study but they also occurred in the placebo group.

Avoid Meratrim in case of pregnancy and lactation.

Consult a doctor before starting on any supplements.

Meratrim induces weight loss by preventing the accumulation of fats and supporting the breakdown of existing fat stores.

However, there are only 3 such studies. Apart from that both the plants are used in Ayurveda for their medicinal properties.

Reviews on the net seem to be favorable and no side effects have been reported.

But don’t forget this is just a weight loss aid, real weight loss comes with a healthy diet and good exercise. If you have tried Meratrim, let us know your experience.