We are living with the hope that scientists someday will find an anti-aging pill, a pill that makes you smart, a pill that keeps you slim and so on.

Many health supplements are marketed with this note.

The health supplement that is gaining much popularity now is resveratrol and today we will be going through a lot of scientific literature to understand its role in weight loss.

Resveratrol is a compound produced in the skin of grapes, blueberries, raspberries etc in response to a bacterial or fungal infection and even due to UV exposure.

It is a potent anti-fungal agent and antioxidant and has been touted as an anti-aging agent. Interest in resveratrol began with the ’French paradox’.

According to this notion, the French ate high-fat diet and indulged in wine and alcohol consumption yet they stay slim and experience less cardiovascular diseases.

So it is believed that resveratrol could be the compound that is possibly responsible for this.

Resveratrol’s role in lowering body weight is limited to animal studies. Animal studies report that mice fed with a high-fat diet supplemented with resveratrol experience a loss of total body weight as well as decrease in fats in the blood.

Let’s see the different mechanisms by which resveratrol implements its anti-obesity effect.

Resveratrol utilises a number of mechanisms in order to mobilize fat to be used as a source of energy instead of it being stored:

Researchers suggest that this property of resveratrol in acting in multiple ways to prevent accumulation of fat confers to it great potential to be developed as an anti-obesity drug.

What does this mean?
Resveratrol prevents accumulation of fat by targeting multiple aspects of fat metabolism but these findings are limited to studies conducted on cell lines and animals.

2. It prevents the development of fat cells

Adipogenesis or development of fat cells begins from the stem cells and their life cycle is controlled by a number of genes and proteins.

A study proves that resveratrol prevents the development of fat cells and deposition of fats in these cells by regulating gene and protein expression of PPARγ, C/EBPα and SREBP-1c, three transcriptional factors involved in fat tissue development.

Scientists call this an ‘anti-adipogenic effect’ (prevention of fat cell development) and a number of studies confirm this activity of resveratrol.

Destroying adipocytes or fat cells is one of the ways by which resveratrol exerts its anti-obesity effect.

A number of mechanisms have been proposed by which resveratrol causes cell death of adipocytes, one of them being activation of caspase enzyme- key players in apoptosis and reduced expression of genes like survivin which inhibit cell death.

Resveratrol potentiates the effect of other phytochemicals like quercetin and genistein in destroying fat cells.

What does this mean?
Apart from preventing development of fat cells, resveratrol destroys or kills mature fat cells and this has been proven by animal and lab studies. Scientists believe this is another way by which resveratrol lowers body fat. 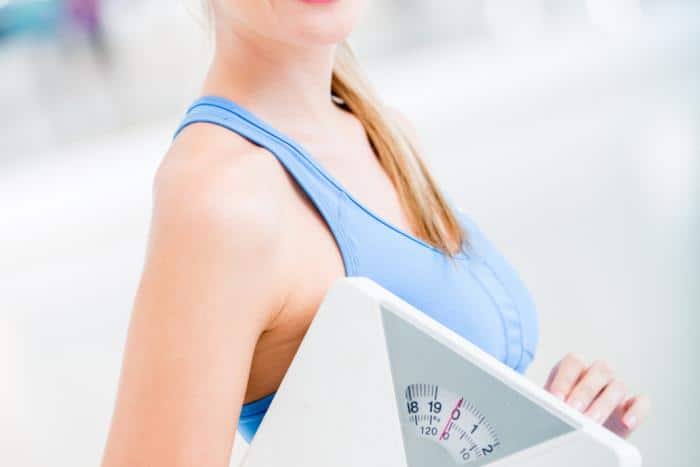 4. It prevents deposition of fats in fat cells

Two important pathways involved in the accumulation of fats in the tissue are:

Animal studies prove that resveratrol inhibits the conversion of carbohydrates into fats by inhibiting activities of enzymes and proteins like 5’-AMP-activated protein kinase (AMPK), acetyl-CoA carboxylase and fatty acid synthase

A novel antioxidant gene named sestrin 2 is said to be induced by resveratrol in order to prevent the production of fats in the liver.

The polyphenol also reduces the activity of enzymes which facilitate deposition of circulating fats in fat cells.

What does this mean?
Animal studies show that resveratrol blocks the metabolic pathways by which fat is deposited in the tissues. This serves to be therapeutic not only in obesity, but is also beneficial in case of fatty liver disease and it prevents abdominal obesity.

Thermogenesis is the production of heat in response to environment and diet.

That is why you tend to sweat and get teary-eyed after eating spicy food.

Brown fat is a type of body fat that burns fat rather than storing it in order to maintain body temperature.

This is also thermogenesis.

Resveratrol also stimulates browning of white fat which in turn increases the expenditure of fats and reduces fat storage.

What does this mean?
Another way by which resveratol lowers body fat is by causing thermogenesis in animals or in simpler terms by increasing metabolism or daily energy expenditure by activating brown fat.

When scientists say that resveratrol is a calorie restriction mimetic, they are not typically referring to dieting.

A 30 day study was conducted wherein obese individuals were supplemented with resveratrol and at the end of the study improvements in metabolic parameters was observed and these were similar to that brought about by calorie restriction.

Here calorie restriction refers to reducing calorie intake by 30-50% in order to prevent onset of age-related diseases such as obesity, diabetes, and cancer.

Activation of this gene might offer protection against age-related diseases.

What does this mean?
Human clinical trial present that resveratrol improves metabolic health and protects against age related diseases, including obesity, by mimicking the changes brought about by calorie restriction.

Diabetes serves as a risk factor for obesity. Improper activity of insulin can lead to weight gain because insulin controls the level of blood glucose and also regulates the deposition of fats.

Animal and human studies prove that resveratrol has insulin suppressive effect and it decreases insulin resistance and improves glucose metabolism.

A study was conducted to assess the effect of resveratrol in type 2 diabetes patients.

At the end of the fourth week, resveratrol significantly reduced insulin resistance in the patients and also reduced oxidative stress ( imbalance between prooxidant and antioxidant elements in the body).

What does this mean?
Resveratrol improves insulin sensitivity which keeps blood glucose at normal levels in humans. This is beneficial in case of diabetes which is a risk factor for obesity.

Most people who take resveratrol supplements say that they experience an energy boost which lasts throughout the day and enhances their level of physical activity.

Another study showed that resveratrol increased aerobic performance and strength in animals.

Results also indicated that it increased utilization of fat in the form of energy and increased insulin sensitivity.

Grape skin is one of the best sources of resveratrol.

Grape skin extract is proven to inhibit the development of fat cells, production of fats and inhibits an activity of enzymes that promote fat deposition.

Melinjo is a plant native to Indonesia and is also called paddy oats.

Scientists have come up with a novel type of rice rich in resveratrol.

In an animal study it has proven to reduce body weight and abdominal fat by 20-31% and also has improved insulin and glucose levels.

What does this mean?
Animal and lab studies show that natural sources rich in resveratrol such as grapes and melinjo seeds exert anti-obesity effect.

Science definitely supports the idea of resveratrol’s role in fat mobilization and body fat lowering effect. However, most of these studies are either conducted on cell lines or on animals. Very limited studies have been conducted on humans and none show a direct relation between loss of body weight and resveratrol.

Therefore resveratrol may be of use in terms of improving metabolic health but its effect on weight loss needs to be assessed by appropriately designed clinical trials.

Other Benefits of Resveratrol

Resveratrol serves as an antioxidant and research studies show that it reaps a number of health benefits:

However, the amount of resveratrol present in these sources is too little to provide any significant health benefit.

Also, it should be kept in mind that resveratrol has low bioavailability.

You can find the resveratrol content of different foods and beverages here.

If you look at the resveratrol content of red wine, you might have to have 100 glasses to attain the same dose as those used in lab studies.

A study examining the effect of resveratrol on type 2 diabetes reported that a dose of 5mg resveratrol was given twice daily for four weeks and beneficial effects were seen.

However, in another study utilizing high dose supplementation 500mg thrice daily, no effects were observed.

So a dose of 10-20mg of resveratrol is adequate. It would be best to consult a doctor for the right dose for your body.

Limited clinical trials have been conducted on resveratrol use in humans and no toxicity has been reported.

However mild gastrointestinal side effects have been reported at dose of 1000-2000mg.

Few conditions in which you should avoid resveratrol are:

There are very limited studies to confirm the role of resveratrol in weight loss. So do not take resveratrol supplements without taking a doctor’s consult.

So once again I would like to mention that resveratrol health benefits have mostly been proven in animal studies and some in relation to metabolic health and cancer.

There is not much evidence in terms of human studies so as to boldly conclude that resveratrol supplementation can induce weight loss.

It is highly recommended to consult a doctor before taking resveratrol or any other supplement.