Athletes and bodybuilders are advised a number of supplements to increase their muscle mass and performance.

It is a compound that is formed from an amino acid leucine.

It prevents muscle protein breakdown which could be a result of damage or strenuous exercise.

HMB is more effective in preserving muscle mass than leucine.

It is known as an anti-catabolic agent i.e. prevents loss of protein from muscles.

It stimulates the growth of muscle cells.

HMB is produced in our body and also available as supplemental form: calcium salt or free acid.

We can get HMB from healthy foods such as grapefruit, alfalfa, and catfish but definitely, the amount is not that significant.

Mixed evidence is available for its effect on fat loss.

Most of the research on HMB is done with respect to its effect on muscle or strength and exercise performance and fat loss is a secondary goal in these studies.

Nevertheless, we will still be going over these details.

They received either a placebo or 3g HMB per day.

This study demonstrated that HMB supplementation irrespective of gender can have a beneficial effect on body composition.

HMB intake is beneficial in case of resistance training as it increases exercise capacity and brings about a decrease in fat mass.

Since most studies on HMB supplementation is conducted on young adults, researchers at South Dakota State University decided to study the effects of HMB on elderly .

70-year-old adults were recruited for a training program and given either placebo or HMB.

It was concluded that the elderly respond in the same manner as young adults to HMB supplementation.

What does this mean? Research shows that HMB can bring about a modest decrease in fat mass.

A study was conducted to assess the effect of HMB supplementation on exercise performance and muscle mass in untrained men.

They were given a regular or high dose of HMB and they practiced resistance training for 8 weeks.

HMB supplementation did not affect strength gain but an increase in fat free mass was observed.

However, a high dose of HMB didn’t seem to provide any benefits.

HMB supplementation for 7 weeks brought about a significant increase in fat-free mass in adolescent volleyball players.

A number of other research studies prove that HMB in combination with exercise increases gain in muscle mass.

Creatine and HMB have an additive effect on muscle gain. In this study individuals were given either creatine, HMB or a combination of the two and the increase in lean mass was as follows: 0.92, 0.39, and 1.54 kg of LBM, respectively.

But again as usual a few research studies show that this combination has no effect on body composition.

What does this mean? HMB supplementation is popular in bodybuilders and athletes as it leads to significant gain in muscle mass. And this effect is also seen in untrained individuals. 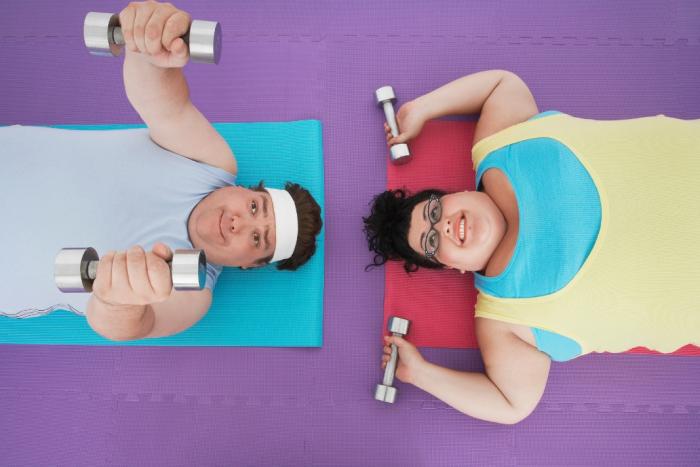 A review study was conducted to assess the effectiveness of HMB treatment in healthy or pathological conditions.

HMB was tested under different conditions: training, aging, disease and after bariatric surgery.

The studies included showed that HMB prevented muscle damage in trained and untrained individuals and also preserved muscle mass in those afflicted with chronic diseases.

HMB was found to be safe and effective for building and maintaining muscle mass.

Baier et al. showed that elderly population, when supplemented with an amino acid mixture, experienced an increase in lean tissue mass over a period of 1 year.

A review on HMB supplementation in older adults revealed that HMB preserves muscle mass in the elderly.

What does this mean? HMB preserves muscle mass in elderly as well as those recovering from chronic diseases like AIDS and cancer.

A few studies show that HMB supplementation does not affect body composition.

Kreider et al showed that HMB supplementation at 6 g per day for 28 days in trained athletes has no effect on body composition and strength.

In the unrestricted meal group HMB brought about an increase in lean mass but this was not seen in the calorie-restricted group.

Body weight and body fat percentage decreased in HMB group but not in the control group. Oddly muscle mass remained unchanged in both groups.

Research suggests that a dose of 3g HMB per day is enough to build and maintain muscle mass in healthy or recovering individuals.

HMB is said to be 20 times more potent than leucine and approximately equivalent to 20-60g of leucine.

There are no side effects associated with HMB supplementation.

HMB intake shows promising results when it comes to muscle mass gain and fat loss in untrained as well as athletic individuals.

It would be a great add on to a weight loss workout or calorie restriction. But remember you can’t expect a miracle because HMB is more of a muscle mass savior than a fat burner.

READ THIS NEXT -
Green Tea for Weight Loss
10 Teas That Speed Up Weight Loss
Chitosan: Is This An Effective Fat Absorber?
10 Best Ab Exercises To Rapidly Burn Your Stubborn Belly Fat
Nordic Diet: Good Or Bad For Weight Loss
6 Benefits Of Yerba Mate In Weight Loss