Heartburn is a painful burning sensation experienced in the chest or upper stomach.

Contrary to its name, it has nothing to do with the heart but is caused by the reflux of acid from the stomach into the oesophagus.

The reflux is a result of relaxation of the lower oesophageal sphincter (LES) which in turn is triggered usually by poor diet, obesity, and unhealthy lifestyle, though there may be other reasons too.

Heartburn is a relatively common gastrointestinal disorder and can be treated easily with common home remedies or simple drugs.

Banana is a sweet tropical fruit grown in large herbaceous flowering plants and belonging to a scientific genus Musa.

Bananas are grown in at least 107 countries across the world for edible fruits, fibre, beer and as ornamental plant species.

Apart from its extensive use for food and fibre production, banana has also been reported to have many important medicinal properties, mostly for digestive tract problems such as indigestion and ulcers.

Since heartburn constitutes symptoms of many common gastrointestinal problems such as indigestion, ulceration constipation, bloating and inflammation, which the fruit is known to treat effectively; banana is being considered as a prospective medication for translational and complementary therapy of heartburn and acid reflux.

Heartburn accompanies several problems including gastric ulcers due to excessive acid exposure in the stomach and esophagus.

An experiment on mice, in which gastric ulcers were purposefully generated, showed that consumption of banana for just one week decreased ulceration in the stomach effectively.

Another study on unripe banana powder reported the same results of it healing aspirin-induced gastric ulcers in mice and proved it to be more effective than ulcer and heartburn medication called cimetidine.

Practical studies on humans have not yet been done but reports from several parts of the world, especially tropical Asian countries prove that consumption of banana soothes the gastric lining and decreases the number of ulcers. 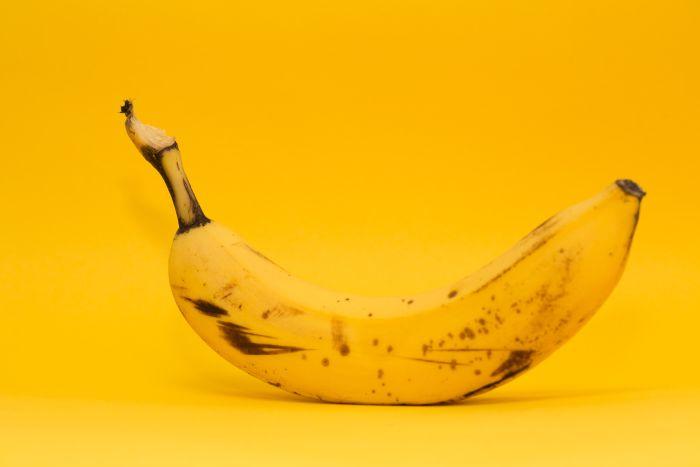 Indigestion or dyspepsia is one of the major culprits behind acid reflux. It not only causes constipation but also decreases in the pressure of LES, leading to its relaxation and thus, heartburn.

Banana has been known to treat diarrhea effectively and is said to have deleterious effects if consumed during constipation or indigestion.

However, studies have demonstrated that banana is a potential remedy for not just diarrhoea but also indigestion; and it is one of the only few carbohydrate-containing foods that is tolerated by the stomach during dyspepsia.

Banana has been proven to be a rich source of simple digestible carbohydrates which not only fulfil the energy demands of the body during indigestion, but also heal the gut.

It makes an effective diet for infants and children and is digested easily during gastric problems as compared to other nutritional energy sources.

Another study revealed that dried banana powder was effective in healing functional dyspepsia and its associated heartburn in human patients as compared to other medications.

Heartburn is effectively healed by medications and antacids which neutralize stomach acid or reduce the production of the same.

Banana is one of the bland diets, prescribed for heartburn and peptic ulcer patients which are caused mainly due to excessive acid production in the stomach.

Apart from the fact that its constituents protect the gastric mucosa from irritation caused by the acid, it also helps buffer the acidity and neutralize the pH of the stomach.

This property, however, has been shown only in unripe banana and not in its ripe counterpart.

Instead, the ripe banana has been shown to aggravate the symptoms of ulcers and heartburn in patients, which has been proven by many independent trials done across the world as a part of home remedies.

The study was done on unripe and ripe banana powder (plantain) confirmed the above claims to establish the fact that unripe banana indeed is a good agent for the healing of heartburn through its ability to buffer stomach acids.

Inflammation is a normal consequence of acid reflux where excessive acid exposure of the mucosal layer of the gut causes damage leading to pain and ulceration.

The inflammation is a result of the production of damage induced chemicals called cytokines (e.g. TNF- and IL-1) in the tissue and neighboring blood vessels.

Banana has been shown to reduce the production of these pro-inflammatory cytokines in the gut, leading to a decreased rate of inflammation and thus ulceration and pain.

In the experiment, rats were subjected to gut mucosal damage induced by aspirin.

Then they were fed on an unripe banana (plantain) diet for 10 days.

The results demonstrated that banana had a similar efficacy of omeprazole, the proton pump inhibitor, which is used to cure gastric inflammation, ulceration and heartburn.

5. Green banana protects the mucosal layer in the gut

Acid reflux and excessive exposure of the gastric mucosa to stomach acids, lead to mucosal erosion, inflammation, and ulceration, the root cause of all the pain and other consequences of heartburn.

Unripe fresh green bananas contain several polysaccharides such as phosphatidylcholine and pectin that coat the gut wall and increase the layer of protection in the stomach and oesophagus, against acid-induced damage.

In a similar experiment, aspirin-induced erosions of mucosal layer in rats was shown to be inhibited by unripe banana pulp.

In this study, the banana was shown to contain a flavonoid called leucocyanidin, which protects the gastric mucosal erosion in the rats and is a potential candidate for natural foods that help heal and protect the gut from acid damage.

Not just healing the gut from damage, but banana has been shown to protect further erosion as a maintenance therapy.

Banana pulp powder, in an experiment was demonstrated to increase the cell division in the gut cells producing mucosal layer and inhibit the shedding of old cells by the action of acid and digestive enzymes.

Dosage and consumption of banana for heartburn

There have been no studies on the optimum dosage and consumption of banana for heartburn.

Patients in traditional medicine usually start with the lowest dose and increase the same rationally according to the severity of the symptoms.

In clinical trials and experiments, banana has been given to patients of heartburn and digestive disorders for 7 to 10 days for relief.

Professional dieticians recommend one half or a whole banana to be consumed during breakfast everyday to prevent the symptoms of heartburn .

It is important to note here that while unripe banana in moderate quantities can effectively ameliorate heartburn, indigestion, and pain in the stomach; ripe banana or excessive consumption of banana can exacerbate the symptoms of heartburn by causing indigestion of constipation.

Side effects and precautions

Due to lack of studies, there are no known side effects or precautions or drug interactions of banana in the body.

You can start with 1/2 or 1 unripe banana. In case it is well tolerated, which in most case is, the dose should be increased systematically along with maintaining a low-fat balanced diet for maximum relief from heartburn.

One important precaution is to always consume unripe banana for heartburn, ulceration and indigestion and not the ripe one which might increase the symptoms of the disorder.

Banana has long been used in traditional medicines and Ayurveda for treatment of digestive disorders such as ulcers, inflammation, diarrhoea, nausea, and vomiting.

The fact that it can buffer stomach acids, heal and protect the gut from acid-induced damage along with a recent revelation of its beneficial role in treating mild dyspepsia, makes it a potential home remedy for heartburn.

However, only unripe banana has the power to cure gastric problems and ripe banana exacerbates the symptoms of the same, which is why it must be consumed with precautions.

READ THIS NEXT -
What Kind of Foods can Aggravate Acne?
Can Red Rice Yeast help in Heartburn Treatment?
Is Aloe Vera Shampoo Better than Your Usual Shampoo?
9 Ways Cinnamon Can Benefit Your Skin