Heartburn is a painful burning sensation experienced in the chest area due to the reflux of acid from the stomach into the oesophagus.

Contrary to its name, heartburn has nothing to do with the heart bur is caused due to the relaxation of the lower oesophageal sphincter muscle at the stomach entrance that paves way for the acid to flow up and cause inflammation.

The relaxation of the sphincter muscle is triggered usually by poor diet, unhealthy lifestyle, obesity and many other factors including some illnesses.

Though heartburn is a relatively common disorder which can be treated easily, its ignorance can lead to a more complex ailment called gastro oesophageal reflux disease.

Heartburn and more importantly, its chronic form gastro-oesophageal reflux disease may manifest a number of typical and atypical symptoms which may or may not be easily recognized, thus, causing a delay in treatment procedures.

Heartburn is a very common disorder and is generally characterized by a burning pain in the chest.

This is called as regurgitation.

The later complex stage of heartburn called gastro-oesophageal reflux disease is marked by frequent regurgitations and intensification of other common heartburn symptoms.

Below given are top ten clear pieces of evidence of the presence of heartburn.

Presence of one or more of these symptoms occasionally indicate acid reflux and a persistent occurrence demands immediate medical attention because it might be a sign of gastro oesophageal reflux disease which won’t be treated with simple medications and home remedies. 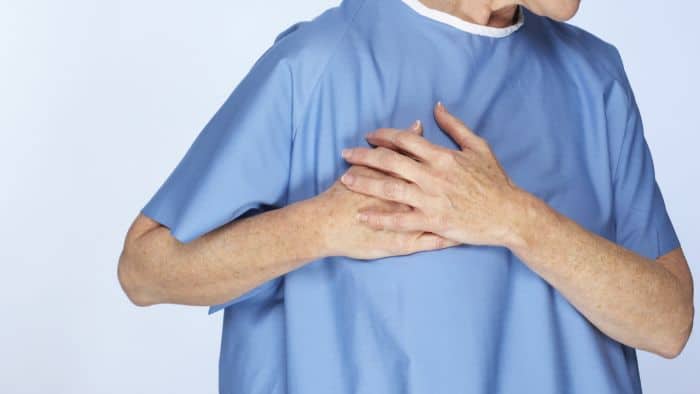 This is one of the classic symptoms of heartburn, experienced just around the breastbone.

During heartburn, there is a strong burning pain in that area which increases after meals and during sleep.

This burning sensation lasts for a few minutes to several hours.

This is typically associated with a condition called regurgitation which means expulsion of contents of the stomach from food pipe . (1)

Due to the burning sensation, a heavy pain is observed in the chest.

This pain can last longer and can be higher in intensity than expected. However, this might also be due to some other reasons such as a heart attack.

It is also important to note that a chest pain due to heartburn is usually accompanied by the burning sensation.

It is always better to consult a doctor before coming to any conclusions in case of pain in chest area. (2)

3. Intensifying of pain/burning sensation when at rest

The acid from the stomach is more likely to escape while lying down or bending over.

This increases the intensity of heartburn or chest pain due to heartburn in such a position.

While standing up, gravity pulls down the acid to its normal course which is not the case while lying down or at rest. (3)

This also explains why nighttime heartburn i.e. heartburn while sleeping is more prominent.

Just after meals, especially heavy meals, the food has nowhere to go but up.

This is because it can’t go down without being fully digested and the excess food pressurizes stomach in such a way that the lower oesophageal sphincter opens up and the food goes upwards causing reflux.

The reflux, in turn, induces pain and burning sensation .(4)

Due to the reflux of acid from the stomach back in the food pipe, the acid sometimes reaches till the throat and mouth, especially at night.

This causes the retention of sour or acidic taste in the mouth until the acid reflux has ceased. The acid may also lead to foul smell or bad breath persistently.

GERD or heartburn is a condition with many manifestations which are associated with not just the gastrointestinal tract but also the respiratory tract.

The reflux of acid for a longer time manages to reach up to the vocal cords and damage them causing hoarseness invoice which is similar to that experienced during cold or flu.

This hoarseness is usually accompanied by other heartburn symptoms such as acidic taste in mouth, chest pain or more.

An easy way to make out if the hoarseness is because of reflux or flu is to check the symptoms of flu. I

f there are no other cold-like symptoms such as a runny nose, nose blockage, fever etc., the hoarseness is likely due to acid reflux. (5)

Also, the reflux of acid many times reaches the respiratory tract and affects the physiology of that part as well.

The acid enters the lungs and damages the respiratory tract causing irritation in the throat and secretion of extra mucus which comes out as a cough.

If these symptoms get treated by antacids, it indicates that the hoarseness, sore throat and cough are caused by heartburn and not any other disease such as common cold .(6)

Due to excessive acid exposure, the throat, apart from oesophagus and stomach, gets damaged or rather corroded.

This causes pain and difficulty in swallowing because the damage affects the nerve endings in the mouth that bring the signals to initiate or carry on the process of swallowing by contracting certain muscles in the food pipe.

This type of symptom arises mostly after prolonged heartburn which is not treated in is initial stages.

Difficulty in swallowing or scientifically known as dysphagia is specifically a painful feeling of an impending food bolus that is struck at one place in the throat.

There are two types of dysphagia usually experienced by heartburn patients.

First, where the initiation of swallowing is totally inhibited and the food is reluctant to pass down the throat.

The second one where the food passes down but leaves the classic sensation of impeding bolus struck in between. (7)

The argument of whether or not, heartburn is related to asthma has been going on for more than two decades.

Several experiments have successfully confirmed that an increase in symptoms of heartburn can lead to increases in asthma incidences.

Conversely, treating heartburn and GERD successfully reduces the incidences of asthma in patients.

Excessive acid exposure of the oesophagus and larynx/lungs causes bronchial hyperresponsiveness, which leads to increase in asthma occurrences, a study stated.

Giving reflux therapy to such patients treated asthma as well and it was finally concluded that heartburn influences the respiratory tract by increasing the irritation and respiratory disorders, such as asthma. (8)

Two types of mechanisms have been proposed to explain the occurrence of respiratory malfunctions such as asthma occurring due to acid reflux.

First one hypothesizes that the acid reflux and exposure disrupt the protective layers in the oesophagus and passes on to the lungs and causes irritation which leads to asthma, cough and other forms of bronchitis.

The second one indicates the fact that the respiratory tract and the gastrointestinal tract are linked embryonically.

This means that they share a common embryologic origin and neural innervations such that certain nerve endings are common to both the systems.

Thus, if one of them is damaged as in acid reflux, the other is bound to show the symptoms as well. (9)

Heartburn usually occurs due to indigestion and excessive acid secretion.

This irritates the gastrointestinal tissues and increases the sensation to vomit out undigested food.

Nausea sometimes actually leads to a headache and vomiting too after which the empty stomach senses a little relief from acid secretion. (10)

The pain, however, may or may not cease depending on the extent of acid reflux.

The symptoms of nausea accompanying heartburn are more prominent and heightened during pregnancy when both acid reflux and vomiting become a common phenomenon.

Another symptom that is a by-product of the effect of acid on the larynx/throat is excess salivation.

This is sometimes accompanied by neck and throat pain too or a strong heaviness experienced in the head.

The excess salivation is the result of the damaging effect of the acid on the upper gastro intestinal tract that reacts to protect it by secreting more saliva. (11)

Heartburn is a very common disorder experienced by a number of people every second across the world.

About 40% of the US population alone experiences chronic forms of heartburn with frequent regurgitation every month.

Many of these symptoms are not exclusive and could be easily mistaken with any other commonly occurring disease which is why it becomes all the more important to know these symptoms correctly and look out for them with an alert mindset so that further problems may be prevented.