Heartburn is a painful burning sensation experienced in the upper stomach or chest area due to the reflux of stomach acid into the oesophagus.

This reflux, usually triggered by poor diet and food is mediated due to the relaxation of the lower oesophageal sphincter (LES) which is highly affected with the type of food, exercise, body weight, sleeping positions, and other factors.

Though heartburn is a relatively common disorder and can be easily cured with a change in food intake and simpler medications, its ignorance can lead to a severe form known as gastro oesophageal reflux disease (GERD) [1].

Vitamin B and Heartburn Treatment

Vitamin B is a type of essential organic nutrient classified in the group of vitamins that are needed by an organism in trace amounts for proper growth and maintenance of a disease-free condition.

These vitamins are needed as cofactors and accessory organic compounds in the body, without which the essential energy generating and metabolic/anabolic pathways or cycles of the body would be stalled.

Deficiency of any of the mentioned B type of Vitamins can lead to diseased states and loss of growth. Most common Vitamin B deficiency diseases are Anaemia (Vitamin B12 or B6 deficiency) and Pellagra (Vitamin B3 deficiency) [2].

Vitamin B plays an important role in the control of heartburn with proper supplementation, as demonstrated by a randomized clinical trial, where the supplementation of Vitamin B12 along with melatonin and other organic additives reduces the occurrence of heartburn to a greater extent as compared to omeprazole, a synthetic drug, usually prescribed for GERD.

The study clearly indicated an important role that Vitamin B plays in the prevention of inflammation and ulceration in heartburn, thereby alleviating its symptoms [3].

However, apart from the role of B vitamins, treating heartburn; another prospect of involvement of vitamin B in GERD is its deficiency, that is caused due to the prescribed drugs ( Proton Pump Inhibitors and Histamine Receptor Antagonists) for treatment of severe heartburn of GERD.

It has been found that certain drugs which essentially include heartburn medications like proton pump inhibitors ( PPI), histamine receptor antagonists (H2RA) and anti-ulcer medicines hinder the absorption of B Vitamins especially Vitamin B12 in the stomach.

B vitamins are complexed with other organic nutrients in the food and are separated by the action of acid in the stomach from those nutrients, making their absorption feasible.

The heartburn medications, with the most common ones being omeprazole and lansoprazole block the acid secretion in the stomach to reduce the symptoms of heartburn, due to which, the food is not broken down properly with an insufficient release of B Vitamins from their complexes, making their absorption difficult.

It has been estimated that heartburn and other acid-blocking medications highly increase the risk of anemia and other vitamin B deficiency associated diseases especially in older people who are already most susceptible to natural vitamin deficiencies.

Since, the liver stores vitamin B in its reserves; it might take a few months to even a year to develop symptoms of vitamin B deficiency and can be sudden with drastic effects, indicating the harms of long term consumption of heartburn treating drugs[4] .

Heartburn Treatment with Vitamin B Supplementation

As indicated, vitamin B supplementation is useful in amelioration symptoms of heartburn by its beneficial actions on the gastrointestinal tract on many levels. Also, its deficiency can exacerbate the incidences of heartburn, making its role highly important in this disorder. 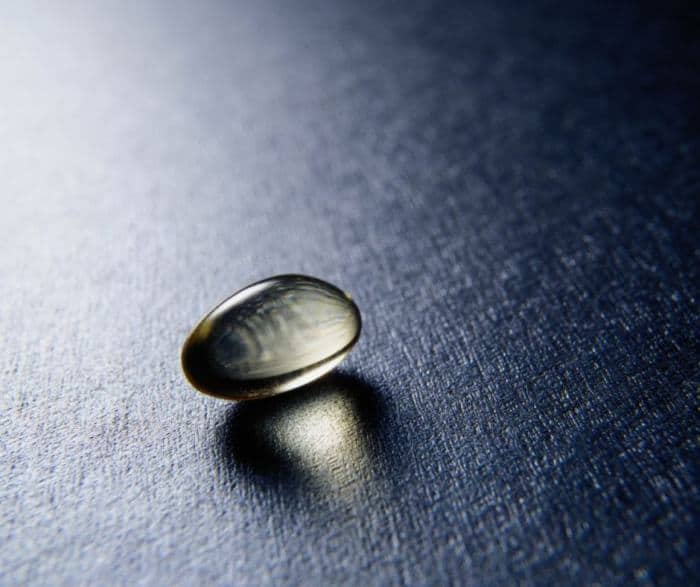 1. Vitamin B can help cure Ulcers

A study on rats indicated that deficiency of vitamin b complex is associated with the development of ulcers in the gastric mucosa.

The degree of ulceration is dependent on the duration of the deficiency more than the extent of the same, which is true for humans as well.

Vitamin B12 deficiency can cause the red blood cells to become abnormally large, making them impaired for the normal functioning of carrying oxygen, leading to ulcerations in not just gastric mucosa but more frequently in mouth.

Heartburn is usually associated with ulcers because of the damage of mucosa pertaining to prolonged acid exposure [5],[6].

This condition might be exacerbated with vitamin B12 deficiency which increases the amounts of lesions in the stomach and oesophagus, making the disorder more painful and problematic.

Supplementation of vitamin B12 in heartburn is associated with the reduction of ulcers and thus alleviation of pain during acid reflux.

2. Vitamin B6 helps with Nausea and Vomiting

Nausea and vomiting are one of the most discomforting symptoms of heartburn in which reflux of acid irritates the oesophagus, causing the feeling to throw up.

In a study involving pregnant women, it was demonstrated that vitamin B6 supplementation can significantly reduce vomiting and nausea and ease the gastro-intestinal tract for further symptoms of this disorder.

Pregnancy is usually accompanied by a highly problematic symptom of nausea and heartburn and treatment of the same using vitamin b supplements indicate its potential use in general heartburn treatment to allay the incidences of anxiety caused by vomiting [7].

Helicobacter pylorus is a pathogenic organism responsible for causing gastric lesions, ulcers and cancers. It is also involved in exacerbation of the ulceration and pain in heartburn.

H. pylori infection is caused and enhanced by a deficiency of vitamin B12 and supplementing vitamin B in diet or through medicines has been shown to eradicate H. pylori infection to a greater extent, providing relief from ulcers and inflammation [8].

Dosage and Consumption of B Vitamins

Vegetarians might find it more difficult to meet their daily vitamin B demands as they are less abundant in vegetarian food as compared to meat and flesh.

Vitamin B complex medications are widely available in the pharmacies as over the counter drugs.

The dose of each of those drugs is different (indicated on the label) depending on their composition which differs with each manufacturer.

It is advised to generally consult a physician or a pharmacist to chose a good vitamin B complex medicine available [9].

Most of the gastric disorders including heartburn and ulcers are related to vitamin B12 and B6 deficiency, the dosage for which would be discussed in detail here.

A typical general dose of vitamin B 12 is 1-25 mcg per day. Under normal conditions, there has been a recommended dietary (RDA) allowance set for the intake of vitamin B through food for different age groups.

However, in older people absorption of vitamin B reduces and thus RDA is not sufficient to meet their daily vitamin B12 needs for which they need the consumption of Vitamin B fortified foods.

Vitamin B6 is majorly present in poultry, fish, fruits and starchy items like potatoes. Vitamin B6 is also available as a dietary supplement usually in the form of pyridoxine.

For adults, a typical dose of vitamin B6 is 2.5-25 mg daily for three weeks and then 1.5-2.5 mg daily for maintenance of treatment.

However, this is also different for people with different age groups and with different conditions which is why it is better to consult a doctor for better treatment and prevention of any unwanted discomfort [11].

There has been not enough research on the standard dose of vitamin B12 and B6 for gastric disorders because they are usually the additional discomforts accompanied by major vitamin deficiency diseases.

Thus, it is advised to consult a doctor for taking just vitamin B12 or B6 medication for the alleviation of heartburn and ulcers.

In general, over the counter, Vitamin B complex capsules work just fine to reduce heartburn, ulcers and prevent the onset of any deficiency diseases.

There has been a prescribed daily dosage of B type vitamins of each type, with a decided upper limit, which crossed can lead to certain discomforts.

Also, vitamin B6 is known to interact with certain medicines used to control seizures along with many others [12].

Thus, taking vitamin B supplements should always be discussed with a doctor or a pharmacist for proper dose and interactions with drugs in case of presence of any other disorder.

Vitamin B holds an important position both in the prevention of heartburn and its related symptoms and in the frequency of the occurrences of the same, due to its deficiency.

Also, certain acid blockers used to control chronic acid reflux are known to reduce the absorption of B vitamins, leading to their deficiency and creating additional disorders such as anemia.

Vitamin B supplementation is always advised to older people and people on heartburn medicines to meet their daily demands of the same.

Vitamin B medications are widely available in the market and provide a safe and easy way to replenish the vitamin B levels in the body but it is highly recommended to use a doctor’s advice before going for any kind of marketed drug to avoid any future discomfort.