Heartburn is a painful burning sensation experienced in the upper stomach or chest area due to the reflux of stomach acid into the oesophagus.

The reflux is caused due to the relaxation of the lower oesophageal sphincter which in turn is triggered usually by poor diet, unhealthy lifestyle, alcoholism, obesity and smoking including certain other pathophysiological reasons.

Though heartburn is a common disorder which can easily be treated using simple remedies and medications, its negligence often leads to the development of a more severe form known as gastro oesophageal reflux disease (GERD).

Methods of diagnosis of Heartburn/GERD

The diagnosis of heartburn is comparatively easy.

Any kind of chest pain below the breast bone that is not radiating in the arms and throat marks this common disorder.

Other common symptoms such as nausea, inflammation in the chest, headache, gas etc can also accompany this painful burning sensation. Though heartburn is a common symptom but doesn’t occur very frequently.

If it does then it might be a sign of gastro oesophageal reflux disease which is not that easy to diagnose.

Gastro oesophageal reflux disease, a severe form of heartburn is not just characterized by chest pain but other chronic physiological conditions too.

For some patients, there could be a complete absence of any symptoms.

For others, frequent acid reflux and heartburn could be the major symptom along with bloating, regurgitation (reflux of food along with the acid up in the food pipe, water brash (sudden filling up of mouth with frothy saliva which gets secreted in excess amounts during reflux to neutralize the acid) and many others.

Many complex symptoms such as asthma, cough, difficulty in swallowing, severe headaches, hoarseness in voice, feeling of choking, nausea etc may also accompany the classic symptoms

Why gastro oesophageal reflux disease is hard to make out is because some patients might not experience the classic GERD symptoms such as heartburn, regurgitation, water brash etc. they might instead have either no symptoms or others such as a headache, asthma, cough and many other problems which are also associated with other diseases.

In such cases, a medical diagnosis is required before prescription of any kind of medication.

Presence of one or more classic symptoms easily tells about the occurrence of GERD and makes it easier for the doctor to prescribe medicines without a diagnosis.

There are several techniques of diagnosing gastro-oesophageal reflux disease that has been developed recently or have been used since long.

Older techniques have been replaced by modern technology or have been modified according to the conditions, suitability, and needs of the patients.

One or more tests can be prescribed by the physician according to the requirements and occurrence of the type and extent of the symptoms of GERD.

Some of the common and uncommon techniques are explained below which can be used to get the condition of GERD diagnosed. 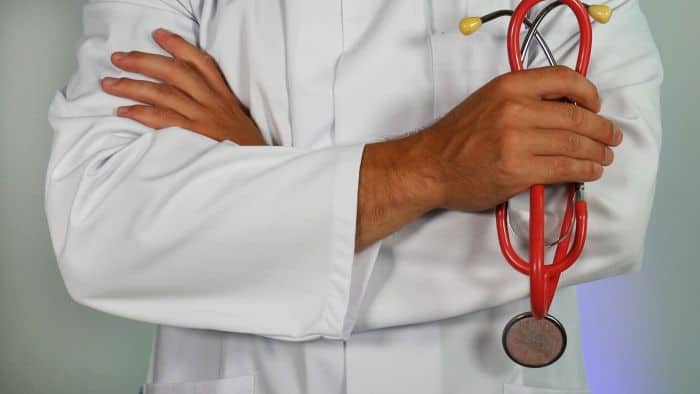 This type of test, otherwise called as a 24 hour pH probe test is used to measure the acidity of the stomach and food pipe for about one day.

The device used is called a pH probe and it identifies the number of times the acid regurgitates in the food pipe from the stomach. The device is passed down the nose to the throat down the oesophagus and fixed there for 24 hours.

It then measures the pH of the oesophagus and transmits the data to a small analytical computer which is attached to the waist through a belt on the patient’s body.

Before the test, the patient might be asked to stop taking some medications such as antacids, H2 Blockers, Proton Pump Inhibitors, Cholinergics, Corticosteroids, and Adrenergic Blockers etc.

The insertion of the probe tube in the gut may cause some gagging sensation but otherwise, the procedure is not much painful or discomforting.

Abnormal pH values that show excessive acidity or regurgitation can mean the presence of gastro oesophageal reflux disease or any related disorder such as Barrett’s oesophagus, Dysphagia (difficulty in swallowing) and reflux oesophagitis.

There are little risk factors involved in this procedure since it is a simple endoscopy like a method to diagnose acid attack.

However, it may cause arrhythmia which is the disorder of heart rate with the heart beating too fast or too slow during the procedure. It may also cause breathing in of vomit as the insertion of the catheter often causes vomiting or nausea.

Both the conditions however are not too serious and the, however, recovers once the pH probe or catheter is taken out.

It is a test to examine the mucous lining of the stomach, oesophagus and the upper part of the intestines called duodenum.

It is an endoscopic procedure where the doctor puts an endoscope in the oesophagus through the mouth till the stomach or duodenum.

Before the procedure, a mild anesthetic is given to prevent the feeling of pain, vomiting or gagging. The scope is then put inside and the tissue is viewed for any damages or acid attack.

Biopsies may be done where the tissue sample is collected through the endoscope to be viewed under the microscope. The whole process takes about 2 to 20 minutes.

Discomforted is prevented by the anesthesia given by the doctor if required. The doctor might prescribe against eating or drinking anything 6-12 hours before the test.

In fact, it won’t be possible for the patient to eat even after the test until the nauseating feeling is gone.

The doctor may also ask to stop taking any aspirin or blood-thinning medications before the test.

Abnormal results of the test may indicate gastro intestinal disorders like GERD, heartburn, hiatal hernia (when the stomach sticks up in the chest mostly as a result of GERD), oesophagitis (swelling in the oesophagus), ulcers and gastritis etc.

The risk factors include bleeding during biopsy at the site from which the tissue is taken, respiratory depression, low blood pressure and low heart rate, excessive sweating and spasms in the larynx .

It is the test to diagnose how well the oesophagus is working. In this procedure, a catheter is inserted through the nose down the oesophagus and the patient is asked to swallow.

Swallowing causes the movement of the oesophagus called peristalsis which is also normally caused while eating or drinking.

Thus, the catheter measures the movement of the oesophagus as compared to what happens in normal conditions.

It also monitors the opening of the sphincter muscle and the contractions of the oesophagus to let the fluids and food through.

Before the procedure, the doctor gives a number of medications that help easy insertion of the catheter and prevent gagging.

It is also not advisable to eat anything at least 8 hours before the test.

The whole procedure takes about an hour to complete and because of the medications, it also is not much discomforting.

The abnormal results that are irregular or nonstandard contractions or relaxation of the oesophagus may mean a weak lower oesophageal sphincter causing GERD/heartburn, oesophagitis or achalasia (inability of the oesophagus to move food downwards).

The risk factors include nose bleeding, sore throat and rarely, perforations in the oesophagus because of the insertion of the tube .

A less common test for diagnosing GERD, stool occult blood test finds out any hidden (occult) blood in the stool that might result from any injury or inflammation in the gut.

Normally, for the test the patient has to pass normal bowel movements at home and collect a small amount of sample to be given for testing of presence of blood.

Not much precautions are taken for this test but consuming some food items such as red meat, horseradish, turnip, uncooked broccoli and cantaloupe before the collection of samples may affect test results.

The reason why this test is sometimes prescribed for GERD diagnosing is because it can also detect blood in stools coming due to inflammation in the gut or peptic ulcers caused as a result of acid reflux .

Gastrointestinal X rays are done to monitor the movement of food in the stomach and the response of the gut to that ingested food by observing its functioning.

There are two basic methods to trace the problems in the upper gastro-intestinal tract – Standard Barium Swallow and Double Contrast GI tract Series.

Both the techniques basically use barium which is given as a milk shake like liquid to the patient to during.

This barium then coats the gut lining and acts as a compound that emits radiation.

The fluorescence or radiation emitted by the barium coating is captured by X-ray films or fluoroscopy and any abnormal movement or functioning is thus detected.

The standard technique is modified by using a combination of air and barium that gives a better surface area to create a more detailed view of the stomach lining.

In this, after ingestion of barium, the patient is given small gas forming crystals to swallow, which get activated when mixed with barium.

The gas then expands and fills the stomach with air exposing the finer details of the gastro oesophageal tract lining.

The procedure is done without anaesthesia and takes 2 to 6 hours to complete depending on how fast the barium movement and coating occurs.

The patient then may be asked to stand, lie down or be in different postures for taking the images trough an X-ray film.

The lining can’t be exposed properly if there is fluid or food inside so it is generally advisable to not eat or drink anything at least 8 hours before the test.

The procedure is used to detect any damages in the gut lining or the inflamed areas caused due to acid attack in the stomach or the oesophagus which is a common problem caused during GERD.

It can also diagnose a hiatal hernia and abnormal growths of cysts in the stomach such as tumours.

Although it is an accurate, safe and a popular technique, the doctor should always be informed about patients other medical conditions such as pregnancy before performing the test.

The test is pain less but the patient may observe bloating, constipation, blocking of the intestines, nausea and light coloured stools for several days after the procedure.

The risks involve severe constipation or blocking of intestines which is why a doctor should be informed if no stool/gas has been passed within 2 days of the procedure.

It can also cause allergy to barium or flavouring agents in barium in some patients.

Heartburn or gastro oesophageal reflux disease is generally characterized by chronic chest pain, nausea, acidity and other similar symptoms which are recognized immediately by the doctor to be treated accordingly.

However, many a times, these classic symptoms of the disorder are absent and some accessory symptoms appear instead, due to which it is difficult for the medical practitioner to prescribe any medications without proper diagnosis.

There are a number of diagnostic techniques available which can detect the presence, extent of occurrence and downstream effects of GERD easily.

Each technique is prescribed according to the suitability and the need of the patients and thus should be chosen accordingly for better and safer diagnosis of the ailment.