Heartburn is a commonly experienced painful burning sensation in the stomach and chest due to reflux of acid and other stomach contents in the oesophagus.

The reason for heartburn usually is poor diet and lifestyle which causes the relaxation of the Lower oesophageal sphincter and allows the acid to flow up.

How do Calcium Supplements Help in Heartburn?

Calcium carbonate is a dietary supplement used to compensate for the low calcium intake in the diet and as an antacid against acidity and acid refluxes.

Calcium carbonate tablets are available in chewable, dissolvable and liquid forms over the counter, with or without prescription.

There are several ways in which calcium carbonate acts on the stomach and reduces heartburn.

Clinical trials of calcium carbonate with other prescribed medications of GERD suggest that while the prescribed GERD drugs have a delayed onset of effect, calcium carbonate acts rapidly in increasing the pH of the stomach by neutralizing acids secreted in response to food ingestion.

This increase in pH makes the gastric contents less corrosive to harm the oesophageal and stomach mucous layer which the acid normally does, causing burning sensation and inflammation.

Despite the faster action, calcium carbonate supplements have been shown to have fleeting effects whereas the prescribed GERD medicines have a prolonged effect.

This makes calcium carbonate suitable only for preliminary or low levels of heartburns and not for chronic GERD.

The main function of oesophagus or the food pipe is not just to connect the stomach and the oral cavity, but also to perform peristalsis, which is a snake-like motion, that helps in pushing food downwards in the stomach by creating contractions.

In certain cases of heartburn, acid reflux occurs because the peristaltic movement of oesophagus becomes less efficient or insufficient to maintain the contractions needed to keep the food in the stomach and prevent its backflow.

Calcium carbonate has been shown to increase this oesophageal motility and thus much more efficient acid clearance capacity that helps in preventing the reflux and the consequent damages caused by the acid. 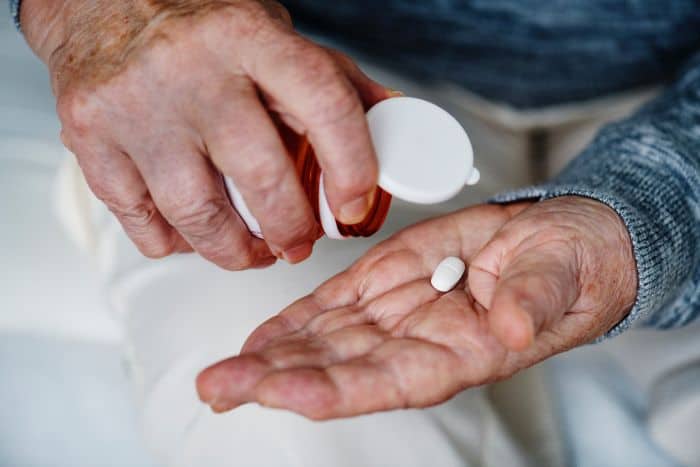 Gastrin is a stomach hormone which induces digestion by optimal HCL and gastric juice secretion as a response to ingestion of food.

This increases the probability of reflux and the damage caused by this acid on the gut wall, leading to inflammation and ulceration.

Earlier studies on the effect of calcium on gut were done on the levels of gastrin after oral ingestion of calcium carbonate supplements.

The studies show that calcium stimulates the antral and duodenal gastric mucosal layer, the lining of the stomach, to release the digestive hormone gastrin, thus increasing the digestion.

Better digestion prevents heartburn by reducing the chances of acid to reflux up in the oesophagus .

Calcium carbonate like any other antacid increases the lower esophageal sphincter (LES) pressure.

LES is required to be under high pressure so that it doesn’t relax and allow the backflow of stomach contents in the oesophagus.

The efficacy of calcium carbonate increasing the LES pressure is a little less as compared to other antacids like aluminium hydroxide and magnesium hydroxide and this is why it generally comes along with the latter two in a mixture.

Calcium carbonate also stimulates shorter retention time of food in the stomach and faster emptying of the gut as a consequence of better digestion.

This helps reduce the time of acid secretion and chances of reflux causing heartburn.

This indirectly might be attributed to improved gastrin and gastric acid secretion which breaks down food faster than the normal, reducing its retention time.

Dosage and consumption of calcium supplements

They come in preparation of calcium carbonate that treats heartburn along with releasing free calcium that can be taken up by the body to provide in calcium-deficient conditions.

However, heartburn prevalence during pregnancy also becomes two-fold, requiring the need for antacids or antireflux therapies.

In such a situation, calcium supplements can prove beneficial for both alleviations of heartburns and providing a calcium substitute.

The label of the medication directs the dosage and time of consumption because it varies with every brand (each pill provides about 200-400 mg of calcium carbonate ).

Any discrepancy must be consulted with the pharmacist or the doctor.

When using the tablet as a dietary supplement, it should be taken as directed by the physician or with the meals as prescribed.

Chewable tablets should be chewed thoroughly and never swallowed as a whole. A whole glass of water should be taken after ingesting the tablet both regular and chewable, to increase the efficacy of the same.

Liquid supplements should be taken as directed in the prescription or the drug label and should be shaken well before use.

The drug comes under different labels with varying compositions and doses.

The most popular over the counter calcium antacid supplements available are Calcel, Alka mints, Chooz, Rolaids and Miralac among several others.

Some of these also contain other antacids such as aluminum or magnesium hydroxide besides calcium carbonate as their main ingredient.

Calcium carbonate dosage can be slowly increased from the least which is 500 mg per day to the highest, as prescribed in the label.

It is not recommended to take more than the prescribed dose of this supplement per day. If desired, a doctor should be consulted.

The supplement for heartburn should never be taken for more than two weeks.

If no relief from heartburn is experienced within two weeks, a doctor should immediately be consulted for a higher level of prescription drugs as the condition might be severe heartburn of GERD which is not treated with mere antacids.

In case of some other medical treatment going on, the doctor should be consulted for calcium supplements because calcium can hinder in the absorption of certain drugs.

These include some antibiotics and iron pills. Long-term calcium intake, when mixed with some other medications and therapies, can also lead to kidney stone formation.

So it is better to consult a doctor or a pharmacist before consumption of any kind of OTC drug.

If calcium carbonate is taken on a regular basis and a dose is missed, the dose should be taken as soon as possible.

However, if that does is not taken almost until the time of the next dose, the new dose should never be doubled up in order to compensate for the missed dose.

The regular dosage instructions should always be followed and maintained.

There are some basic practices that should be followed if calcium carbonate supplements are taken regularly.

Water intake and dietary fiber intake should be equally and exponentially increased to reduce any side effects and increase the stomach emptying for maximum efficacy of these drugs.

Switching to another calcium supplement might help if the one currently in use doesn’t work but a doctor should always be consulted to diagnose any other problem associated.

Possible Side Effects and Precautions

Regular controlled doses of calcium carbonate seldom have any side effects but if at all, it can cause vomiting, stomach pain, loss of appetite, belching, constipation, dry mouth, and increased urination.

Other side effects can be caused if the patient is allergic to calcium carbonate or any other ingredient in the medicine.

Any kind of above-mentioned side effect or anything different should immediately be consulted to a doctor to avoid any serious consequences.

One serious life-threatening consequence of an overdose of calcium supplements is a milk-alkali syndrome.

In this disease, the increased calcium amounts in the body shift the pH balance of the body towards alkaline that causes kidney failure and death.

Several pregnant ladies have been through this life-threatening condition due to an overdose of calcium supplement, taken to reduce heartburns and treat calcium deficiencies.

Long-term calcium intake can also cause kidney stones especially in susceptible patients and thus precautions should be taken regarding the dosage of these drugs.

The doctor should always be informed about any kind of allergy, stones, parallel medications going on and pregnancy before the drug is prescribed.

Calcium supplements are the first line of treatments with patients having low-level heartburns or occasional acid refluxes.

They work on the gut to increase the pH, digestion and oesophageal motility, thereby reducing heartburns effectively.

However, they are not suitable for treatment of chronic heartburns or GERD, nor should they be taken for longer periods as they can have serious health consequences.

Limited consumption of these antacids can work miracles, but if not, a doctor should be consulted immediately.

Heartburn / GERD in Infants : Should You be Concerned?
H2 Antagonists And Heartburn
Baking Soda for Heartburn Treatment - Any Good?
Heartburn and Heart Attack : How They are Different