Heartburn is a painful burning sensation experienced in the chest or upper stomach due to the reflux of acid from the stomach to the oesophagus.

It generally occurs due to poor diet, improper lifestyle, obesity and indigestion.

All these common phenomena and sometimes a particular disease trigger the relaxation of the lower oesophageal sphincter (LES) muscle which opens up the way for acid to flow up.

Though heartburn is a common disorder and can be treated easily by using simple medications and natural therapies, its negligence can lead to a complex and more problematic ailment called Gastro oesophageal reflux disease ( GERD).

Heartburn is a common problem arising usually during the second and third trimester of pregnancy.

It can occur even in women who have never experienced heartburn before. For those who have observed indigestion and acid reflux normally, heartburn is more prone to occur during pregnancy.

It has been estimated that 80% of women experience heartburn during pregnancy which adds up to the symptoms of nausea and vomiting.

Although the exact reasons for increased heartburn during pregnancy are not known, it has been studied that the hormonal fluctuations play a major role here.

During pregnancy, a number of hormones are up-regulated and one of the most important of these is progesterone.

Hormones cause the relaxation of lower oesophageal sphincter which normally should stay tight to avoid acid reflux.

This causes the partially digested food and acids to flow back up and cause frequent heartburn.

There are certain food items and practices that make heartburn worse during pregnancy. Spicy foods, greasy foods, fatty foods are known to make acid reflux symptoms worse due to indigestion.

Also, overeating or eating just before sleep also causes enhanced heartburns during pregnancy. Coffee, soda and other caffeinated items are generally known to relax the sphincter muscle and they show a similar effect in pregnancy as well, increasing acid reflux. 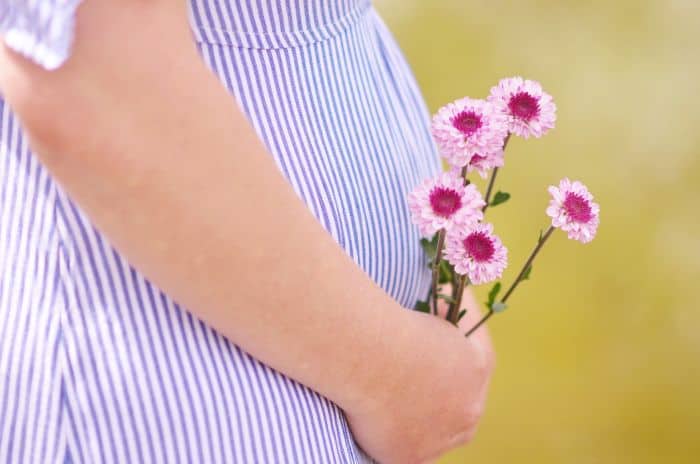 Management of heartburn in pregnancy is a bit more difficult than in normal conditions because medications such as antacids, proton pump inhibitors, natural herbs, and other acid reducers may pose unwanted threats to the baby or the expecting mother.

It is unwise to take any kind of natural or allopathic medication during pregnancy without prescription. However, some of the common practices may be followed but with the high amount of precautions.

Given below is a list of some common food items to be avoided to prevent heartburn and a number of things that are followed normally to reduce heartburn that ought to be avoided during pregnancy.

Please do consult a doctor before taking anything which is new or you feel uncomfortable taking. This is very important.

though baking soda and other antacids are considered safe to take for heartburn relief during pregnancy, they may make conditions worse if the patient has edema (swelling due to the accumulation of fluids in the body).

Edema is the reason why some people have prescribed a low sodium diet and baking soda/antacids contain sodium which may worsen the condition despite relieving heartburn.

Thus it is always advised to consult a doctor before taking antacids in pregnancy.

Bromelain is an enzyme obtained from pineapple.

Though small amounts of pineapple are considered safe for consumption during pregnancy, large enough amounts are known to cause contractions and early labors which is why it is best to stay away from pineapples and any pineapple product such as bromelain during pregnancy.

Also, not much is studied about the effects of bromelain use during pregnancy and it is best to avoid it during such period to prevent any complications.

ginger root tea if taken in small amounts during the early weeks of pregnancy is known to relieve nausea, vomiting, and indigestion.

It cures heartburn in patients who are not pregnant and may show similar effects during pregnancy too, however, it is considered unsafe for the expecting mother’s health to consume ginger root in excess amounts and during later months of pregnancy.

Reports suggest that its consumption during later months of gestation may increase incidences of bleeding.

It is an excellent natural food item to relieve indigestion and heartburn, but only in people who are far from being pregnant.

These findings strictly warn against the use of this product during gestation.

a combination of Arginine and ascorbic acid (Vitamin C) has been shown to be effective for relieving heartburns but not during pregnancy.

The maximum amounts allowed with a prescription of vitamin C during gestation is 1800-2000 mg daily, however, intake of this vitamin via tablets should be strictly avoided during such time because, in high amounts, it is known to induce abortions or causing harm to the baby and the mother both.

Roman chamomile, which is fine to take otherwise to relieve heartburns, is strictly not advised during pregnancy and certainly not without a prescription because it is known to cause miscarriages and abortions.

Thus it is best to avoid it during gestation and breastfeeding to stay away from any complications.

Though Angelica tea relieves heartburn normally, its safety and effects are not well studied during pregnancy and breastfeeding.

Thus it is better to be on the safer side and avoid it during gestation.

If necessary, a doctor’s advice should be taken before its consumption to avoid any complications.

However, studies show that though fully ripe papaya may not be a potential threat during pregnancy, consumption of unripe or moderately ripe papaya can cause abortions.

This is due to the increased amounts of latex present in unripe papayas that is known to cause uterine contractions. Thus, papaya should be avoided during pregnancy..

Slippery elm tea is good for heartburn treatment otherwise but there has been a lack of consensus for its use during pregnancy.

Some researchers have shown that it is safe to consume during gestation but others claim that it causes miscarriages.

Thus, it is better to be safe and avoid slippery elm consumption during such time to stay away from unwanted complications .

Caffeine is a common ingredient in coffee, tea, chocolates and some other food items.

It is well known that caffeine can cause heartburns and this effect can significantly increase during pregnancy.

Not just that, caffeine can result in babies having a low birth weight which can lead to further health complications in life.

The maximum intake of caffeine during pregnancy should be no more than 200 mg per day.

Fatty foods and greasy foods are generally known to cause indigestion and heartburn, an effect, which is intensified during pregnancy.

Oily fishes and soft cheese are best avoided during pregnancy because not only that they cause increased heartburn during pregnancy, but they can lead to obesity and other complications during this sensitive period .

There are a number of food items, diet modifications and lifestyle improvements that can help alleviate heartburn during pregnancy.

Low fat milk is easier to digest and thus doesn’t pose any threats for indigestion to occur as well .

2. Raising the head of the bed: doing this helps keep the upper part of the body at an elevated level and thus prevents acids from refluxing up during sleep.

3. Avoid eating before sleep or vigorous exercise: eating just before sleep time of exercising is really harmful. It can cause increased heartburns and other digestion problems not just during pregnancy but in normal conditions as well.

The effects of such ill lifestyle practices are enhanced during gestation which is why sleeping or exercising immediately after meals should be avoided.

Drinking fluids with meals not only increases the amounts of food in the stomach but also hampers digestion causing the probability of reflux to get higher .

Eating healthy and during such time definitely eases the reflux problems and makes those nine months easier not just for the mother but for the baby as well .

Eating a large meal easily causes indigestion and thus heartburn but eating smaller meals spread throughout the day not only makes it easier for the stomach to digest faster, it also prevents heartburns and other digestive problems .

7. Wear loose fitting clothes: during pregnancy, the stomach is pressurized by the baby, by the increased digestion that it has to perform and by the tight clothes that are worn normally.

8. Cucumber/Cucumber juice: a cucumber is a healthy option for providing relief from heartburn. It serves as a coolant and a buffering agent in the stomach, apart from providing proper hydration and nutrition.

All these factors increase the incidences of heartburn and its severity too. Thus, tight clothes should be best avoided during gestation to help relieve heartburns .

Heartburn is a common problem faced by a most pregnant woman.

There are several natural and allopathic remedies for heartburn available in the market and those practiced traditionally.

However, such medications without prescription can prove harmful during pregnancy as the effect of each of these therapies might be different on the baby and on the expecting mother’s body due to certain physiological and hormonal differences as compared to normal individuals.

Thus, it is strictly advised to avoid taking any heartburn relief medications without prescription during pregnancy.

It is always better to follow a healthy diet and a proper lifestyle to reduce the incidences of reflux during such time.