Heartburn is a common physiological condition of the upper stomach and the oesophagus where the reflux of acid and other stomach contents cause a painful burning sensation.

This reflux is caused due to the relaxation or decrease in pressure of the lower oesophageal sphincter (LES) triggered usually by poor diet and lifestyle.

Though heartburn is experienced by most people by the time of their adulthood and is easily treated, its ignorance can lead to a chronic condition called gastro-oesophageal reflux disease (GERD) which is rather difficult to treat and involves more complications.

Artemisia absinthium or common wormwood is a most famous ingredient of an alcoholic drink by the name Absinthe.

Wormwood is a semi-woody, clump-forming perennial, native to parts of Europe and Asia.

It is a highly toxic plant and no part of this plant is to be ingested directly.

Its preparations are made in a controlled manner to reduce its toxicity and enhance its flavoring properties.

It has been reported that because of its toxicity, it has become an effective insect repellent and its leaves can be directly rubbed on the skin to prevent insect bites.

Besides its common use as a flavoring agent, wormwood has long been used for medicinal purposes.

A reputed ability to kill the intestinal worms gave this plant its name.

The common wormwood is a relative of sweet wormwood which is a derivative of an anti-malarial drug Artimisinin.

The most common use of wormwood today is to treat Crohn’s disease, an inflammatory condition of the intestines.

Despite its success in treating these disorders, there has been no meaningful scientific evidence given on the effectiveness of wormwood. Its oil has been suggested to have antifungal, antibacterial and anti-parasitic properties.

Note that this does not mean that wormwood oil is an antibiotic.

Antibiotics are those compounds which can be ingested directly to kill internal microorganisms.

It is more of an antiseptic agent for topical applications because it is potentially toxic if ingested directly.

However, its alcoholic extracts have been shown to be liver protective in action. Given below are some of the mechanisms of alleviation of heartburn by wormwood. 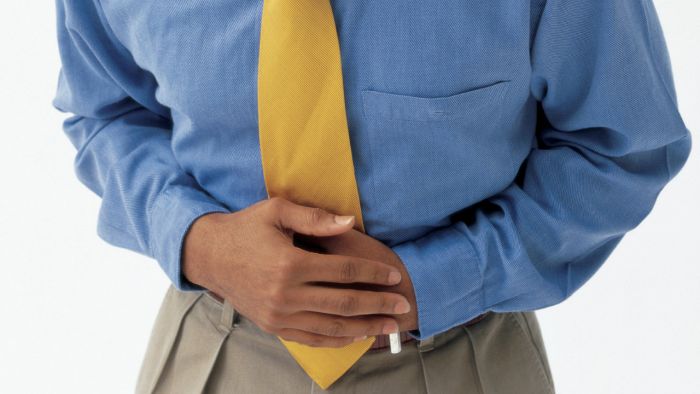 Poor digestion is a major cause of heartburn and acid refluxes.

Due to low digestibility of food, it stays longer in the stomach which causes the relaxation of the lower oesophageal sphincter which causes the backflow of the acid, responsible for heartburn.

A study done on sheep showed that ingestion of wormwood increased the production of digestive acids in the stomach, causing increased food intake, appetite, digestibility and lower food transition time in the stomach

Research was done on how bitter herbs like wormwood indicates the mechanism of improved digestion via the activation of taste buds and cells in the gut that controls digestion.

The bitter taste is sensed by a number of receptors called TAS1R and TAS2R.

These receptors are present on various cells starting from the oral cavity to the end of the gut in the large intestine.

The bitter herbs like wormwood contain certain active compounds which bind to the TAS receptors to activate the G protein coupled receptor response, one of the major types of response receptors in the body.

This in turn activates the cells on which these receptors are present.

These cells when activated secrete the respective chemicals and digestive compounds which increase the digestive capability of the gut exponentially.

Research done on Crohn’s disease has shown that wormwood is effective in decreasing inflammation.

Inflammation is the post effect of acid reflux which gives way to ulcers and bruising, causing pain.

Wormwood has been demonstrated to reduce the levels of pro-inflammatory cytokines like Tumor Necrosis Factor-alpha (TNF-) in the blood serum which ultimately reduces the inflammatory responses of the immune cells, ultimately ameliorating inflammation and pain.

Hypochlorhydria is a condition where the secretion of gastric acids and intestinal juices are reduced, causing an increase in the pH of the stomach and lowering the digestion efficacy.

This in turn, becomes another cause of heartburn as low acid contents too can’t digest food properly, causing reflux and pain.

Bitter herbs like wormwood have been shown to treat low acid conditions by increasing the secretion of gastric juices along with the increase in the production of intestinal fluids, thereby linearly increasing digestion.

This is directly useful in preventing and reducing the symptoms of heartburn and dyspepsia.

Upper gastrointestinal pain and bloating is caused due to low digestibility of food and heartburns.

This also decreases appetite and increases the chances of ulceration, inflammation and internal bleeding.

Lomatol drops; an herbal mixture made of Caraway, fennel and wormwood was used in a controlled randomized trial where its effects were tested for upper gastrointestinal pain and bloating.

Results clearly indicated that as compared to placebo and other herbs, lomatol drops significantly reduced the upper stomach pains and induced relaxations , .

A randomized study done on Crohn’s disease revealed that a herbal blend containing 500mg wormwood, administered orally, 3 times a day relieved the discomfort caused due to the disease as compared to placebo.

Also, the effect of wormwood was better than the medication given for Crohn’s disease without any side effects.

Since there are no official scientific studies done on the effect of wormwood to treat heartburns, the dose of 300mg three times a day can be followed without consultation safely.

Traditionally, 3 cups of wormwood tea, made by steeping 2.5 to 3 grams of wormwood stems in hot water is taken to reduce acid refluxes and to keep the gut healthy .

In general, most studies on gastrointestinal tract with wormwood have used a mixture of bitter herbal products for experimentation.

The bottle available in a 50mL preparation was used in a study, indicated to take by dissolving 25 drops in water, 20 minutes after each meal in a study.

The results indicated a significant decrease in pain, nausea, heartburn, gastrospasms and retching.

The herbal mixture was shown to be better tolerated with all groups of subjects, with low or no side effects as compared to the chemical drug . Wormwood oil should never be ingested as it is potentially toxic.

It is only meant for topical applications due to its antiseptic properties.

Wormwood containing medications, supplements and tea, which are meant to be consumed, should never be taken for more than 4 weeks without prescription or supervision .

Possible Side Effects and Precautions

There are a number of unsolved questions about wormwood consumption.

Historically, it was believed to cause sleeplessness, anxiety, tremors, hallucinations, vertigo and seizures, classic symptoms of a mental disorder called “absinthism”.

These effects were attributed to a chemical called Thujone, present in wormwood.

However, research on the plant showed that wormwood contains extremely low amounts of thujone and the above mentioned symptoms are caused due to extreme alcohol consumption as the drink absinthe contains a high amount of spirit compared to normal other alcoholic drinks.

Furthermore, research has failed to find any sufficient evidence regarding the toxicity of wormwood on animal subjects.

Despite the research, wormwood is still considered toxic and unless proper research on human subjects is done, its consumption should be maintained limited and supervised.

Also, wormwood essential oil contains much higher levels of thujone which explains the fact that it is extremely toxic as compared to other herbal preparations of this plant.

Wormwood is a poorly researched but an effective herb to treat gastric problems including heartburn.

Its commercial preparation in conjunction with other bitter herbs, called Lomatol is safer to use for a few weeks to alleviate heartburn.

However, it is extremely toxic if consumed out of limits and without supervision, which is why it is strictly advised to consult the pharmacist or a medical practitioner before taking it.

If still taken without a prescription, its direct consumption should be avoided and commercially prepared tablets like lomatol should be preferred for controlled dosage, as instructed on the label.

READ THIS NEXT -
High Potassium Foods and Heartburn
What is Best Sleeping Position for Heartburn?
Why Vinegar Helps in Heartburn - Fact Based Investigation
6 Ways Peppermint Can Help in Heartburn