Heartburn is a physiological condition in which there is a painful burning sensation in the chest which is not related to heart but caused due to the reflux of acid back into the oesophagus.

This reflux is a result of relaxation or malfunctioning of the lower oesophageal sphincter muscle, which allows the passage of stomach contents into the oesophagus.

Heartburn is usually a result of poor diet and lifestyle but can occur due to other pathological conditions too. If left untreated, it can lead to its chronic form, gastro-oesophageal reflux disease or GERD. 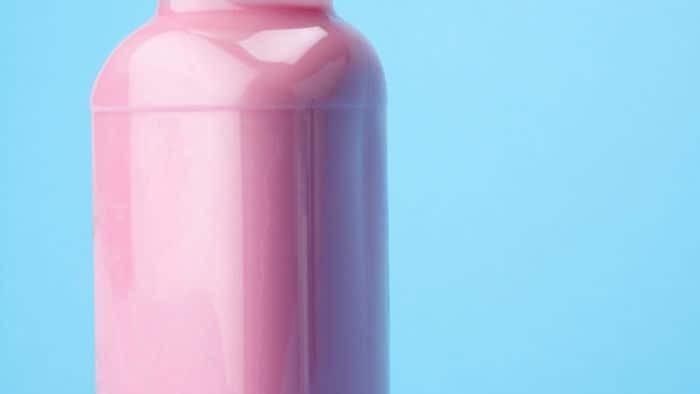 Aluminum hydroxide is a common over the counter drug available across the globe to treat heartburn and various other stomach and kidney disorders such as ulcers and gas.

It can be found in medicines that contain more than an active antacid ingredient.

This comes generally in liquid compositions and thus is better than tablets/capsules because it works faster than the latter.

Aluminum hydroxide is taken alone or in combination with different GERD drugs like H2 blockers, proton pump inhibitor etc. as it does not prevent acid production.

So it is suitable for preliminary treatment of heartburn only if used alone.

Given below are some of the mechanisms by which Aluminum hydroxide acts to reduce heartburn.

1. Increase in pH of the stomach

Aluminum hydroxide effectively increases the pH of both stomach and oesophagus after ingestion.

In general, most antacids like calcium carbonate can only increase the pH of oesophagus for a small amount of time but do not show any efficacy in the stomach.

Aluminum hydroxide, on the other hand, increases the pH of not only the oesophagus, but also of the stomach, and for a longer time as compared to carbonates, which makes them more efficient antacids and heartburn relief agents .

Gastrin is a stomach hormone that stimulates the secretion of gastric acid or HCL.

It also has a growth-promoting role on the gastric mucosa.

Gastric mucosa is a prime factor to protect the stomach and the other parts of the gut from the acid secretion .

It has been shown that gastrin release in the stomach after acidification reduces which in turn reduces the efficiency of digestion.

Experiments have suggested that when the stomach is alkalized, the gastrin receptors become active again to release gastrin, even more, to stimulate acid production and hence promote effective digestion.

This is in response to a change in the gastric environment which is supposed to be acidic all the time.

Since aluminum hydroxide increases the pH, the gastric release is stimulated, promoting digestion and growth of the mucosal lining, which reduces heartburn overall, and the damages caused by it.

LES or lower oesophageal sphincter muscle is a prime factor in preventing the acid flow from the stomach to the oesophagus.

When the pressure on this muscle is decreased, it relaxes and gives way to the backflow of the stomach contents into the oesophagus causing heartburn. Gastrin is a major effector hormone that controls the pressure of the LES.

When gastrin secretion is low, as caused by the desensitization of gastrin receptors due to a constant acidic environment, the pressure on the LES decreases and the acid refluxes back.

However, it has been shown that Aluminum hydroxide changes the gastric environment, preventing the desensitization of the gastrin receptors which in turn stimulates more gastrin secretion.

This gastrin causes increase in the pressure on the LES which then closes tightly and doesn’t allow the acid to flow back, preventing heartburns.

How to Take Aluminum Hydroxide

Aluminum hydroxide is widely available in the drug stores as OTC medication.

It is mostly available in syrup formulation which makes it more effective.

Usually, it is considered safe to consume if all the instruction, stated by the medication manufacturer are followed.

However, it is best to consult a doctor before taking any kind of medication for a chronic disorder or if any other sort of medication is already being taken by the patient.

Aluminum hydroxide is considered safe during pregnancy as well provided there are no other medicines taken at that time.

However, it shouldn’t be taken for more than two weeks without prescription, especially if there is no positive effect of the medication or there is any kind of side effect or allergy which is not normally stated in the instructions of the medication .

It is also important to keep a list of all the drugs both prescribed and OTC including any dietary supplements and vitamins/minerals.

In such a case, a doctor should be consulted to make sure none of the other prescribed drugs react with Aluminum hydroxide being taken for heartburn.

Also, some people might be allergic to it, so all the sensitivities and allergies should be beforehand informed to the doctor.

Any dietary instructions should also be confirmed by the doctor before the consumption of this medication.

In case if a dose is missed, it shouldn’t be compensated by taking a double dose the next time or to take the missed dose at an un-prescribed timing.

It is advisable to leave the skipped dose and proceed with the normal dose at the prescribed timing normally or to consult a doctor if the medication is being taken with other chronic GERD drugs.

This OTC medication is widely available by many pharmaceutical companies, by the names of Alternagel®, AluCap®, AluTab®, Amphojel®, Alamag® and many more.

All these drugs do not contain just Aluminum hydroxide but a mixture of Aluminum and magnesium hydroxide in various ratios, to increase its efficacy to treat preliminary cases of heartburn.

Some other drugs might contain other antacids too in combination to the ones stated above while some could contain drugs like proton pump inhibitors, used to treat chronic GERD.

Thus, the composition should always be checked before purchasing the drug over the counter or without prescription.

The side effects of this drug are mentioned in the directions given by the manufacturer. These generally include diarrhoea, constipation, and loss of appetite, weakness, and tiredness.

Any other side effect such as allergy hives, fever, rectal bleeding or worse should be immediately reported and the consumption should be stopped.

The drug is known to react with certain antibiotics, vitamins, ketoconazole, and other chemicals. It also reduces the absorption of certain drugs in the stomach, making them less efficient. So no drug should be taken in combination with Aluminum hydroxide unless prescribed by the doctor.

Aluminum hydroxide is also known to affect the phosphate levels in the body so it should strictly never be taken without prescription by kidney patients.

Aluminum hydroxide is an effective antacid, providing immediate relief from heartburn for a longer time.

In general, its consumption is safe for adults and pregnant women provided it is not combined with any other drug or in any other disorder without prescription.

Directions for use provided by the manufacturer are always to be taken care of before consumption for better and problem-less treatment of low-level heartburns.

In case of chronic GERD or prolonged acid reflux, a doctor should always be consulted.