Heartburn is a painful burning sensation in the chest due to the inflammation and acid reflux from the stomach to oesophagus.

It occurs because the lower oesophageal sphincter or LES muscle pressure decreases or it relaxes, giving way for the backflow of stomach contents.

The physiological reasons for acid reflux are poor diet and lifestyle but there can be other reasons too.

Heartburn is a very common gastrointestinal tract disorder and can be easily treated with diet, home remedies, and lifestyle changes but its ignorance can lead to a chronic form, GERD which can need additional treatment.

Melatonin is a hormone synthesized by the pineal gland, naturally in the body.

It is involved in the regulation of the sleep cycle and the body clock by maintaining the body’s circadian rhythm.

The circadian rhythm is the internal 24-hour body clock which is regulated when we sleep and when we wake up.

When it is light, melatonin production drops and when it gets dark around us, the level of melatonin rises in the body, inducing sleep.

Melatonin plays an important function in not just sleep regulation but in other hormonal regulation too.

It has been shown to influence female development through estrogen and progesterone stimulation, sunburn, aging, gastrointestinal health, and cancer.

The plausible mechanism hypothesized for its action in several distinct body functions is by stimulation of the neurons. 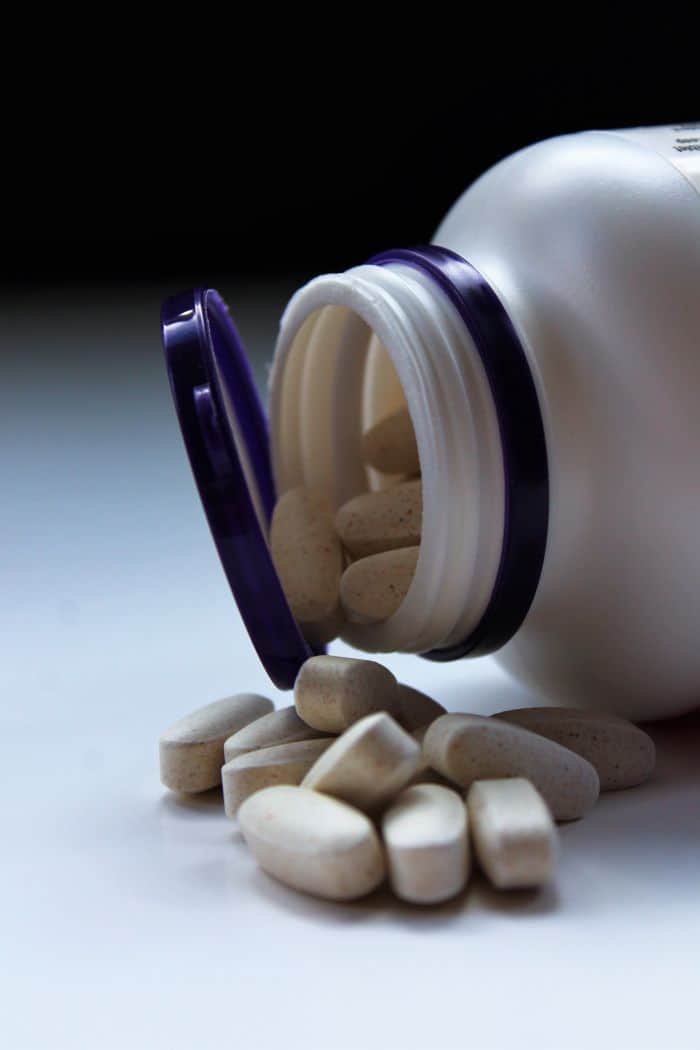 Melatonin, as stated before is proved to be beneficial for the maintenance of gastrointestinal health.

The earliest experiments were performed to report its effectiveness in treating irritable bowel syndrome.

This gave a cue to the therapists for its use in other gastric problems aid, which proved to be successful in the majority of the gastric disorders, including heartburn and GERD.

The amount of hormone apparently is controlled by the level of nutrition present in the gut to be digested and the composition of ingested food as its secretion is stimulated more by some nutrients as compared to others.

In GERD, one of the major effectors of acid secretion and reflux is the oesophageal wall, which gets damaged due to prolonged acid exposure, leading to oesophageal mucosa erosion, ulcers, inflammation, and even cancer.

This exposure to acids also activates the immune system in response to local injury, producing reactive oxygen and nitrogen species to fight with the microbial attack.

These reactive oxygen species are known to combat not just foreign antigen attack and injury but to damage the self tissue more than healing it.

One of the hypotheses given for melatonin’s mechanism of action is that it protects the mucosal layer from oxidative damage caused by the reactive oxygen species and reduces the ulceration of the gut wall, thus acting as an antioxidant.

Melatonin has been shown to induce the secretion of gastric mucosa against the action of mucosal damaging agents in an experiment.

It performs this action by acting as a substrate to the gastric wall cell receptors and subsequently stimulate the synthesis of the gastro-protective hormones and the mucus, exerting a direct defensive action on the gut epithelium and enhancing sub-mucosal blood flow to prevent damage induced by pro inflammatory agents.

Treatment with melatonin also reduces the severity of the inflammation suggesting its role as an anti inflammatory agent.

Thus it can be an important alternative treatment for protection of gut wall from the acid reflux, reducing heartburns and GERD.

Stress plays an important role in development and exacerbations of the symptoms of heartburn by decreasing the LES pressure and relaxing it, increasing the retention time of food in the stomach and inducing vital lethargy .

An experiment with stress induced gastric ulcers in rats and melatonin has shown that melatonin significantly (83%) reduced gastric lesions in the severe stress affected rats by stimulating the nervous system.

Clinical trials on humans also have shown similar results and many more explanations are being given for the action of melatonin in the gut but the baseline remains the same; melatonin reduces stress via stimulation of the nervous system and thus indirectly reduces stress induced gastric problems, including heartburn .

3. Induction of gastrin release by melatonin

Gastrin is a digestive hormone which stimulates digestion, decreases retention time of food in the stomach and increases the stability of bowel movements.

It has a potential role in GERD and heartburn management as better digestion and less food retention time decreases the acid secretion time, simultaneously reducing the probability of acid reflux.

Melatonin has been shown to increase the gastrin levels in the stomach which is proposed to be another mechanism by which melatonin acts to pacify the gut and maintain gastro intestinal health .

4. Inhibition of stomach acid by melatonin

The main culprit of acid reflux, HCL along with pepsin, an enzyme which stimulates pepsin in a cooperative manner, is inhibited by melatonin.

In an experiment, it was demonstrated that acid secretion, even in the absence of food is yet another cause of heartburn, which is inhibited by melatonin in the gut, to keep it safe from acid exposure, damage and heartburn .

5. Reduction in Prostaglandins by melatonin

Prostaglandins are a group of fatty acid containing hormones that are activated by the enzyme cyclo-oxygenase (COX) and induce pain and inflammation along with relaxing the smooth muscle. Aspirin and other pain killers target prostaglandins to relieve pain.

It has been shown in a study that melatonin inhibits lesion/ulcer and inflammation induced prostaglandin secretion thereby reducing the pain caused by acid reflux.

It alleviates the painful burning sensation by deactivating the COX enzyme system through nervous action, to reduce the production of prostaglandins in the stomach and oesophagus.

Ordinarily, the prescribed safe dosage of melatonin, which is also effective for GERD treatment if 3-6 mg/day for 4-8 weeks.

There are no specific recommendations and doses for the administration of melatonin. Different people will have different effects to various concentration of this drug.

Some people might find it effective at extremely low concentrations and high concentrations might bring in side effects such as anxiety and irritability to them.

It has been found that nighttime administration of 6 mg melatonin with water per day for 4 weeks, with other supplements such as vitamin B, tryptophan and folic acid (which also reduce inflammation and ulceration due to acid) reduces the symptoms of heartburn efficiently with little or no side effects.

The best approach to take melatonin without prescription is to start with the lowest dose possible (<0.3 mg) and monitor the effects, both therapeutic and allergic.

Once it has been established that there are no allergies to it but the current dose isn’t effective therapeutically, it should be slowly increased till it is effective and the maximum dose should never exceed 6 mg/day.

If this is also not effective, it doctor should be consulted for increased dosage or alternative therapy.

For children and infants, it should never be given without prescription as it may cause seizures.

On the whole, it is always advised to take melatonin or any other drug only after consultation with the physician and after checking all the allergies and susceptibilities to the therapy to avoid any extra discomfort.

Precautions and side effects

Melatonin in most of the experiments done till date has shown little or no side effect for both lowest and highest tolerable doses.

However, it has only been tested for short-term safety and not the long-term effects.

The possible but rare side effects caused due to melatonin include drowsiness, mood swings, vomiting and headache.

It is also however stated by the researchers that long-term consumption of high doses of melatonin can cause dementia and seizures.

Other than these rare effects, there are no reported side effects for any kind of controlled and prescribed dose which might need to be brought into attention.

Precautions, like any other drug, include consumption only after consultation with a doctor to avoid any future problems.

Melatonin is a multi-potent hormone, involved not just in the regulation of the body clock but in several other body functions including maintenance of gastrointestinal health.

It works to ameliorate heartburn by relaxing the gut, increasing mucosal blood flow, exerting anti-inflammatory and antioxidant effects on the oesophagus wall, and stimulating digestion by gastrin secretion.

Melatonin till date is considered safe to consume in prescribed concentrations without any side effects and can be regarded as a potent heartburn alternative therapy for the future.

READ THIS NEXT -
10 Signs Indicating That You May Have Heartburn
5 Ways Aloe Vera Can Help in Heartburn
Heartburn / GERD in Infants : Should You be Concerned?
Electroacupuncture for Heartburn - Does it Help?

Massage / Relaxation Benefits in Heartburn
Proton Pump Inhibitors For Heartburn: What & How They Work?
Bromelain and Heartburn - Does it Help?
26 Effective Ways to Treat Heartburn at Home