Heartburn is a medical condition that arises when the acid in the stomach rises up, back in the oesophagus. Contrary to what the name suggests, it has nothing to do with the heart.

It is a relatively common problem, being faced by majority of adults occasionally, as a result of unhealthy diet and lifestyle; however, there could be other causes for it too.

The disease occurs when the stomach sphincter muscle which guards the food in the stomach and prevents its backflow becomes defective and gives way to the acid to come back up.

Though heartburn is a petit ailment, it can turn into its more severe form called Gastro Intestinal Oesophageal Disease (GERD) or chronic heartburn, which can damage stomach walls, oesophagus, decaying of teeth majorly, among several other problems.

As stated earlier, the most common form of heartburn is caused due to improper diet and lifestyle.

The food that we eat has a large impact on our gut and decides if our gut stays healthy or succumbs to diseases.

It is thus really important to know what is our body type and what foods suit us, simultaneously taking care to avoid an excess of those which are well known to trigger of promoting gut ailments such as heartburn.

Below given is the list of most common heartburn promoting foods, which if taken in excess or for some people with sensitive guts, taken even in small amounts can trigger heartburns.

Alcohol especially Wine is one of the major inducers of heartburn attacks. Alcohol relaxes the Sphincter muscle in the stomach and increases the risk of acid reflux.

If alcohol is taken along with a heavy diet, it causes even more distress as the full stomach tries to push away the food and acid which due to losing sphincter goes up instead of going down the intestines and causes heartburns.

Alcohol is also a major acid inducer in the stomach thereby increasing the risk of reflux.

Spicy foods like pepper and chilli are known to relax the sphincter muscle, plus it takes a lot more time and acid to digest them.

The relaxed sphincter muscle as in alcohol allows the acid to reflux back up and cause heartburn.

The people more tolerant of spices can take it in limited amounts to prevent the incidences of heartburns and the ones who are more sensitive towards spices should take miler substitute of the same .

Fried food or fatty foods take very long time to get digested and have a very low or no fiber content that speeds up the digestion.

Thus oily/fried/fatty food is an absolute no for maintaining good health.

Since fatty and fried food takes a lot more time to get digested, it pressurizes the stomach and the sphincter muscle which opens up and causes acid reflux.

Long term exposure of the stomach to fatty foods can cause the sphincter muscle to get damaged and cause severe heartburn which is GERD .

Though generally considered healthy, citrus fruits can promote heartburn in patients with a susceptible gut or if taken in excess.

Since citrus fruits and juices contain acids, they are likely to increase the acids in the stomach and if the sphincter muscle is weak, acid reflux occurs.

Also, it is a common practice of lying down after meals.

The acidic fruits and juices can cause reflux more often if the person lies down immediately after consumption as the stomach pressure is free of gravitational force while lying down , .

Tomatoes are a major ingredient of curry, condiments like ketchup and salsa.

They are rich in acids and therefore likely to cause heartburn, especially during night time when most people just lay down after a heavy meal prepared in tomatoes.

It has well been known and postulated that mint relaxes the lower oesophageal sphincter muscle if taken in high doses and causes acid reflux.

Recent research, however, has found that while mint does cause mucosal inflammation and heartburn, if consumed in high doses, it has little to do with relaxation of the sphincter muscle.

Research is being done currently to find out the probable mechanism of action of mint to cause heartburn.

Coffee apart from inducing gallstones has apparently other effects too, and the most prominent one is heartburn.

More than 60% of the people in general, taking coffee regularly complain about the problem of heartburn.

Several pieces of research show that caffeine content in coffee relaxes the sphincter muscle in the stomach and induces gastrin and gastric acid secretion that work together to trigger acid reflux. 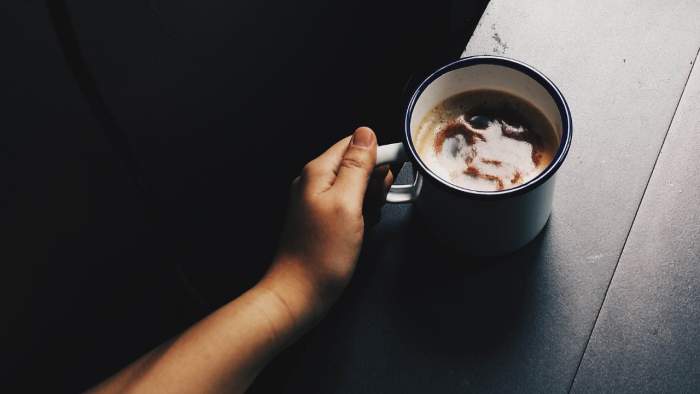 Cheese is naturally high in fat. High fat can slow down and delay digestion and put pressure on the stomach, especially on the lower oesophageal sphincter.

Since cheese delays, the emptying of stomach contents, acids, and semi-digested foods persist there for a long time and can reflux back in the oesophagus to cause heartburn.

Low-fat cheese like cottage cheese and ricotta is a little less harmful than high-fat cheese, but any kind of cheese, low fat or high fat, if combined in sauces can create havoc because the cheesy sauces also contain high amounts of cream and butter.

Carbonated drinks are well known to promote symptoms of GERD and heartburn.

However, a compiled review of all these studies suggests that though carbonated drinks do cause heartburn and GERD, it is still not clear if it really damages the oesophageal wall or relaxes the sphincter muscle.

Nevertheless, carbonated drinks when combined with other heartburn causing foods can work to exacerbate the problem .

Chocolate, though is a treat for every person, can cause heartburns by decreasing the pressure on the lower oesophageal sphincter muscle and letting the acid creep up.

Apart from this, it is also known to be a natural relaxant, causing the releasing of pleasure hormones in the body, all of which relax the muscles which also includes the sphincter muscle.

Chocolate consumption by pregnant ladies is shown to promote high incidence of heartburn because, in such a condition, the sphincter muscle is already susceptible to the pressurizing uterus that worsens acid refluxes.

Chocolate thus should be taken in moderate amounts in general or in low amounts by people who are more prone to having GERD.

Garlic is known for its healing properties but it can create havoc when used in wrong conditions and in excessive amounts.

Garlic can cause blistering and increase the acids in the stomach. It also relaxes the sphincter muscle. A relative of garlic, onion works just the same.

People consuming an excess of onions have been shown to complain about heartburns more often as compared to those who consumed onions in limited or negligible amounts.

Both onion and garlic cause flatulence, mucosal irritation, sphincter relaxation and a significant lowering of stomach pH that collectively cause acid reflux and heartburns.

They have already been shown to worsen the problem of heartburn pertaining to their indigestible nature and persistence in the stomach to induce acid secretion, increase in pressure and reflux of acid back in the oesophagus.

Milk products such as high-fat milk, butter, and cream are particularly hazardous.

In some cases, however, ingestion of cold low-fat milk has been reported to alleviate heartburn. Also, low-lactose milk is found to be a good substitute of milk which reduces the common incidences of heartburn upon daily consumption.

Meat is also high in fat content and a common food item in western culture.

Fatty Meat in popular culture is known to produce or exacerbate heat in the gut which can be correlated with the occurrence of heartburns.

Though there has been a little research on how meat increases heartburns, it is well known to correlate with the fact that it is high in fat content which again, like oily foods takes a longer time to get digested and increases the acid secretion, thereby causing heartburns.

It is of human nature to follow the tongue, as whatever tastes good to it, rules the mind and thus our actions, directing us to consume uncontrollably, such taste buds satisfying foods.

However, anything consumed unchecked is deleterious to health, and so is implied by research in case of heartburns which clearly states that overconsumption of certain fatty and acidic foods could be marked by an increase in heartburn incidences.

Also, it is imperative for a healthy lifestyle to know what suits the body and thus regulating the diet according to it, not according to what our taste buds fancy.

For the people with sensitive and susceptible gut, such heartburn triggering foods can be substituted with the milder versions of the same.

Most of the above-mentioned food items that increase heartburn are high in fat content and the others are acidic in nature.

It can thus be inferred from this observation that fatty foods, oily foods, spices, acidic beverages and unlimited consumption of even healthy fruit juices can lead to heartburn and GERD if kept unchecked.

Benefits of Dandelion in Heartburn
19 Ways to Avoid Heartburn During Pregnancy
Can Calcium Supplements Help in Heartburn?
5 Ways Ginger Can Help You in Heartburn [Science Backed]