Heartburn is a painful burning sensation experienced in the chest or upper stomach below the breast bone due to the reflux of stomach acid into the oesophagus.

The reflux is caused as a result of the relaxation of the lower oesophageal sphincter (LES) muscle which is supposed to stay taut and at the stomach entrance by not allowing the stomach contents to flow backward.

The relaxation of this muscle is, in turn, triggered usually by poor diet, unhealthy lifestyle, obesity, smoking, alcohol consumption, and other pathological or physiological conditions.

Surgery is often performed as a last resort when no medications work to provide enough relief from heartburn or rather GERD.

Heartburn is easy to cure and is often occasional but its persistence along with other grave symptoms indicates gastro-oesophageal reflux disease which needs complex doses of medications to cure.

However, some people cannot find relief from one or a combination of such medications because of several reasons that worsen the effects of GERD.

These include a hiatal hernia in which a part of the stomach sticks out in the oesophagus that allows the acid to reflux back.

Another reason could be the firmness of sphincter muscle, which sometimes does not naturally close properly enough due to which there is continuous reflux of acid and other stomach contents in the oesophagus causing heartburn.

Before the surgery, the doctor prescribes certain low-level medications and lifestyle changes followed by complex drugs such as PPI’s, histamine blockers etc. An option for surgery is offered when –

These causes of GERD cannot simply be treated with medications and demand surgical options to provide permanent relief from the disorder.

Another newly introduced surgical method uses endoscopy which does not involve any cuts and thus is not literally a surgery, but is included in the list of surgical methods available.

There are two major methods employed for a fundoplication surgery – open repair and laproscopic repair.

The process of fundoplication is performed using either of the two.

The open repair is an old method and its use has been limited to some special conditions recently whereas the laproscopic repair is now most widely used for most surgical practices across the world.

this is done by making a large cut in the belly for performing the surgical operations of fundoplication.

The surgeon may insert a large tube in the stomach to keep it well in place after the procedure which is removed after about a week of surgery.

in this procedure, a few small cuts are made in the belly from where a thin tube with a camera is inserted.

Surgical tools are inserted from other cuts.

The laparoscope is connected to a video monitor and the surgeon performs the operation by viewing the live view of the stomach through the video camera.

The surgeon can switch to the open repair method if any problem arises.

This method is better than open repair because it allows better and faster healing and lesser postoperative pain. 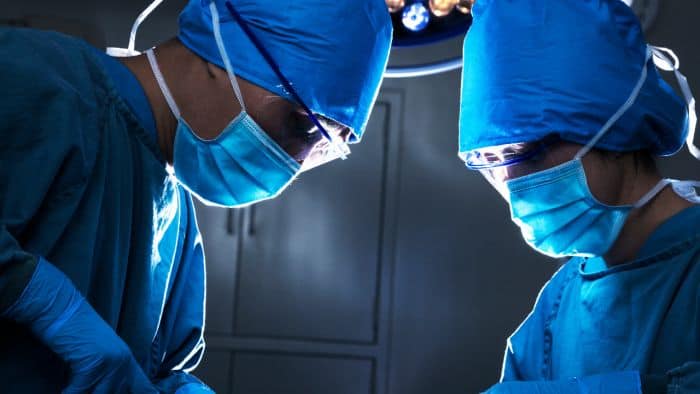 Anti-reflux surgery also known as fundoplication is a procedure performed to fix the malfunctioning fundus or the lower oesophageal sphincter or the improper movement of the oesophagus.

This is done by wrapping a part of oesophagus around the upper part of the stomach and then sewing it back to the diaphragm or the stomach or the oesophagus to seal the wrap.

It is of two types – partial and total fundoplication.

also called Nissen fundoplication, the procedure involves the wrapping of the stomach around the oesophagus at 360 degrees.

This process is done when the reflux disease is extremely chronic or is accompanied by faulty peristaltic movement of the oesophagus causing frequent heartburns.

According to statistics, the laparoscopic fundoplication has been proven extremely safe and effective in treating severe gastro-oesophageal reflux disease and other reflux-related disorders.

The best outcomes are expected in patients with extreme heartburns having abnormal 24 hour pH scores.

Some of the minor but potential postoperative side effects of Nissen fundoplication include dysphagia and gas bloat.

Total fundoplication may involve wrapping of the oesophagus too tightly that does not allow the gas to pass properly causing bloating.

The symptoms of dysphagia or difficulty in swallowing occur majorly after the surgery but may be relieved after 2 to 3 months of the procedure.

In a small number of cases, the symptoms of dysphagia remain persistent.

The precise cause for the same are not well researched but this is believed to be caused due to the construction of the tight, slipped or displaced fundoplication.

Other reasons include impaired oesophageal clearance, peptic stricture and unrecognized relaxation of the smooth muscles of the gut.

In a study involving 100 patients who had undergone partial fundoplication for severe GERD, the follow-ups over 22 months resulted in 51% of patients with recurring acid reflux whereas only 39% show no symptoms of heartburns or acid reflux making the surgery successful.

On the other hand, those who underwent partial fundoplication showed lesser incidences of post operative dysphagia (10% of the total subjects) and improved peristalsis of the oesophagus.

Partial fundoplications thus are reserved for patients who have major issues of oesophageal motility and heartburns resulting from such faulty peristaltic movements.

Total fundoplications are offered to the patients who have lesser issues regarding the movement of the oesophagus and more problematic lower oesophageal sphincter muscles leading to excessive GERD.

this method, though involved in the surgical category, is technically a non-surgical process because it does not involve any cuts in the body.

It is a newly introduced endoscopic method that involves minimal invasion of the body. The process is performed by inserting thin optical tubes containing treatment tools and a camera from the mouth down the oesophagus to do the treatment.

Three types of endoscopic treatments are EndoCinch™, Stretta®, and EsophyX™.

These methods are relatively newer ones and very less is known in detail about their effects and efficacies.

However, they may cause side effects similar to those of other surgical procedures such as damage to the tissue through the optical tube, internal bleeding, and difficulty in swallowing, nausea, vomiting and chest pains for up to or more than a month post-operative procedure.

The doctor advises certain precautions and preparations before the actual surgical procedure which involves certain tests and refraining from some medications.

Tests to measure the extent of acid reflux such as oesophageal manometry (for measuring the pressure of the sphincter), pH probe test, X-ray of the oesophageal motility, or upper endoscopy may be performed.

In some cases, the doctor may advice blood tests such as complete blood count, electrolytes test and liver function tests.

The doctor also advised stopping taking medications such as aspirin, ibuprofen, Vitamin E, Warfarin and any other blood supplements that affect blood clotting, before the surgery.

Refraining from eating anything at least 8 hours before the surgery is also strictly advised and taking any other drug without doctor’s knowledge is not recommended.

There are certain risk factors involved in both the main procedure and the administration of anesthesia during the surgery.

The side effects of anesthesia may include breathing problems such as pneumonia, heart problems, and reactions to certain medications.

The surgical risk factors involve collapsed lung but this is very rare. Cases of damage to the stomach, oesophagus, and liver can also occur but in extremely rare conditions.

Gas bloat is common where the stomach is filled with air or food and the patient is unable to relieve the pressure by burping or vomiting. These symptoms go away after a few days or months of the procedure.

Other common risk factor is pain and difficulty in swallowing, called dysphagia. In most people, this goes away during the first three months after the surgery.

In such conditions, the doctors may prescribe anti-reflux medications to be taken even after surgery .

Surgery has been reported a safe option if the patient needs permanent relief from the anti-reflux medication.

This however, is not really the observed result of surgeries in some cases. '

The patient might need to continue with the drugs even after surgery due to certain complications.

In rare cases where the surgery fails or the swallowing problems develop, the patient might need to undergo the procedure again after sometime in future.

This may occur because the wrap may be too tight or it may loosen up or the hiatal hernia develops again .

GERD is a common disease which develops when low level heartburn turns into a complicated condition due to certain causes such as a hiatal hernia or inability of the sphincter to be naturally extended for proper prevention of reflux.

The condition worsens however, when additional symptoms develop as a result of extensive reflux which is not relieved from one or a combination of medications.

In such cases, surgery is the only option left to provide a long term relief from both acid reflux and its resulting pathologies.

There are many popular anti-reflux surgery options available which are advised by the doctor according to the suitability and need of the patient.

Surgery in most cases treats GERD permanently and is free of persistent side effects.

Thus, it seems to be a good option for those suffering continuously from excessive reflux and the pain of taking high doses of medications daily.