Heartburn is a painful burning sensation experienced in the chest area due to the reflux of acid and other stomach contents in the oesophagus.

This reflux occurs due to the relaxation of the lower oesophageal sphincter triggered usually by poor diet and lifestyle.

Although heartburn is a common discomfort experienced by most people by the time of adulthood, its ignorance can lead to a chronic version called gastro oesophageal reflux disease.

There are several ways to take care of heartburn when it is at initial stages they include home remedies, change in food habits and lifestyle changes.

In this article, we will evaluate how probiotics can help in heartburn.

How Do Probiotics help in Heartburn?

Probiotics are the live bacteria and yeasts that are called the good microorganisms, because they benefit the body, specifically the digestive system.

The microbes present in the probiotic compounds and food supplements are similar to those present naturally in the gut.

The body normally does not need the external probiotic supplements because the gut supports the growth of such microbes naturally.

However, probiotics assist the job of these good microbes and promote their growth which improves the efficiency of digestion and keeps the gut healthy.

The probiotic microorganisms, that are naturally present in the gut include the yeast Saccharomyces boulardii bacteria of Lactobacillus and Bifobacterium families. Outside the body, Lactobacillus acidophilus is a probiotic, found in yogurt.

The probiotic supplements contain these strains of microorganisms in the medium that promotes their growth and the ones which are present already in the gut.

Probiotics may play a role in reducing the symptoms of GERD and heartburn by various mechanisms. Some are listed below.

It is a major causative agent of ulcers and inflammations which are the major risk factors for GERD.

Although there has been described that GERD occurrence is inversely related to H. pylori infection, meaning that this pathogen protects the LES from relaxing and thus preventing acid reflux, it nevertheless causes mucosal infections and ulcers which are the major pain causing conditions in gut disorders including heartburns.

Data suggests that antibiotics successfully treat H. pylori infection up to 90% but it is expensive and causes side effects such as antibiotic resistance.

A cheaper and healthier way of reducing this infection is by the use of probiotics.

Research has demonstrated that consumption of probiotics reduces the number of H. pylori and the resulting inflammation in the gut successfully.

Although probiotics cannot totally eradicate the infection, they are successful in reducing the infection associated side effects and pain to a greater extent.

Regular consumption of probiotics works to inhibit the prevalence of this infection in the first place. 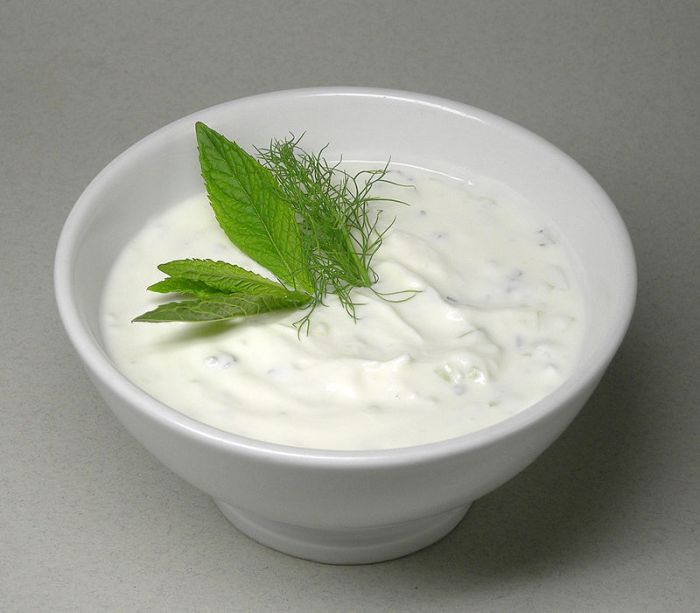 Ulcers are a major cause of pain in heartburns. These ulcers are caused by the burns as a result of prolonged acid exposure in the oesophagus.

A study in rats has shown that probiotics containing a strain of lactobacillus called Lactobacillus rhamnosus colonized on the boundaries of the ulcers and reduced the death rate of the affected cells.

Apart from that, these bacteria also induced the expression of genes such as bcl-2 and certain growth factors such as VEGF which promote the development of vasculature in the affected area and the growth and healing of the damaged tissue.

These results suggest that probiotics may play a major role in reduction of ulcerative damage in heartburn and GERD.

Inflammation is a result of severe damage of the mucosal tissue in the gut due to acid exposure. This further leads to chronic ulcers, pain and other diseases.

Inflammation is a result of the damage induced over-expression of cyclooxygenase gene (COX), the product of which mediates the formation of prostaglandins or the hormone which promotes inflammation and increased immune response in the affected area.

These cells check the level of other attacker immune cells and protect the body from inflammation.

Increase in interleukin 10 levels directly increases T regulatory cells which maintain the level of destructive immune cells and prevent them from causing inflammation.

4. Probiotics reduce the gut transit time of the food

A major cause of heartburn is poor digestion which is marked by the increased transit time of the food in the gut.

A controlled study on elderly humans suggested that probiotics are successful in significantly reducing the gut transit time of the food in a dose-dependent manner by virtue of enhanced digestion of the food.

The results also showed that the beneficial effects of probiotics last long after the consumption of probiotics is totally stopped.

As an example, a commonly used supplement is acidophilus which is available from several supplement manufacturers.

Probiotics are also a major constituent of dairy products such as yogurt, fermented and unfermented milk, buttermilk, and some soft cheeses.

Fruit juices, fermented products, soy drinks and pickles among many other products are an active source of probiotics.

Over the counter probiotics contain a specific microbe which has a different beneficial effect in different diseases.

If the doctor has prescribed a probiotic, all the given instructions of purchase and consumptions should be followed.

If the probiotics are to be taken without a prescription, certain tips must be kept in mind.

Firstly, the label should be read and followed thoroughly. The label contains the information about the strain and its benefits for a particular body ailment.

The label should be familiar and if not known, the pharmacist should be consulted before purchasing.

Secondly, if you are unsure about the strain and the manufacturer, it is safer to first call the company and inquire about the specifications of the strain.

Thirdly, it is better to stick to well-known companies because probiotics contain live organisms.

If at all, they contain any pathogenic contamination, an adverse effect might occur with severe consequences.

Lastly, the storage of probiotics should be done strictly according to the instructions given in the package.

The microorganisms are affected by a specific temperature with respect to growth and development along with various other stages of their lifecycle. So storage should be of prime concern.

The dosage of probiotics differs depending on the manufacturer of the product. Each product lists its own dosage instructions on the packet that should be strictly followed.

The effects of probiotics vary from person to person depending on the health conditions.

For instance, it is not advisable for pregnant women or women nursing babies to consume over the counter probiotics without prescription since there has been very little or no research to support the beneficial effects of probiotics in pregnancy.

In a case of serious health issues, the effects of taking probiotics as a complementary medicine should be closely monitored for any negative consequences.

It is better to first take natural probiotic foods such as soya milk and yogurt before moving on to the probiotic supplements such as tablets, syrups, and capsules.

Possible Side effects and Precautions

It appears that most people consuming probiotics over the counter do not experience any side effects. However, there have been some reports of severe adverse effects for which research is still going on.

Probiotics may cause hypersensitivity, diarrhoea, flatulence and bloat in some individuals who have consumed the product without a prescription, in a wrong dose or for the first time.

Studies show that these adverse effects can also arise from consumption of probiotics in case of allergy and in the condition of severe health issues for with the probiotics couldn’t agree with.

The long-term effect of probiotics in healthy individuals, people with less severe gut problems and inflammation and in children are beneficial but there exists very little scientific evidence to support the same.

Concerns about the quality of these products have also come into the light, where the product doesn’t contain enough microbes as listed on the pack or contains different strains that might not show any benefits or cause adverse effects.

Thus natural food products with probiotic activity such as curd, fermented milk, soya, and cheese are considered best with respect to safety issues.

If at all, over the counter medications are to be taken, they should be of a well known and trusted manufacturer to avoid any future discomforts.

As far as effectiveness is concerned, probiotic food products, unlike medications, don’t need any FDA approval and are most beneficial and safe for consumption.

This means the manufacturers can sell the product just by claiming that they are beneficial and safe.

There has been no research done on which type of probiotic affects what part of the body.

It still is unclear if they provide a benefit at all or is it just psychological.

Despite all these issues, the overall probiotic consumption shows positive results.

Probiotics are not a well-researched area of complementary medicine to treat several common discomforts and gut problems such as acid reflux, but the overall effects of these supplements have turned out to be positive.

Probiotics have been assumed to reduce heartburn and its associated concerns such as inflammation and ulceration to a considerable extent.

There are a few safety concerns about the consumption of probiotic medications without a prescription and thus first time users should be more careful about the same.

More so, it is always better to consult a physician or the pharmacist before taking probiotics to avoid any future complications.