Heartburn is a common alimentary canal disorder in which the lower oesophageal sphincter (LES) which guards the stomach entry opens and allows the contents of the stomach to reflux back in the oesophagus.

The acid thus flowing back in the food pipe causes the burning sensation in the lower chest area.

Contrary to the name, it is not related to the heart but can cause serious problems if not treated in time.

The causes of heartburn include poor diet and lifestyle and can lead to a chronic form called gastro oesophageal reflux disease (GERD) in later stages.

There are several home remedies possible for heartburn, baking soda is one such remedy. Let's find what research has to say about it. 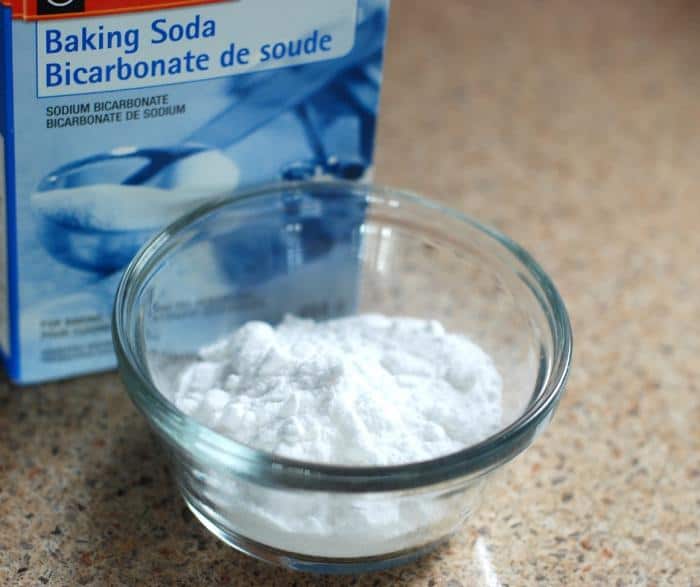 Sodium bicarbonate is also called baking soda and is a major part of the baking powder formulation.

It is one of the best known temporary remedies of heartburn and is being used for centuries all over the world.

There have not been many clinical trials on the use of sodium bicarbonate to treat acid refluxes but it has been approved by the medical practitioners for safe use in almost all patients who consume it with a medical prescription.

Some cases have been reported for side effects which are described later in the article.

Sodium bicarbonate is freely available in the departmental store, it being an active ingredient of bakery items and other foods.

It is also marketed by the names Alka-Seltzer and Omeprazole by leading pharmaceutical companies for medical consumption purposes .

A number of reasons have been stated for the mode of action of sodium bicarbonate to relieve heartburn, all of which mainly rely on a common consensus of it finally neutralizing the pH of the stomach. Some of these are listed below.

Sodium bicarbonate is alkaline in nature and works to neutralize gastric acids.

It is taken by dissolving in water as such and drinking immediately the fizz producing solution.

The fizz is due to the carbon dioxide that is released as a result of the reaction between water and sodium bicarbonate along with the bicarbonate ions.

These ions are needed in access to buffer hydrogen ions in stomach produced to acids and cause neutralization.

It does not really affect the production of acids in the stomach.

It can also be combined with the milk of magnesia and calcium carbonate for a better effect of neutralization of the gastric juices.

Many medicines provide a safe and effective mixture of common alkalizing agents with sodium bicarbonate as a main active ingredient.

It is a relatively less known finding where sodium bicarbonate is found to have another effect on lowering the acid refluxes apart from neutralizing gastric juices.

A study indicates that due to the release of carbon dioxide and an increase in the alkalinity of the stomach environment, the pressure on the lower oesophageal sphincter increases multi-fold within seconds of consumption of this antacid.

The pressure on the sphincter forces it to close and stop the acid reflux episodes which cause heartburns.

It was initially proposed that the alkalinity caused due to sodium bicarbonate stimulates endogenous gastrin production which increases the pressure on LES, but several subsequent studies have found that alkalization of the stomach does not affect the release of gastrin or any other enzymatic component from the stomach cells .

It has been shown that our pancreas secretes moderate amounts of bicarbonate to help neutralize excess stomach acids.

An important causative agent for heart burn-Nicotine, consumed through smoking is shown to have an inhibitory effect on this endogenous natural secretion of sodium bicarbonate in the body by the pancreas, thereby increasing the risk and seriousness of heartburns.

How to Take Baking Soda?

The consumption of Baking Soda/Powder depends upon its source.

Over the counter, versions come mostly in powder form and are taken directly by dissolving in water and consuming immediately, before the effervescence is completely released.

To avoid the bitter taste, Sodium carbonate tablets are available by the trade name of Alka-Seltzer, Omeprazole, and others.

These are to be taken orally with water. Excess water is recommended for better effect.

The chemical can be taken at any time of the day, with or without food.

However, it is recommended to avoid taking it on an overly full stomach. It can have side effects.

It is important to note here that the chemical can have different and even adverse effects on people with different physiological conditions such as high or low blood pressure, pregnancy, congestive heart failure, kidney disease or bleeding in stomach or intestine.

Therefore it is advised to consume baking soda/powder of any kind after the prescription of a medical practitioner only.

Baking soda releases sodium ion in the stomach upon dissociation.

Though these ions have no role in neutralization of acids, they can pose problems for those who are on sodium or salt-restricted diet.

Hence, it should be consulted with the doctor beforehand.

The chemical is also not recommended to be taken regularly for more than two weeks as it may pose other problems such as alkalosis and stones.

If the problem of heartburns is not relieved after long term consumption of sodium bicarbonate, chances are that there is a serious ailment which would require a higher level of treatment and should be reported immediately .

Baking soda should be taken preferably 1 to 2 hours after a meal by dissolving a teaspoonful in about 120 mL of water.

Ideally, it is to be taken in a concentration of 7.5% sodium bicarbonate in water.

Precautions should be taken by people already suffering from heart diseases, stones, internal Bleeding and in pregnancy.

An overdose of sodium bicarbonate or an extra dose meant to compensate for previously missed dose should never be consumed. Studies have indicated for the development of severe metabolic alkalosis in which the overall pH of the body increases beyond normal and causes tissue death.

Other Problems such as nausea, headache, gas, and crams can be in general normal after ingestion of sodium bicarbonate but in case of bleeding; swelling, frequent urination for a long time should be reported immediately.

Baking soda, despite some of its potential side effects, has continued to be a top-level alkalizing agent and efficient heartburn relieving elixir.

It works by neutralizing stomach acids and increasing the pH temporarily.

However, it is not recommended for a long term uses and should always be taken after prescription.