Heartburn is a common ailment associated with a painful burning sensation in the chest due to the reflux of stomach contents including an acid in the oesophagus.

This reflux occurs due to the relaxation of the lower oesophageal sphincter muscle which allows the backflow of acid in the food pipe. Heartburn can be caused due to various reasons but the common ones are poor diet and lifestyle.

If untreated, it can lead to a severe form known as gastro-oesophageal reflux disease or GERD.

There are various aspects other than a diet which can impact heartburn occurrence. Let's evaluate using research if your sleeping position is one of them. 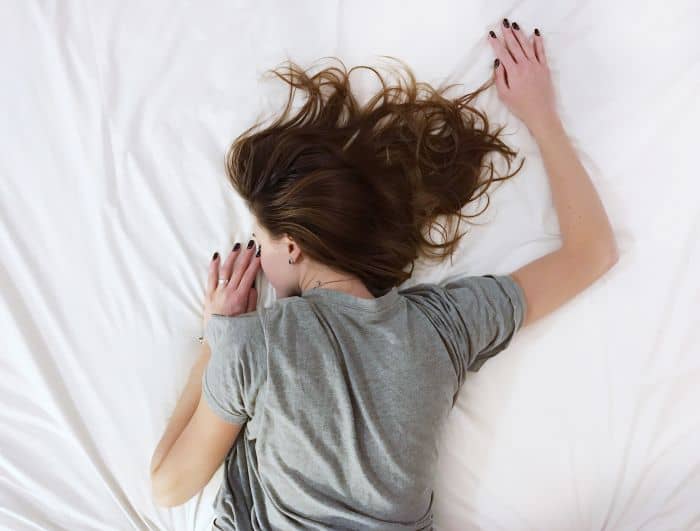 According to National Sleep Foundation, heartburns during sleep are the most prevalent and problematic symptoms of GERD, leading to loss of sleep, sleep apnea or obstructive sleep due to interrupted breathing, daytime sleepiness, and restless leg syndrome.

A majority of heartburn sufferers experience it at night due to gravitational relaxation of the sphincter muscle or lying down immediately after meal.

Researchers have also found that people reporting nighttime heartburn at least once a week have a higher risk of developing oesophageal cancer, ulcers and bleeding due to the destruction of the oesophageal wall from acid exposure.

There is also a very strong association between GERD and sleep apnea. Sleep apnea is characterized by shallow breathing during sleep with pauses that can last from a few seconds to over a minute.

This can happen as much as 30 times an hour followed by regular breathing with a loud snort and snore. Sleep apnea can affect the daytime activity because of lethargy and lack of relaxed deep sleep.

A study conducted showed that treatment of GERD reduced the symptoms of sleep apnea to a significant level proving that GERD has a prominent negative impact on the development of sleep disorders like obstructive sleep apnea.

While sleeping, there are a number of sleeping positions possible, with a different scientific nomenclature, each of which are relevant for development or reduction in heartburn.  Sleeping of either side, left or right is called lateral decubitus, while sleeping erect on the back is called supine. Another position, which is sleeping on the stomach, is called prone.

Here it is the same explained in an image form -

Studies have claimed that sleeping positions greatly influence the development of heartburns during night time.

Sleeping on the right side has been demonstrated to exacerbate the symptoms of acid reflux.

One hypothesis suggests that this happens because the gastro-oesophageal junction lies just above the level of gastric acid in the left lateral position, meaning that in the right position, the stomach lies above the esophagus, making the acid flow more easily in the food pipe causing heartburns.

Whatever the reason may be, the total reflux time, acid clearance time and lower oesophageal sphincter relaxations have been reported to be prolonged and persistent in people sleeping on the right side.

Though less severely affecting than right lateral decubitus, the supine position of lying straight on the back is also a bad position for patients with heartburn or GERD.

This is based on the fact that stomach acid is more likely to reflux back when the patient is lying flat, due to the gravitational factors.

Studies conducted on this position show that supine position is associated with prolonging acid exposure of the oesophagus, making it difficult to treat heartburn.

However, an elevation used in this position reverses the effect.

Patients who use elevated HOBs or wedges of about 28 cms, as conducted in a study show faster clearance of acid and less oesophageal acid exposure.

These effects are consistent with sitting upright position because in both sitting and elevated supine position, gravity pulls the stomach acids down their normal path and there is no reflux of acid

In contrast to the effects of supine position in adults, infants are advised to be slept flat on their backs without any elevations or wedges or supporters.

There has been no effect demonstrated of better heartburn prevention in an elevated supine position, rather is strictly unadvisable.

Use of elevating wedges or pillows for an infant might lead the baby to slip down the elevation in sleep and asphyxiate itself, causing sudden death.

Tummy and side sleeping position can also lead to loss of oxygen for the infant leading to increased fatality.

There has been very less evidence on the adverse or beneficial effect of prone position on heartburn.

In fact, it was once advised as the best position to treat heartburns in infants. Though the effect of prone posture in infants is positive in treating heartburns, it is not recommended now because of the increased risk of asphyxiation and sudden infant death.

4. Left lateral decubitus is most beneficial for heartburn

In patients with GERD, postprandial night time reflux was shown to be reduced with left side sleeping due to less retention of acid in the oesophagus, faster clearance time and less chance of reflux of acid, avoiding heartburns and promoting better sleep.

While on the left side, the stomach is positioned below the oesophagus, making it less likely for the acid to flow against the gravitational force up in the oesophagus.

This reduces the risk of heartburn and GERD.

There are a variety of sleeping aids available which help in amelioration of the symptoms of heartburn.

Most of these commodities are sleeping wedges and elevators which help in an elevated supine position or elevated left lateral decubitus position to help acid flow down its natural way in the stomach.

These wedges are generally made of latex or soft spongy material to avoid any sort of discomfort.

These are easily available over the counter by various leading brands like European sleep works solutions.

There are also certain sleep positioners available to help babies sleep in one position such as left laterally, on the back, elevated on the back or on the stomach.

Though these positioners have proved to be effective in treating and preventing infant heartburns and GERD, FDA has issued a public warning against the use of such positioners because they might lead to sudden infant death due to suffocation. So be careful.

There are not many precautions to be followed while sleeping on an ideal position to relieve heartburns for adults but as mentioned before, infants need to be taken care of.

No sleeping aids should be used to position the infants as they might lead to suffocation.

Sleeping positions put a lot of influence on the development or in amelioration of heartburns. Lack of sleep due to GERD can lead to severe diseases like cancer and sleep apnea.

Out of the common positions, while sleeping, the left lateral position has been found to be most effective without any sleeping aid.

If sleeping aid like the elevator is used than lying on back in supine position is considered the best for the acid to work its way down the alimentary canal, as pulled by gravity.