Heartburn is a painful burning sensation experienced in the chest area due to the reflux of acid and other stomach contents in the oesophagus.

Contrary to what the name suggests, it has nothing to do with heart but occurs due to the malfunctioning of the lower oesophageal sphincter (LES) which in turn is caused due to poor diet and lifestyle.

Heartburn is a relatively common disorder but can turn into a severe form called gastro-oesophageal reflux disease if not taken care of.

Electroacupuncture and its Role in Treating Heartburn 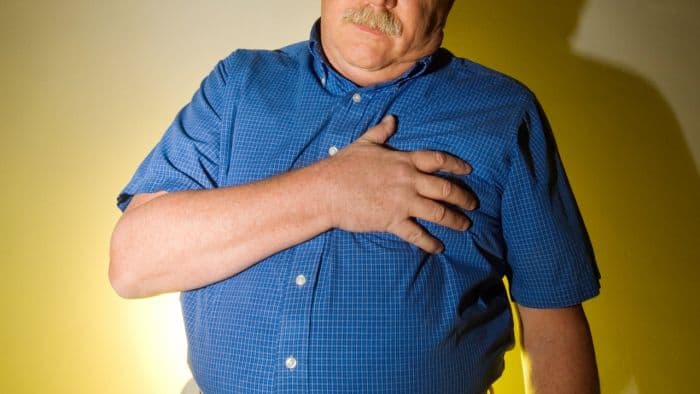 Electroacupuncture (EA) is a method of application of pulsating electrical current to the needles punched into the acupoints of the body in order to stimulate these points.

It was originally developed in China and is an extension of the hand manipulation of the acupoints to cure certain disorders.

The procedure for EA is to plunge needles in the skin area of the acupoints and connect the needles to the electrodes where the pulsation voltage can be controlled.

The benefits of using electrical version of acupuncture are:

1. It is a better and automatic substitute for hand maneuvering

This controls the amount of stimulation a patient needs to get which is not possible in manual acupoints stimulation as each practitioner might have a different hand pressure.

It can also be used for production of stronger stimulation for problems like paralysis.

This is not possible with conventional acupuncture because the needle manipulation by hand might cause tissue damage due to lack of steadiness.

Electroacupuncture is useful for treating or alleviating the symptoms of several diseases involving neurological function, cardiac functioning, spasms, and paralysis.

In GERD, EA helps in reducing the transient LES pressure relaxations which are majorly responsible for acid reflux.

Although most of the research involving GERD and EA is still in its preliminary stages, it is certain that EA can treat heartburns successfully in some patients.

There are several mechanisms proposed for the action of EA on amelioration of heartburn, but most of the research is done on animal subjects and not on humans.

The time of gastric emptying is related to the effectiveness of digestive capability of the stomach.

This, in turn, affects the rate of occurrence of acid reflux as delayed gastric emptying means poor digestion and more chances of acid to reflux back in the oesophagus.

Experiments done on canine models (Dogs) have shown that Electro-acupuncture increases the rate of emptying of the stomach by stimulating the myoelectrical activity of the stomach.

Myoelectrical activity is the conduction of nerve impulses in the muscle fibers when a signal from brain is received to perform digestion.

This signal is stimulated and enhanced by the application of electrical pulses which increases the efficacy of digestion by the stomach muscles.

Another study on cats has revealed that application of EA therapy at PC6 or neiguan point reduces the frequency of transient LES relaxations which is the major cause of refractory of drug-resistant heartburn.

Neiguan point is located on the forearm at the anterior side.

Stimulation of this point is frequently used to relieve nausea, chest pain and stomach anxiety .

This recent study on cats showed that applying EA on this point alleviates GERD possibly by acting on the brain stem, which may be mediated by the release of Nitric Oxide, an important messenger molecule, the CCK-A and Mu-opioid receptors which are present on the cells in various locations along the brain and the spinal cord.

The mu-opioid receptor is the major target or drugs like opium and is responsible for pain relief.

Studies on rats have indicated that Electroacupuncture stimulation of ST-36 point on the hind limbs increases gastric motility which enhances digestion and assimilation, reducing the occurrence of gastrointestinal disorders including heartburn.

This increase in motility is supposed to be due to the vagal efferent nerves and the opioid pathways, previously described to be involved in the decrease in LES relaxation frequencies.

Another interesting study using EA at Zusnali point was done on rats.

Zusnali point is present below the knees and is yet another acupuncture point previously shown to increase blood flow, reduce inflammation and decreasing arterial pressure.

It is also called ST or Stomach 36, previously shown to affect gastric motility. This study showed that the application of Electro-acupuncture stimulated the LES and increased the LES pressure significantly.

LES is required to be in a high-pressure state so as to avoid its relaxation and opening, which causes acid reflux.

Gastrin is a peptide hormone that induces the secretion of gastric juices for the digestion of food.

Gastrin release is also associated with maintenance and repair of the gastric mucosa to protect it from the injury caused by the gastric acids.

Research on rats has shown that application of Electro-acupuncture on the ST 36 region increases the serum gastrin levels in the blood that is directly correlated with the increased gastric juice secretion and thus efficient digestion.

The major problems of heartburn arise due to the erosion of the gastric mucosal layer and initiation and spread of inflammation and injury which causes pain and ulcers.

EA stimulation of acupoints SMFY and GMFY, present in feet, have shown that EA induces protective effects on the gastric mucosal lining thereby preventing the erosive and damaging actions of the gastric acids.

This directly provides relief from pain and burning sensations caused due to acid reflux.

Pain in the chest sometimes arises when acid reflux makes the oesophagus hypersensitive.

Transcutaneous electrical nerve stimulation done by providing EA has been shown to directly reduce pain induced by oesophageal hypersensitivity to the refluxes making this therapy effective as an analgesic .

A common EA stimulation device gives a current of 10-80 milliamperes with an adjustable voltage ranging from 9 to 45 volts.

Many of the devices have an AC adapter to avoid the frequent replacement of batteries.

Since the body in an insulator, there is virtually no current sensed through the body but there is enough voltage stimulus for the patient to feel it, which is often a tingling pulsating sensation.

The duration of standard Electroacupuncture treatment is 10 to 20 minutes and rarely exceeds 30 minutes.

For extreme cases such as neurological disorders and paralysis, the voltage and current are preferably increased along with increasing the time to around one hour as these disorders are difficult to penetrate and to treat.

Some devices also exercise direct current but the use of such current is discouraged because of possible side effects due to reasons like stalling of the therapy in between due to the failure of the device.

In the device, the negative electrode is connected to the needle and the positive to the electrical device.

Unless the needles are properly placed firmly, the device should never be switched on as the movement might affect an adjacent nerve to cause a side effect.

The areas that are more sensitive to electrical currents are the face and the regions below the elbow and knee.

These regions should be subjected to the minimum current possible which can be sensed by that area to avoid any future discomfort.

The patients who have not received any kind of acupuncture therapy should undergo the standard acupuncture first to see if they tolerate the therapy well.

If the effect is positive, they should then move on to the EA therapy starting with the minimum voltage.

Possible Side effects and precautions

Acupuncture is a 3000-year-old Chinese therapy which is highly effective for most people around the world.

An improved version, electroacupuncture is much more effective than conventional acupuncture but carries a number of side effects like cardiac tamponade, where the blood fluid pumps up in the space between the cardiac muscles.

It can also cause hepatitis, spinal lesions and skin infections besides infections and vascular discomforts.

However, most of these side effects arise due to the lack of proper treatment or regulation of the voltage or failure to apply proper sterility techniques and medical practices.

For instance, reuse of the needles without sterilization can easily cause infection or even communicable diseases and broken needles can cause sepsis and hepatitis.

If care is not taken with the voltage then cardiac and pulmonary disorders can arise. Some extreme cases may also lead to spinal injury or even death.

Since all these examples are a  result of carelessness while imparting the therapy, the only precaution that should be taken is to always consult a registered and experiences Electroacupuncture practitioner who would suggest and give a proper therapy based on the body type, requirement, allergic reactions and the severity of the disorder.

Electroacupuncture is a relatively new but very successful and effective technique to cure heartburn.

Though not much research has been done on the safety and mode of actions of this therapy, and even less is scientifically proven for human subjects, this therapy marks the onset of a promising cure to many of the medically incurable or refractory disorders.

If the therapist and the amount of therapy given are right, electroacupuncture definitely has the power to treat heartburns and even its chronic form, GERD which in certain cases is resistant to conventional drugs or even surgery.