Heartburn is a common physiological condition characterized by a painful burning sensation in the stomach or upper chest.

It is caused by the reflux of acid from the stomach to the oesophagus due to the relaxation of the lower oesophageal sphincter, a muscle that is supposed to keep tight and prevent the backflow of stomach contents.

This relaxation of the sphincter muscle is usually a result of poor diet and lifestyle, though other conditions such as obesity, might be responsible for it too.

Heartburn if taken seriously, is an easily treated disorder using home remedies and lifestyle changes. But its ignorance can lead to a more chronic and problem-some disorder called gastro-oesophageal reflux disease.

In this article, we discuss the use of Anise, an aromatic plant and see if it can help in heartburn. 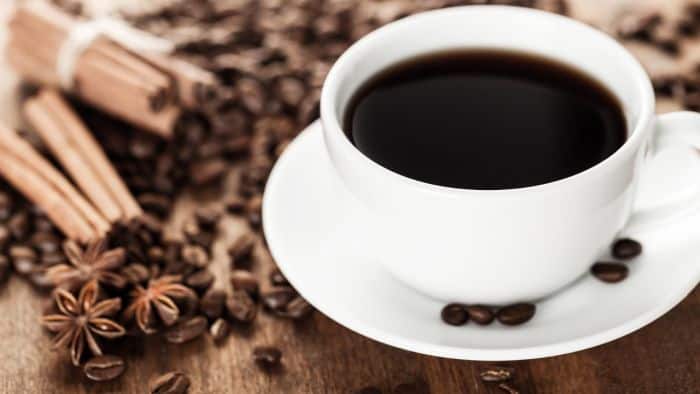 Anise is an aromatic plant which has been used widely in Iranian medicine for its seeds/fruits, leaves and less frequently its roots for making medicinal drugs.

Aniseed has long been used for medicinal purposes and is frequently used for many gastrointestinal disorders like ulcers, nausea, gas, indigestion, heartburn, and spasms.

Aniseeds contain 1.5-5% essential oil and other aromatic constituents besides chemicals having potent medicinal properties, which are all responsible for displaying different healing effects in the gut to treat heartburn.

Ulcers are an uninvited consequence of heartburn as the prolonged acid exposure of the oesophagus, damages the mucosal membrane of the gut wall, resulting in the painful ulceration.

In experimentation on rats, it was demonstrated that the aqueous extract of aniseed was very effective in reduction of gastric ulcers along with showing a gastroprotective property on the mucosal membrane on the gut against acid exposure and damage.

The anti-ulcer property of anise has been supposed to be due to its inhibition of prostaglandin-mediated injury which is one of the major causes of ulceration in the gut.

Heartburn is characterized by a classic symptom of stomach spasms or pain.

The smooth muscles of the gut undergo abnormal contractions as a result of acid exposure and mucosal layer damage that triggers those spasms.

Anise extract has been shown to reduce or control the spasms created artificially by seizure-inducing agents in rats.

Prolonged acid exposure and mucosal damage cause inflammation in the gut by activating the damage induced enzyme – cycloxygenase 2 or COX-2. T

his enzyme, in turn, mediates the activation of other inflammatory pathways such as NF-ƙB and acts as a catalyst for the production of inflammatory molecules such as prostaglandins.

Anise essential oil in conjunction with other essential oils from sources such as fennel, cumin, and caraway was studied in research for its anti-inflammatory activity in rats.

It was demonstrated via this study that anise has potential anti-inflammatory activity as its components can exert an inhibitory effect on the COX-2 enzyme as well as NF-ƙB pathway, thus blocking the production of pro-inflammatory molecules.

Indigestion is one of the major causes of heartburn as it increases the retention time of food in the stomach, decreasing the pressure on the sphincter muscle, leading it to open up and cause reflux of acid.

Anise has long been in use to cure indigestion or dyspepsia and a randomized trial on 20 patients of indigestion in a study revealed that it can significantly reduce the retention time of food in the stomach, thereby reducing the transit time of food from the gastrointestinal tract, curing indigestion, constipation and ultimately, heartburn.

Inflammation in heartburn is not just caused by certain pro-inflammatory molecules like prostaglandins but also due to damage induced reactive oxygen species.

These reactive oxygen radicals are activated by the acid damage of mucosa in the gut and cause tissue death, leading to massive inflammation and ulceration.

In a study on water and ethanolic extracts of aniseed, it was demonstrated that aniseed has a property of scavenging peroxide radicals and its components have a reducing power, effectively neutralizing the oxidative effects of the harmful peroxide radicals.

It was also showed while both water and ethanolic extracts showed positive results, water extract of aniseed was more effective in showing anti-oxidant properties than the ethanolic extract.

Indigestion and heartburn can sometimes cause nausea as the acid and other stomach contents tend to reflux back up in the food pipe.

This nausea and anxiety are successfully treated by the aroma of aniseeds or aniseed essential oil therapy.

Helicobacter pylorus is a pathogenic organism of the gut which causes infection and ulcers.

It can be accompanied by heartburn to exacerbate the effects of acid-induced ulceration and increase the pathological symptoms of the same.

In a study on a methanolic extract of aniseed, it was shown that a concentration of 100 micrograms per milliliter of aniseed extract had an effective inhibitory effect on the growth and development of this pathogenic organism, thereby preventing the worsening of ulceration during heartburns and other gastrointestinal disorders.

Dosage and Consumption of Aniseed

There has been insufficient research on the proper dosage and consumption method of anise or aniseed, however, according to the traditional medicine; it is popularly taken in along with different herbs or as a tea to relieve certain disorders, including heartburn.

The only research made on aniseed to be taken is for spasms, for which it is advised to be taken in concentrations of 500 mg in specific combinations with other herbs such as celery seeds and saffron, three times a day.

Non researched doses involve preparations of aniseed in a tea by brewing 1-1.5 teaspoons of anise seeds in water either alone or with other heartburn relieving herbs such as licorice, fennel (another substitute of anise, giving similar effects), yarrow, caraway, and celandine amongst others.

Aniseed tea is also available commercially either exclusive or in conjunction with some of the above-mentioned ingredients.

The dosage for commercial tea as directed on the label and should be strictly followed.

Other than the commercial tea, homemade herbal anise tea is taken once to thrice a day depending on the extent of gastric discomfort.

It should be noted that anise seed for gastric disorders, being discussed in this literature belong to the plant Pimpinella anisum.

Other varieties of anise called Chinese or Japanese anise that belong to the plants Illicium verum or Illisium anisatum respectively and popularly called star anise are also frequently used in tea.

Star anise has been controversially targeted for causing seizures in children when it was administered for treating colic and consequently, has been considered harmful.

Thus star anise should not be confused with aniseed and care should be taken while purchasing.

Also, due to lack of proper research and evidence, it is advised to avoid star anise by all age groups for treatment of gastric disorders and limit aniseed to the only adult and start the dosage by small amounts at first to monitor any side effects and prevent any future problems.

Though aniseed has not been reported to cause any major side effects, it should not be given to infants and children due to lack of proper research and to avoid any future discomforts.

A similar case is with pregnant women where it is considered likely safe and thus should be avoided during such time to prevent problems.

It can cause allergies in people who are already allergic to similar plants as anise, in which case again, aniseed should be avoided.

It is not advised to use in a hormone-sensitive condition such as in breast cancer, ovarian cancer or in uterine fibroids as it contains compounds with properties similar to estrogen and may cause problems.

A doctor should always be consulted in case of doubt when having such hormonal disturbances.

Anise is known to interact with drugs dealing with estrogen, such as birth control pills and thus care should be taken while taking anise at the same time of administration of such hormonal drugs.

It is also known to interfere with anticancer drug tamoxifen as well as an anticoagulant called warfarin.

Anise is a traditional and highly effective herb to treat heartburn.

It can help in heartburn by a number of mechanisms such as relieving inflammation, ulceration, indigestion, nausea, and pain.

Despite its effectiveness, lack of proper research makes this herb a little risky to be taken without any professional advice and thus, care should be maintained while using it for medicinal purposes to avoid any side effect of discomfort.